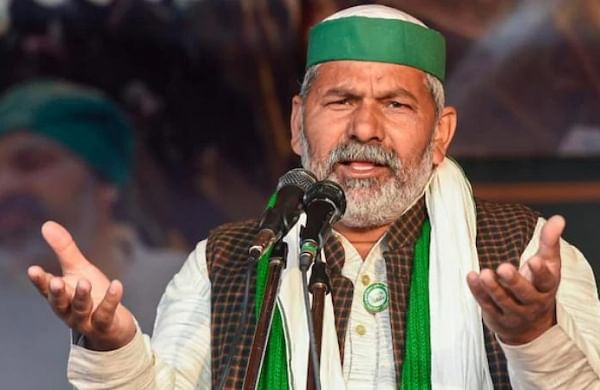 The BKU spokesperson Rakesh Tikait on Saturday announced that he will visit Uttar Pradesh’s Lakhimpur Kheri for 3-4 days from January 21 to meet the violence-hit farmers’ families. The organization will also discuss and form a strategy on the further course of action of farmers, he said.

The decision has been taken in the Samyukt Kisan Morcha’s meeting at the Singhu border (Kundli border) of Delhi-Haryana.

It has been decided in the meeting that more than 20 farmers’ organizations contesting the 2022 Punjab Assembly elections have been sacked for 4 months.

Earlier, the SKM had declared that it was a completely non-political organization but as soon as the protest ended, many organizations that were leading the farmers’ protest had announced to contest elections in Punjab.

The BKU leader Gurbnam Singh Chadhuni had first had announced his party and entered the Punjab Assembly elections.

Speaking on the farmers’ issues, another BKU leader Yudhvir Singh said the Centre has neither formed a committee on MSP nor approached the farmers. The Centre hasn’t removed MoS Ajay Mishra whose son is the prime accused in Lakhimpur Kheri violence.

If govt doesn’t respond to our demands then the farmer bodies will celebrate Virodh Diwas across the country on January 31, Singh said.

Farmer protest that was started in August 2020 and ended in December 2021 under the banner of SKM.