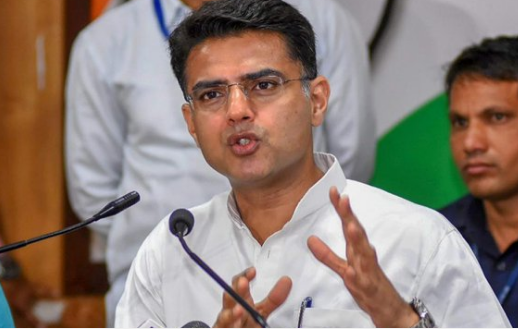 Congress President Sonia Gandhi on Thursday held a meeting with Rajasthan Congress leader over his future role ahead of next year’s assembly elections in Rajasthan. The final call on his role and responsibilities in Congress will be taken by the Congress president, the report said.

There are also reports claiming that Pilot has expressed his fervent wish to become Chief Minister.

Earlier, Sachin Pilot, who is among Rahul Gandhi’s closest aides, was holding the post of Rajasthan Congress chief and Deputy Chief Minister, both of which he lost when he rebelled in 2020.

Over the last two years, the Congress has been facing a series of high-profile exits of their party leaders like Jyotiraditya Scindia, Jitin Prasada and RPN Singh. Notably, they all switched to the BJP.

On Wednesday, Rajasthan Chief Minister Ashok Gehlot attended the presentation given by poll strategist Prashant Kishor along with his Chhattisgarh counterpart Bhupesh Baghel.

Congress President Sonia Gandhi had yesterday arranged the meeting with poll strategist Prashant Kishor, who had suggested more powers for the young leaders and if his ideas are accepted, Pilot may be given a bigger role.

A day later, Pilot was called to New Delhi triggering speculations of Congress makeover and a larger role to be given to him.

Another report said that Pilot shall also discuss issues of Rajasthan with Congress President Sonia Gandhi and tips to strengthen Congress in Rajasthan before the Assembly polls next year and the 2024 Lok Sabha elections.

As there are many vital positions lying vacant at district and block levels, the issue of their earliest filling shall also be discussed, the report said.