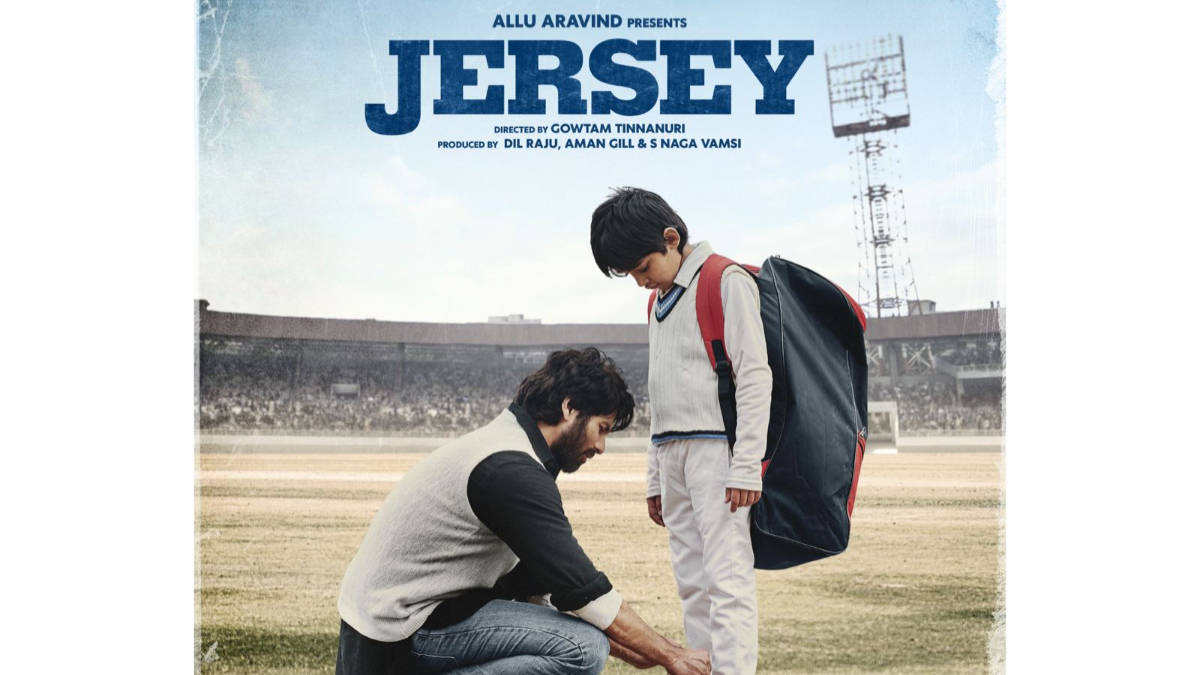 Shahid Kapoor and Mrunal Thakur starrer Bollywood movie Jersey is all set to release tomorrow in theatres near you. The makers of Jersey have been pushing the movie for quite some time now. Sometimes due to covid restrictions and sometimes due to clash with bigger movies like, KGF Chapter 2 and RRR.

However finally the makers of Jersey hosted the screening of the movie, a day before its release. Several Bollywood celebs did not only attend the advance screening but also praised the sports drama with generosity. Varun Dhawan, Ishaan Khatter, Kunal Khemu and Rakulpreet Singh and Shashank Khaitaan are among some of the celebrities who took to their respective social media accounts to shower praise and love for the film.

Shahid Kapoor’s younger brother and Bollywood actor Ishaan Khatter heavily praised the film and wrote on his Instagram Story, “I can promise the feels are real. As a brother, I’m filled with pride, as an actor with respect. And as an audience I am filled with admiration for my powerhouse bhaijaan, Shahid Kapoor. Thank You for sharing what you did through this character.”

Ishaan also congratulated the director and his step father declaring him the ‘master of his craft.’ And lastly Ishaan has something to say for the leading lady of the film, Mrunal. He said that the Love Sonia actor was ‘radiant and lovely as ever.’ Apart from Ishaan, Bollywood actor Varun Dhawan also praised the film and in his Instagram story he wrote, “This one is all heart with stellar performances. Hats off to pull this film off during the pandemic.”

Seems like Shahid Kapoor’s biker buddy, Kunal Khemu was super impressed by the direction and acting done in the movie Jersey. Hence that’s why he had lots to say. Kunal uploaded the poster of Jersey and wrote, “Film about sport, passion, unfulfilled dreams, choices, relationships, and above all, the love for family. My brother, Shahid Kapoor just like Arjun in the film, you are in top form and play your part on the front foot from start to end. Your hard work, effort and effortless charm came through in every scene. Totally loved you in the Jersey.”

Rakulpreet Singh, who herself is busy with the ‘Runway 34’ promotions attended the Jersey screening and took to social media to applaud the film. The actor wrote, “What a stellar-performances by Shahid Kapoor, Mrunal Thakur and Pankaj Sir. You guys made us all cry. Congratulations because this one is a sixer.”