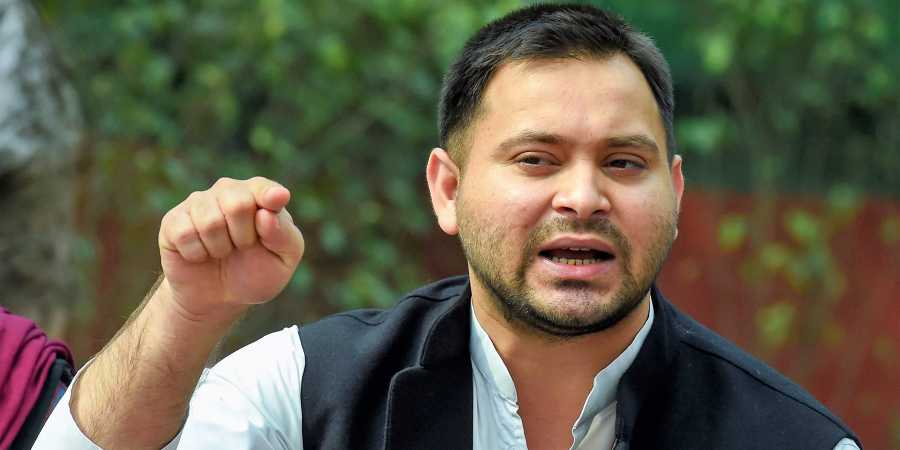 Rashtriya Janata Dal chief Tejashwi Yadav on Thursday took a dig at Chief Minister Nitish Kumar for Bihar being named as India’s most backward state. The Centre has said in the Parliament that according to the NITI Aayog’s report, Bihar is the most backward state in the country, triggering a new political controversy in the state with the double engine government, where the NDA and Nitish Kumar’s Janata Dal-United (JDU) is in power.

Mocking Nitish Kumar in the Bihar Assembly, Tejashwi Yadav asked why despite a double engine government, Bihar is slipping on all the parameters.

The Centre was responding to the questions in the Lok Sabha by a Janata Dal-United MP, Rajeev Ranjan Singh, who is also the party’s leader in the Parliament.

Singh had raised a few questions in Lok Sabha on whether NITI Aayog’s Sustainable Development Goals report of 2020-21 had said Bihar is the most backward State in the country and if so, what are the reasons for the backwardness of Bihar. He also asked whether the Central government was considering the long-pending demand for special status for Bihar.

However, in his written reply to the questions, Union Minister Rao Inderjit Singh said that according to NITI Aayog’s report, Bihar’s composite score — (52 out of 100) was the lowest among all states.

The minister attributed Bihar’s poor score to factors like poverty, the worst literacy rate in the age group of 15 years and above, and the lowest number of mobile and internet users.

According to the report, Bihar has the lowest literacy rate of 64.7 percent in those who are 15 and above. At least 33.74 percent of the Bihar population lives below the poverty line, 52.5 percent suffers from multidimensional poverty. The state also has the lowest number of internet subscribers (30.99 per 100 people), and mobile users (50.65 per 100 people), Rao Inderjit Singh said.

In other India news, a complaint has been filed against Anurag Kashyap‘s short film in the Netflix anthology Ghost Stories for the distressing scenes