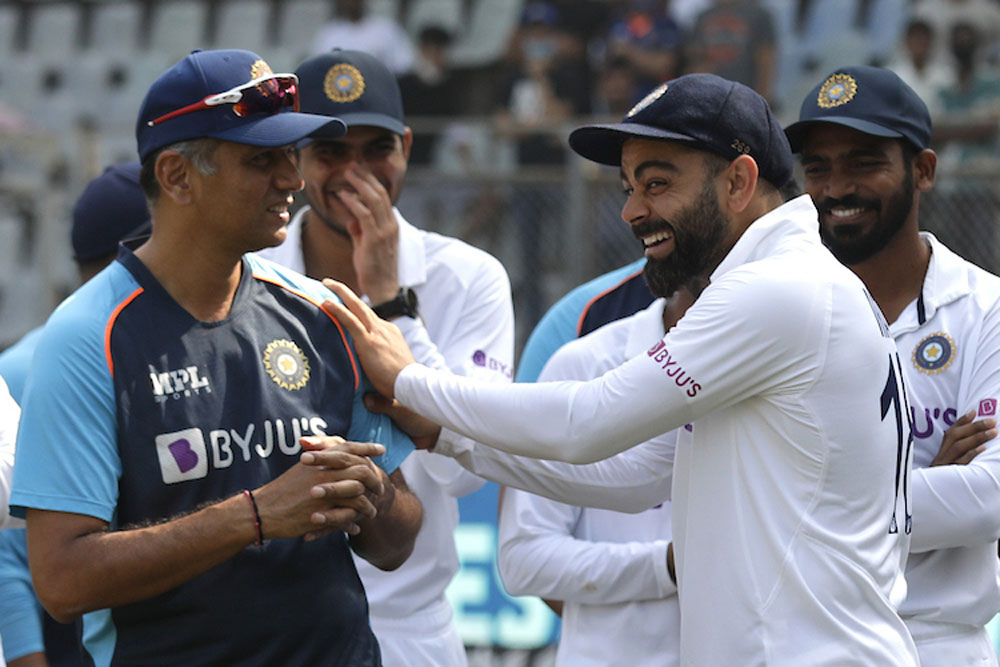 While talking about Virat Kohli, Rahul Dravid said, “Virat is an incredibly fit guy. He’s one of the most hard-working cricketers I’ve ever come across. His desire, his hunger, his attitude to looking after himself, his preparation is really commendable.”

During the virtual press conference, Dravid further added, “The way he played the practice game against Leicester, with the kind of conditions out there, he 50-60. I think he’s ticking all the right boxes. Virat Kohli is doing what he needs to do to come out of this rough patch.”

Kohli had hit his last century in 2019 against Bangladesh and ever since, Indian fans have been waiting to see former cricketer make a century. But with this century less years too, Kohli still has the highest regard and respect in the cricket world and is still feared by world class bowlers.

Now the Indian fans are eagerly waiting to see Kohli display his aggressive side against England. Team India is currently in Birmingham for the last Test match against England. It will also be followed by One Day Internationals and T20 series.

Viral: 7 people on 1 motorcycle! Watch to know what happens next!