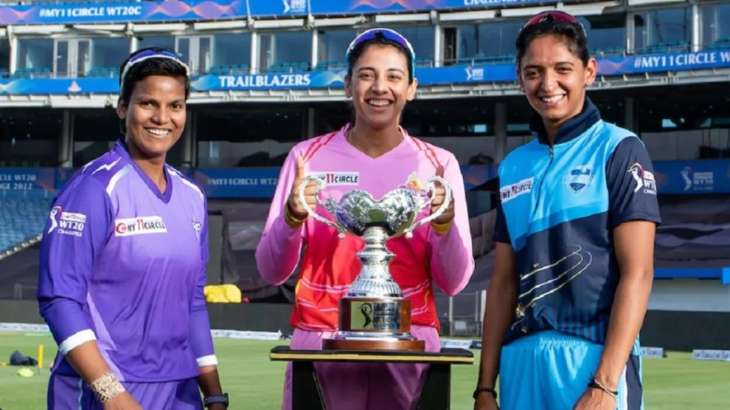 Market experts say that the teams are expected to shell out in the “range of 500 to 600 crore INR” per team in the closed-bid auction.

Industry insiders believe the WIPL to be full of huge potential and expect a “few bids” in the Rs 500 crore range, adding that upwards of Rs 800 crore would be a bit ambitious but not totally unexpected.

Corporate giants such as Adani group, Torrent group, Haldiram’s Prabhuji, Capri Global, Kotak and Aditya Birla Group have shown interest in buying a team. They are among at least 30 companies who have bought the bid documents worth Rs 5 lakh including all the 10 men’s IPL teams.

Some of these companies were unsuccessful when BCCI invited bids for two new men’s teams in 2021.

Among the traditional IPL teams, Mumbai Indians, Rajasthan Royals, Delhi Capitals, KKR could seriously contemplate to add to the bouquet of their already existing men’s teams across the globe.

Market insiders say, there are two principles according to which the bids are place by business houses.

First is “Return on Investment” (ROI)- the core principle of any business. It is profit on what an entity spends.

The second one isn’t a business principle as such but in business community they call it “Return of Ego”, which is something where some of the biggest business names are ready to shell out any amount if they have their eyes on buying a particular property. Even if it takes five to seven years for breaking even.

It’s about wanting to purchase something at any cost. An existing IPL franchise with its “steady revenue stream” in place can afford to “bleed” a bit more in initial years which is imperative.

A report quoted a former IPL franchisee official, who once worked on bids, explained the mindset behind the bidding process.

He said that the major earning chunk for a franchise comes from the BCCI media broadcast revenue which is distributed. Second is a is a share from BCCI’s central pool of sponsorship, while third is a franchisee’s own set of sponsorship earnings. Fourth is gate sales, money earned from tickets.

According to the official, the in case of Women’s IPL, the BCCI is going to share 80 percent of media rights money with the teams as opposed to the 50-50 arrangement it has with the men’s IPL teams.

So, if Jio has brought media rights for five years at Rs 950 crore (approx) which is roughly Rs 190 crore per year. So, 80 percent of 190 crore is 152 crore, is what the franchise gets over a period of five years which approximately Rs 30 crore per annum, he explained.

Elaborating further, he added that BCCI will also distribute a chunk of its central pool of sponsorship (title sponsor, co sponsors, various award sponsors) also with franchise. Add to it franchisee’s own revenue pool also. So it could be anything between Rs 15 to Rs 18 crore per year.

This takes up the yearly earnings for a team around Rs 50 crore.

The official elaborated on the expected yearly expenses of a team including the Rs 100 crore franchisee fee to be around Rs 130 crore, so the franchise owners can expect a loss in the orbit of Rs 50 crore or more for the next few years.It

However, he adds, the catch is that the legacy men’s IPL franchises are better placed to offset these losses as they are already making profits after 15 years of IPL. They will club their men’s and women’s team together and perhaps quickly make the profit zone.

The five-team WIPL will be played in the month of March in Mumbai at a couple of venues. 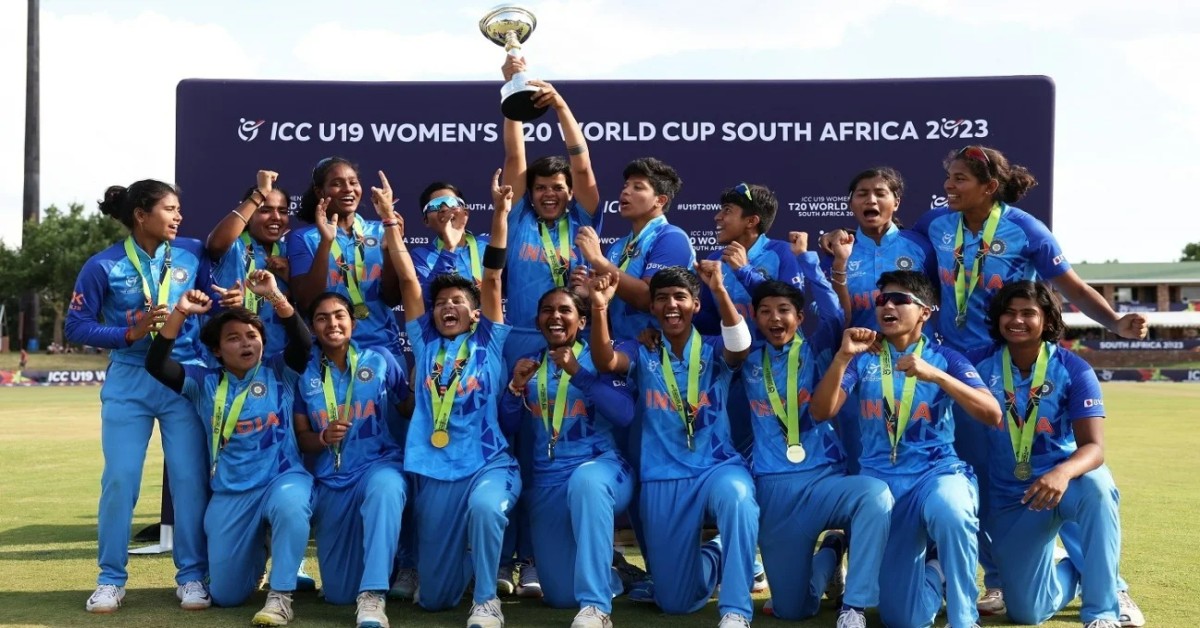 The 15-member team that won the Under-19 Women’s T20 World Cup 2022 has been specially invited by the BCCI for the India vs New Zealand 3rd T20I match. Before the match, cricket legend Sachin Tendulkar will felicitate Shefali Verma’s team. During this, Board Secretary Jai Shah will also be present.

The U19 Indian team will watch the 3rd T20I between India and New Zealand Live at the Narendra Modi International Stadium, Ahmedabad. Men in Blue and Black Caps would want to win the series decider as the guests had won the first match and the hosts won the second match and equalised the series by 1-1.

Now the third match of the 3-match T20 series between India vs New Zealand will be played on 1st February. In this match, both the teams will clash at Ahmadabad’s Narendra Modi International Stadium. The series decider will begin at 7:00 pm and the toss will be held at 6:30 pm.

For the unversed, The International Cricket Council organised women’s under 19 World Cup for the first time. Team India defeated New Zealand and entered the finals, while England defeated Australia and made it to the final clash. However, Indian bowling attack broke the backbone of English batters and restricted them for just 68 runs.

In return India, on the loss of two wickets easily scored 69 runs and created history by winning the first ever U19 Women’s World Cup 2022. This historic moment was celebrated all over the country. Not just cricketers, but Prime Minister Modi, several celebrities and politicians applauded the Indian women’s for raising Indian flag the highest.

The 15 member women squad has been invited at Narendra Modi International stadium and will be felicitated before the match. The women’s team will also enjoy the match live. Hence, Men In Blue would want to win the match and set the right example.

both the teams will clash at Ahmadabad’s Narendra Modi International Stadium. The series decider will begin at 7:00 pm. 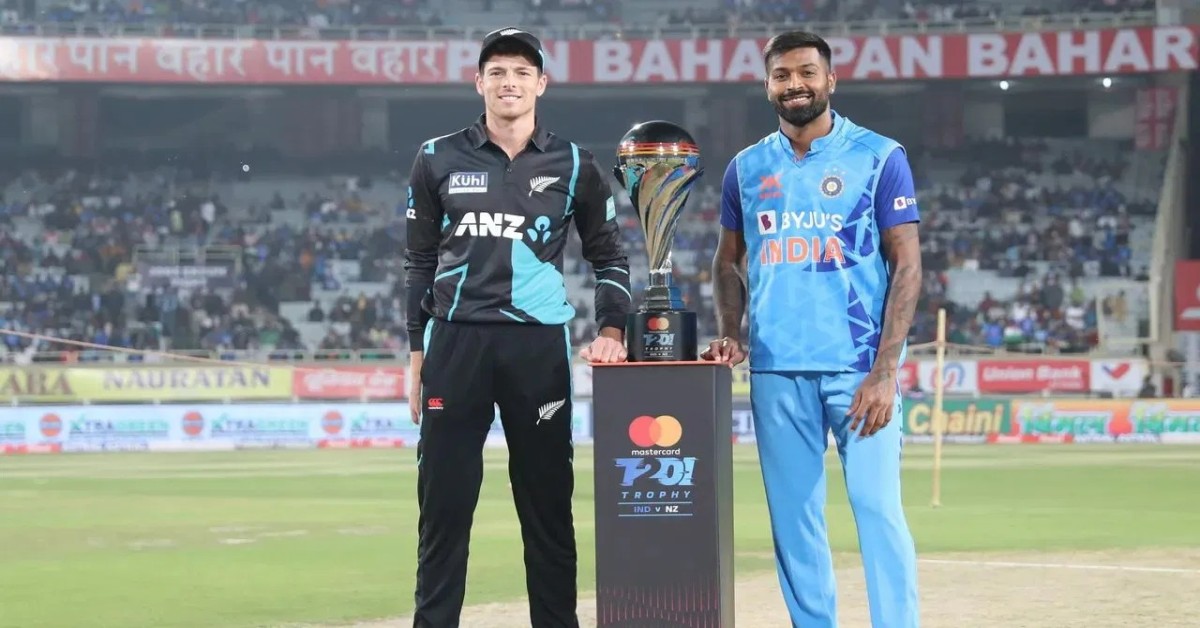 This is India’s fourth T20 series with New Zealand in the last four years. India has won the last three series without losing any match. This time the circumstances are different. The Black Caps won the first match and Hardik Pandya’s team barely touched the target of 100 in Lucknow to level the series by 1-1. Today, at the Narendra Modi Stadium in Ahmedabad, Team India will challenge New Zealand to win the fourth consecutive T20 series.

In the absence of senior cricketers like Rohit Sharma, Virat Kohli, KL Rahul, the young top order of Team India has not been able to leave a mark in the last two matches. Ishaan Kishan, Shubman Gill, Rahul Tripathi all three have not been able to score runs. If Suryakumar Yadav and Hardik Pandya had not taken the lead in Lucknow, India would have found it difficult to reach the target of 100 runs. In such a situation, Prithvi Shaw can be included in Team India.

After this India will not play T20 for a long time

After this match, the Indian team does not have to play T20 for a long time. After this, there is a four-Test series with Australia, as well as preparations for the ODI World Cup to be held in October this year. In such a situation, the Indian youth brigade will have this golden opportunity to showcase their talent in this format of cricket.

The third match of the 3-match T20 series between India vs New Zealand will be played on 1st February. In this match, both the teams will clash at Ahmadabad’s Narendra Modi International Stadium. The series decider will begin at 7:00 pm and the toss will be held at 6:30 pm.

India vs New Zealand 3rd T20 match’s digital broadcast will be available on Disney+ Hotstar app and website. The match will be broadcast free of cost on DD Free Dish in India on Doordarshan Sports channel.

During this match, the 15-member team that won the Under-19 Women’s T20 World Cup has been specially invited by the BCCI. Before the match, cricket legend Sachin Tendulkar will felicitate Shefali Verma’s team. During this, Board Secretary Jai Shah will also be present. The U19 Indian team will watch the 3rd T20I between India and New Zealand Live at the Narendra Modi International Stadium.

Union Budget 2023: Where and how to watch Finance Minister Nirmala Sitharaman’s speech LIVE?

Khelo India Youth Games 2023: Date, schedule, venue, when and where to watch

For the first time, sports games like canoeing, fencing, kayaking and canoe slalom will be a part of KIYG. 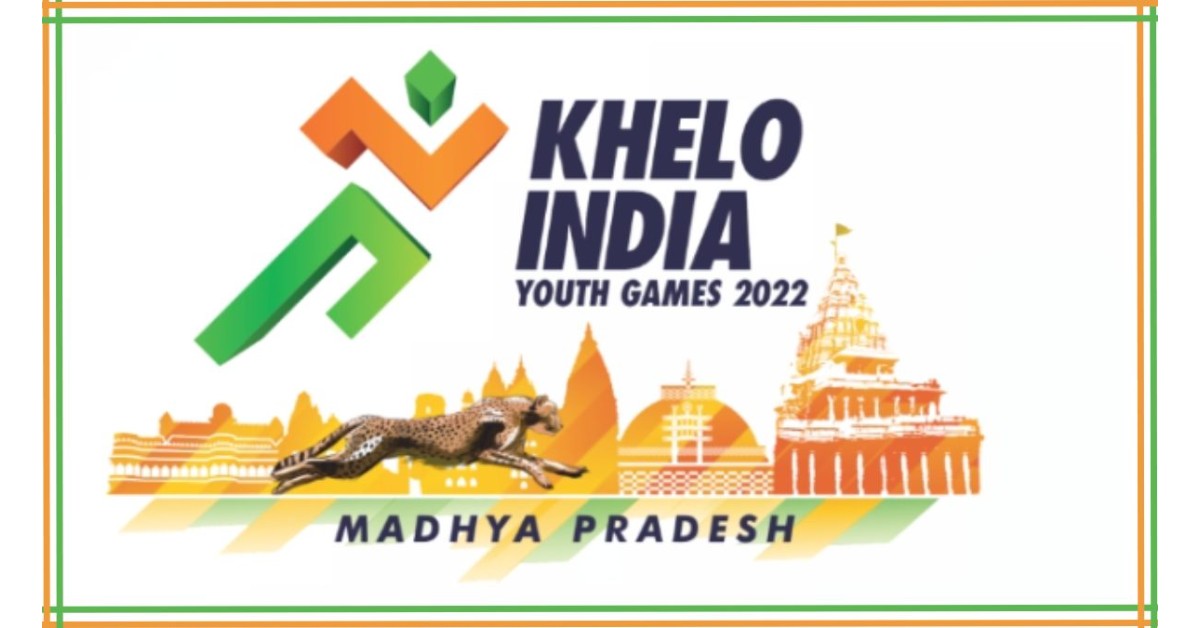 Madhya Pradesh Chief Minister Shivraj Singh Chouhan inaugurated the 5th edition of the Khelo India Youth Games (KIYG) 2023 on Monday, January 30. It is a multi-sport event held annually in India to promote sports culture and gives a platform for young athletes to showcase their talent and skills. It primarily focuses on sports development at the grassroots level.

Athletes from across the country will participate in KIYG 2023. According to the official notification, the KIYG 2023 will be held at 23 venues, in which 6,000 athletes will take part in 27 different sports. For the first time, sports games like canoeing, fencing, kayaking, and canoe slalom will be a part of KIYG.

The Khelo India Youth Games will be held in eight cities of Madhya Pradesh: Bhopal, Indore, Ujjain, Gwalior, Jabalpur Mandla, Balaghat and Khargone (Maheshwar) and one cycling event will be held in Delhi. KIYG will take place from January 30 to February 11.

Khelo India Youth Games 2023: When and where to watch

The multi-sport event will stream live on Star Sports Network and Disney+ Hotstar. The Sports Ministry of India has also launched a mobile application for the Khelo India Youth Games 2023 to allow easier access to the games.