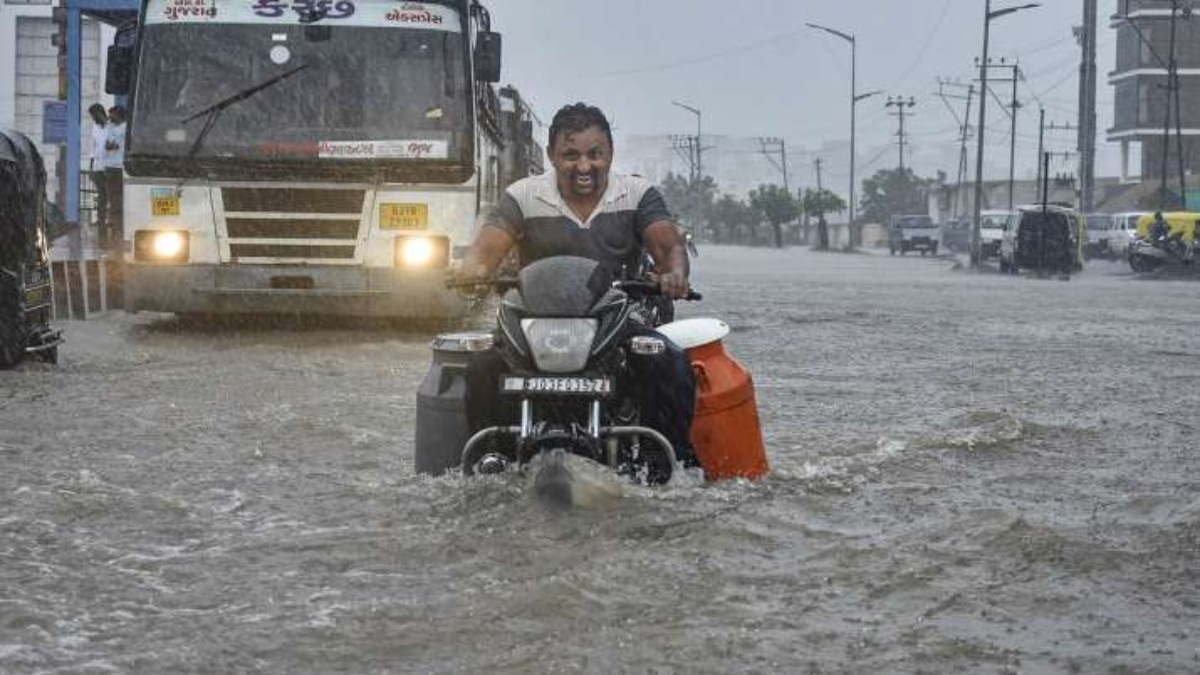 The Indian Meteorological Department (IMD) has issued a red alert in these states.

The incessant showers in Maharashtra and Gujarat have led to the loss of hundreds of lives since the monsoon began. So far, around 89 people have died in Maharashtra and 18 in Gujarat due to rain-related incidents. The Indian Meteorological Department (IMD) has issued a red alert in these states.

Heavy rain in Mumbai also caused a landslide in the Vasai area of Palghar district today where one person has been declared dead and two others are critically injured. The rescue operation is underway. Due to the persistent rain in the financial capital, the trains have been largely affected as some parts of the Andheri subway were flooded. The monsoon also caused a problem for those travelling by road.

Due to waterlogging and traffic snarls in several areas of the city, the traffic police appealed to motorists to travel cautiously. Several rivers in the state have also reached the warning level. Over 839 houses have been damaged because of the heavy showers.

The Kundalika river has crossed the warning level and the water levels of the Amba, Savitri, Patalganga, Ulhas, and Garhi rivers are slightly below the warning level. IMD has also predicted floods in several villages in Nagpur. The gates of Navegaonkhairi, Nandh, and Vena dams have been opened to release water and, as a result, villages in Saoner, Parseoni, Ramtek, Umred, and Bhivapur tehsils may face floods.

The Nyari dam in Gujarat’s Rajkot district overflows as heavy downpour lashes the state. The flood-like situation and water logging are also reported in Navsari’s Jalalpore.

Over 9,000 people were relocated, while 468 people were rescued as a result of the torrential rain that lashed numerous regions in south and central Gujarat.

Over the past 24 hours, several districts in south and central Gujarat, including Ahmedabad, saw extremely severe rains. As a result, over 6,000 people were relocated to safer locations from low-lying areas where a flood-like situation had developed. The heavy rains forced the closure of 388 roads, including state highways and panchayat roads.