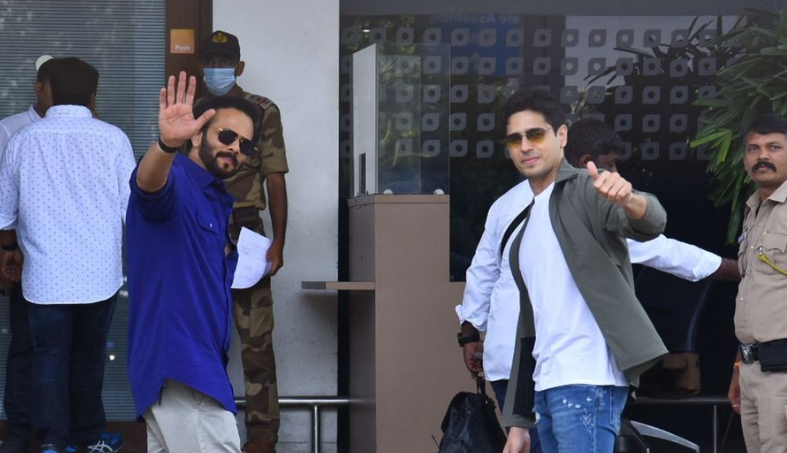 When it comes to cop drama or high does of action, one name that comes to our mind is Rohit Shetty. The director who has now created his own cop universe through Hindi cinema and big actor are wishing to work with him.

Recently, both the actor and director posted a BTS video from the sets of Indian Police Force. Sidharth posted a video on his Instagram page fighting the goons and smashing some glasses, with the caption, “Rohit Shetty’s action hero equals to real sweat, real blood! Rohit sir working with the camera for some crazy action sequences in Goa.”

And today, the director Rohit Shetty posted a similar video on his Instagram profile, where he can be seen lifting a 27 kilos camera while Sidharth Malhotra is fighting some goons. Giving some insight about the same, Rohit wrote, “It’s weird how glass breaks, body hits & staircase falls are normal for us!… By the way, the camera weighs 27 kgs!”

Co-actor Shilpa Shetty commented under Rohit Shetty’s post and wrote, “Just another normal day for Rohit Shetty.” The series will release by the end of this year. Apart from Indian Police Force, Rohit is also gearing up for the release of his next comedy film, titled Circus.

Recently the makers of the film had released the poster of the film and it was clear that for the first-time audience would witness Ranveer Singh in a double role. Apart from Singh, Pooja Hegde, Varun Sharma and Sanjay Mishra are also a part of Circus the movie will release this Christmas.