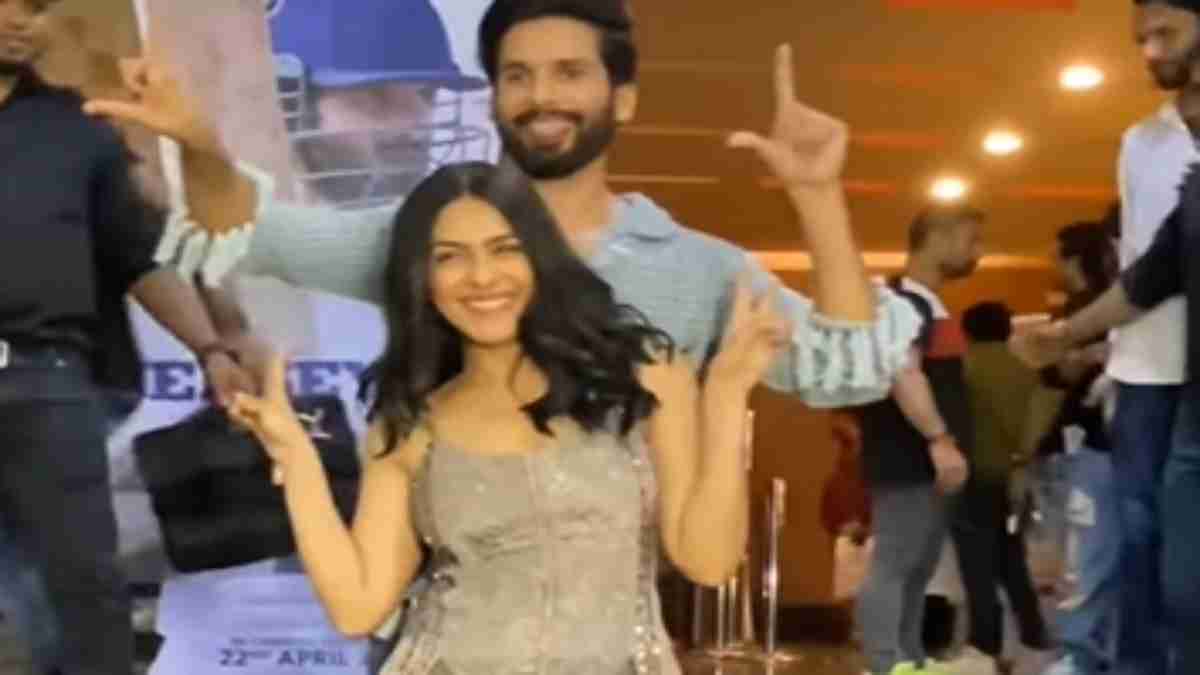 The highly-anticipated sports drama, Jersey, finally hit the theatres on April 22. The film, which is a Hindi remake of the 2019 Telugu film of the same name, stars Shahid Kapoor, Mrunal Thakur, and Pankaj Kapoor in the lead roles.

Prior to its release in theatres, the film was screened for Bollywood celebrities and film critics on Thursday. Amid this, a video of Shahid Kapoor goofing around with Mrunal Thakur is doing rounds on the internet that had offended social media users.

Social media users are slamming Shahid Kapoor for disrespecting his co-star. The viral video was shared by the popular entertainment journalist, Viral Bhayani, wherein Mrunal can be seen posing for the paparazzi. Shahid then notices her and goofs with her. A section of social media users deemed this behaviour as disrespectful and also accused the actor of hampering Mrunal’s pap appearance. Crazy. Ain’t it?

Do you think Shahid Kapoor was disrespectful to Mrunal Thakur?

Meanwhile, Jersey is receiving rave reviews from both the critic and the audience. The plot of the film revolves around a talented but unsuccessful cricketer who decides to revive his career at 36. He dives in to represent the Indian cricket team and fulfil his son’s desire for a jersey.

The film is the Hindi remake of the 2019 Telugu film that starred Nani and Shraddha Srinath in the lead roles. Helmed by Gowtam Tinnanuri, the film was earlier postponed due to the coronavirus pandemic in India and has finally been released on Friday.