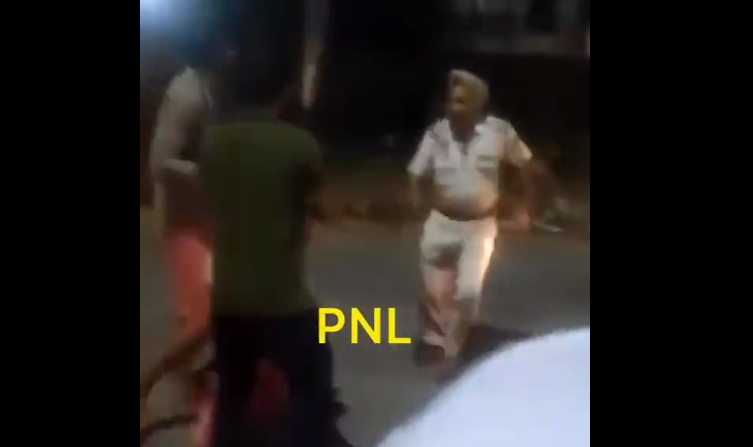 A police officer in Dera Bassi in Punjab’s Mohali district was suspended on Tuesday after he shot a man in the thigh during a fistfight that was caught on camera. A case has also been filed against the cop.

The officer has faced action two days after the video of the incident went viral on social media. The viral video shows some men and women having an argument with the sub-inspector before he fires his service revolver.

Later, the Punjab police said in a statement the man was shot in self defence after he indulged in a spat with policemen.

Read Also: Festivals in July 2022: From Bakra Eid to Sawan Shivratri to Hariyali Teej, here’s the complete list of festivals

Balwinder Singh, the sub-inspector and Mubarikpur police post in-charge, was suspended on Monday under Sections 324 (assault) and 354 (outraging modesty of a woman) of the Indian Penal Code.

District police chief Vivek Sheel Soni has ordered a departmental inquiry by the Special Investigation Team (SIT) against three other policemen who were at the spot.

The identified man Hitesh Aggarwal (24), a resident of Habetpur Village, Derabassi, has sustained a gunshot wound on his leg and was admitted to Government Medical College and Hospital (GMCH) Sector 32, Chandigarh, where he is under treatment.

The video shows a cop from Punjab police arguing with some people and then slapping a woman, at which point her family members confront the cops, leading to a fight and the gunshot.

However, after the video went viral, the victim’s brother told ANI, they were standing on Hebatpur Road when police arrived and misbehaved with his family member. They wanted to check his wife’s bag and were drunk and then fired at his brother, he said.

Google Hangouts to shut down in November, asks users to switch over to Chat

IND vs IRE: Tweeple angry over Sanju Samson not being a part of playing XI, see reactions