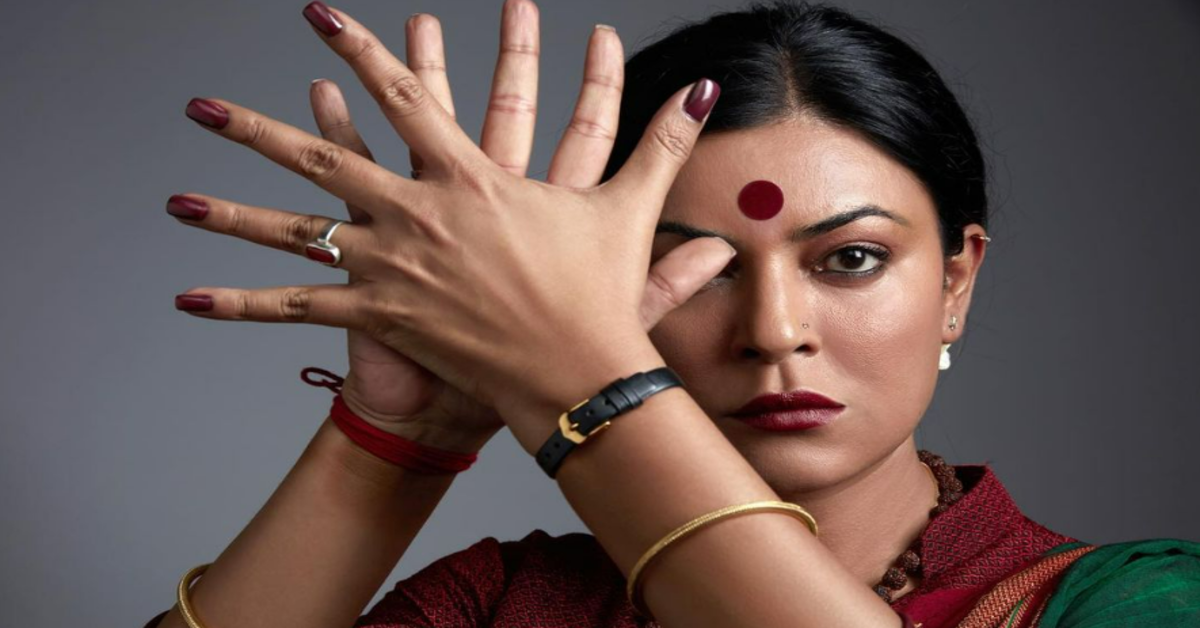 Actor Sushmita Sen, on her social media, uploaded a picture of the first look of her upcoming Web series, Taali. The series follows the life of the transgender activist Gauri Sawant. Sushmita in her social media post added how proud and grateful she was for the opportunity. In the social media post, Sushmita can be seen wearing a big red Bindi as well as a Mala, which makes her look pretty much alike the person she is playing the character of.

Actor, Sushmita Sen, uploaded the picture alongside the caption which read that nothing would make her more proud and more grateful than to have the privilege of portraying the character of Gauri Sawant. She also showed gratitude for having the opportunity of telling Gauri’s story to the world. The actor further added solidarity toward everyone’s right to live life with dignity. She ended her post by showing her love to her fans. The Marathi filmmaker, Ravi Jadhav, will be in the director’s seat for the shoot of Taali.

The web series will follow the life and work of Gauri Sawant who is a transgender activist. Gauri Sawant was native to Pune and had fled from her house after her mother died. Gauri became one of the pivotal figures in the fight for the Transgender community when she fought for the right of adoption for transgender people in 2008.

Aside from the right to adoption, Gauri Sawant also founded the NGO Sakhi Char Chowgi Trust in 2000 which promotes safe sex and provides counseling to transgender people. Sawant had also adopted a daughter named Gayatri after Gayatri’s mother died of AIDS.

According to reports, Sushmita is supposed to be done with the shoot of Taali by November and the reports also claim that due to the web series being a biopic about a transgender activist, the show had required the hiring of transgender actors, which is bringing a change and representation to the Indian Cinema.

On the career front, Sushmita Sen will begin the shoot of her beloved show Aarya after Taali’s shoot wraps up by November. The actor is also speculated to return to the big screen as, according to reports, she will be playing the role of a protagonist in a biopic being produced by Deepak Mukut.