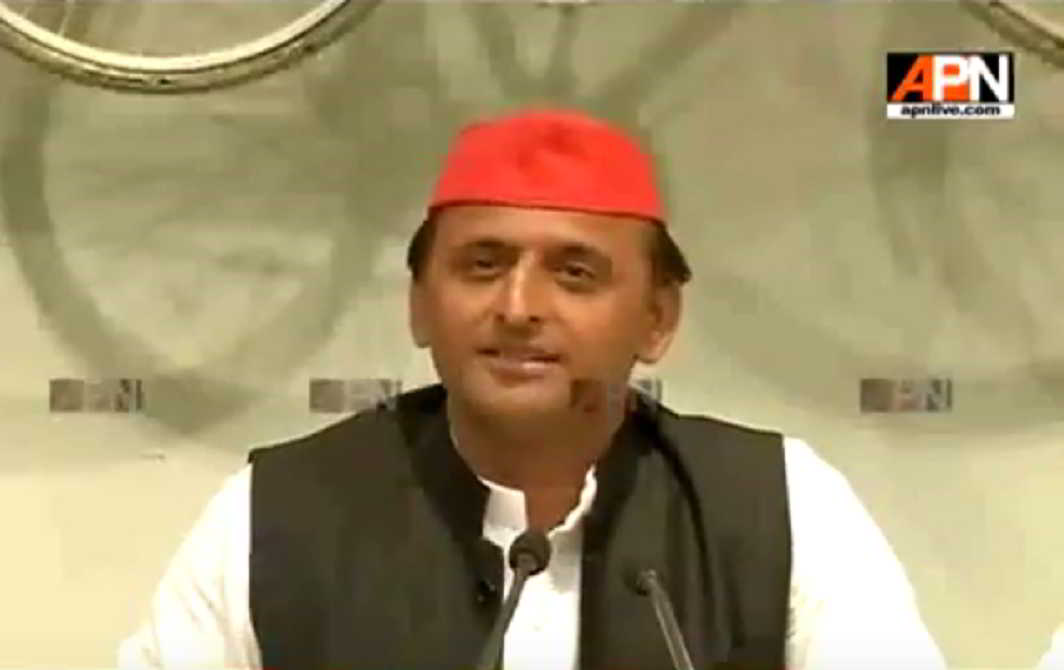 BJP to win all seven seats in Ghazipur: Manoj Sinha

The BJP has crossed half way mark in Uttar Pradesh while Akhilesh Yadav-led Samajwadi Party has bagged 128 seats. Yogi Adityanath has addressed his party workers and supporters after winning India’s most populous state. 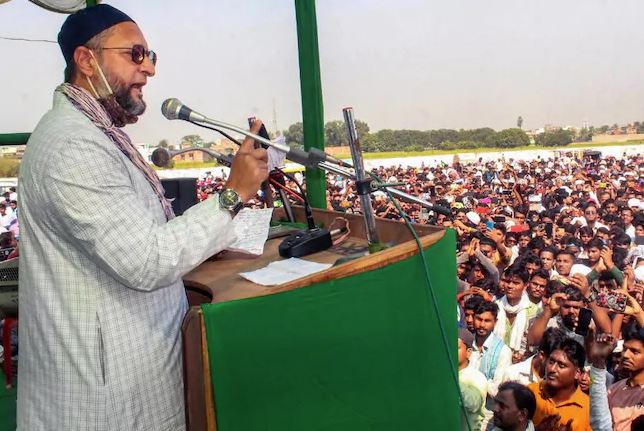 The BJP’s bulldozer campaign has finally demolished the votebank of the All India Majlis-E-Ittehadul Muslimeen (AIMIM) that has ended up with a miniscule 0.4% vote share and zero seats in the assembly elections of India’s most populous state.

The AIMIM chief and Hyderabad MP Asadudddin Owaisi, who created a flutter in state politics with his fiery speeches and claims, has failed to move even a fly as he had an opportunity to polarize minorities in his favour during the high-octane BJP’s bulldozer campaign.

In 2017, the AIMIM had failed to open its account in Uttar Pradesh. The Hyderabad based party has fielded candidates on 38 seats last time and received around 2 lakh votes.

However, the AIMIM was confident of winning the assembly seats of Mubarakpur, Deoband and Utrauli. The Party had fielded former BSP leader Guddu Jamali from Mubarakpur seat of Azamgarh. Despite of several winning claims, Jamali has lost the seat that has a large population of communities of weavers, migrant workers and people from different thoughts of Islam. 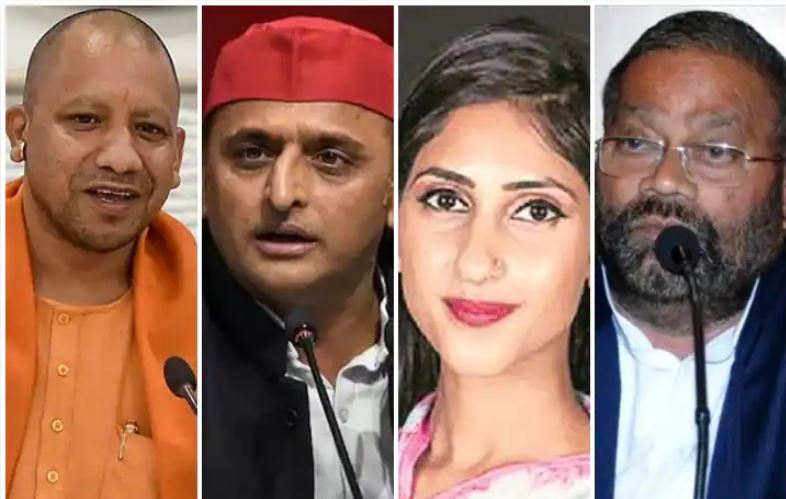 The polling for 403 seats of Uttar Pradesh Assembly was held in seven-phase from February 10 to March 7. A total of 15,05,82,750 voters cast their votes on 1,74,351 polling stations during the assembly elections in Uttar Pradesh which is currently governed by Yogi Adityanath. Yogi Adityanath (BJP) from Gorakhpur (Urban), Akhilesh Yadav (SP) from Karhal, Keshav Prasad Maurya (BJP) from Sirathu, Swami Prasad Maurya (SP) from Fazilnagar, Azam Khan (SP) from Rampur and Pankaj Singh (BJP) from Noida are some of the key faces of UP elections.

Akhilesh Yadav, a four-time MP who currently represents Azamgarh in the Lok Sabha, is contesting his first assembly election from Karhal assembly seat against the BJP’s SP Singh Baghel. At the age of 38, he became the youngest Chief Minister of Uttar Pradesh. He had to resign from Kannauj parliamentary seat after his party won the Assembly elections in 2012. Karhal assembly seat is part of the Mainpuri Lok Sabha constituency, which SP chief patron Mulayam Singh Yadav represents in Parliament.

Adityanath, a five-time former Lok Sabha MP, is contesting his first assembly election from the Gorakhpur urban seat. Gorakhpur has been BJP bastions for more than 30 years. The party has lost Gorakhpur once in 2002.

The BJP’s SP Singh Baghel is trailing from Mainpuri’s Karhal seat, he comes third in terms of getting votes.

In 2017, he had contested from Tundla assembly seat. In 2009, Baghel unsuccessfully contested Lok Sabha polls from Firozabad against Akhilesh on a BSP ticket.

A jailed Samajwadi Party leader Azam Khan is contesting from the Muslim-dominated seat of Rampur against Congress’ Kazim Ali Khan and BJP’s Akash Saxena. Khan’s old rival Kazim Ali Khan is the son of the last Nawab of Rampur, whose parents won the Rampur Lok Sabha seat seven times on Congress ticket. The other contender, Saxena, also has a history with Azam, as his father, former BJP minister Shiv Bahadur Saxena, lost the Assembly polls from this seat to Azam Khan way back in 1989. Saxena, a lawyer, is responsible for more than half of the cases filed against the SP leader.

Shah Alam alias Guddu Jamali, a sitting MLA from BSP, is contesting against Arvind Jaiswal of BJP and the BSP’s Abdul Salaam from Mubarakpur seat on AIMIM ticket. He is the only winning candi

Nahid Hasan is contesting from Kairana seat on Samajwadi Party ticket. He was recently arrested by UP Police and remanded to judicial custody. In the absence of Hasan, his sister had led the Samajwadi campaign in Kairana.

Pankaj Singh (BJP), son of Defence Minister Rajnath Singh, has been fielded from Noida against Pankhuri Pathak of Congress and SP’s Sunil Chaudhary.

Hasan’s rival Mriganka Singh, the eldest of four daughters of the late Hukum Singh, a three-time BJP MP from Kairana. Mriganka and Hasan has beeing facing a challenge from Nahid Hasan’s sister Iqra Chaudhary who have fileded her nomination as an independent candidate. Nahid and Iqra Hasan, on the other hand, are children of former legislators Tabassum Hasan and the late CH Munawwar Hasan.

Shivpal Singh Yadav, a five time MLA, is contesting from Jaswantnagar assembly seats on the symbol of bicycle. Despite the Modi wave in 2017, the BJP could not bloom the lotus on Jaswantnagar seat. Since 1967, Jaswantnagar constituency has been represented by the Mulayam clan except 1969 and 1980 when Congress had won from here.

Pooja Shukla, who came into limelight in 2017 when she tried to stop Uttar Pradesh chief minister Yogi Adityanath’s cavalcade in Lucknow to protest against government policies, is contesting on Samajwadi ticket from Lucknow North seat.

Shukla, one of the yongest candidate in Uttar Pradesh election, is facing BJP’s Neeraj Bora. She had met Akhilesh Yadav after staying 20 days in jail. Following which, she met SP patriarch Mulayam Singh Yadav and became the face of Samajwadi Chatra Sabha, the party’s student wing.

The counting of votes for the five states assembly election results is underway. As per the ear;y trends the BJP is retaining its second term in Uttar Pradesh. 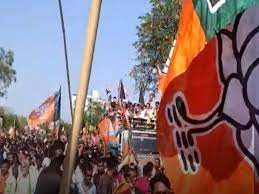 As per the early trends, the BJP has crossed the halfway mark.

As per the EC’s first round data, the Samajwadi Party chief Akhilesh Yadav is leading from Mainpuri’s Karhal seat by 2000 votes. The BJP has fielded SP Singh Baghel against the SP chief. This assembly is among the UP’s high voltage seat.

Uttar Pradesh has not returned a government to power since 1985.

After the seventh phase polling in UP’s Poorvanchal, the exit polls was predicting a massive win for the BJP in UP and unexpected change of government by Arvind Kejriwal’s Aam Aadmi Party in Punjab