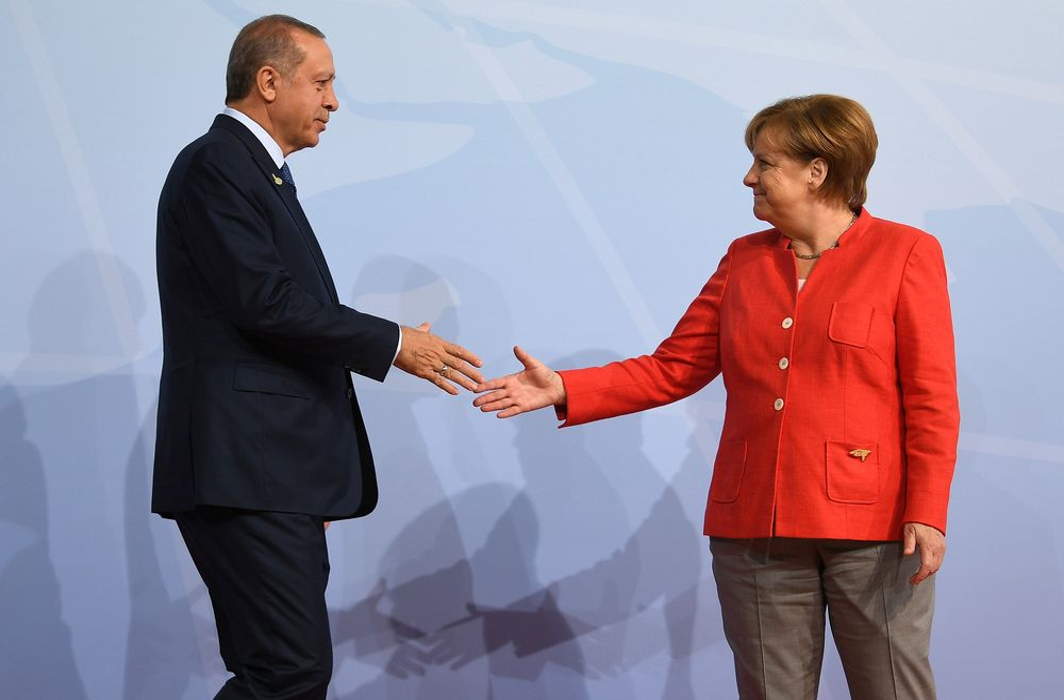 Turkey’s official Anadolu news agency reports that in a Wednesday phone conversation with Erdogan, the German chancellor expressed her country’s commitment to strengthening its cooperation with Turkey through reciprocal visits at the highest levels.

The two leaders discussed Erdogan’s forthcoming visit to Berlin scheduled for late September, and a meeting between Turkey’s Treasury and Finance Minister Berat Albayrak and Germany’s Economy Minister Peter Altmaier, due to be held in shortly.

According to US based Bloomberg network, “Germany wants Turkey to avoid a financial meltdown and can’t allow the country to descend into chaos, according to a person familiar with Merkel’s thinking who asked not to be identified discussing government deliberations. In an overture that signals normalizing relations after a series of diplomatic clashes, Germany plans to host Erdogan for a state visit on Sept. 28”.

Read More: Saudi Arabia and UAE were about to attack Qatar

About 6,500 partly or wholly-owned German companies operate in Turkey while it ranks 16th among Germany’s export markets, ahead of Japan and many smaller EU countries.

According to the sources who spoke on condition of anonymity, Merkel also underlined her country’s concern for a strong Turkish economy, repeating her Monday comments that Turkey’s economic prosperity “serves Germany’s interests”.

Her remarks come as US President Donald Trump’s punitive measures against Turkey have pushed its lira into freefall and sent shudders through its financial markets.

Meanwhile, the emir of Qatar Sheikh Tamim bin Hamad Al Thani also arrived in Turkey on Wednesday on a “working” visit aimed at strengthening mutual cooperation. The emir discussed bilateral relations and ways to expand the existing strategic ties between the two sides in various fields.

On August 10, US President Donald Trump announced that his administration was doubling steel and aluminum tariffs on Turkey. This was considered to be the US’ reaction to Turkey´s two-year-long detention of an American pastor over terrorism charges.

In a related development, Russian foreign minister Sergei Lavrov, while addressing a news conference with his Turkish counterpart in Ankara, on Wednesday, said that Russia has been exploring for some time using national currencies to settle bilateral trade deals with Turkey and other countries.

He said, “Identical processes have been happening in our relations with Iran. Not only with turkey and Iran, we’re also arranging and already implementing payments in national currencies with People’s Republic of China.”

On Saturday, Turkish President Recep Tayyip Erdogan had announced that his country was preparing to conduct trade through national currencies with China, Russia and Ukrain.

Iran and Trukey came forward to help Qatar after Saudi Arabia, Bahrain, UAE and Egypt severed their ties with Qatar in June 2017. Closure of Turkish military base in Qatar was one of the demands put forwarded by the Saudi-led quartet.