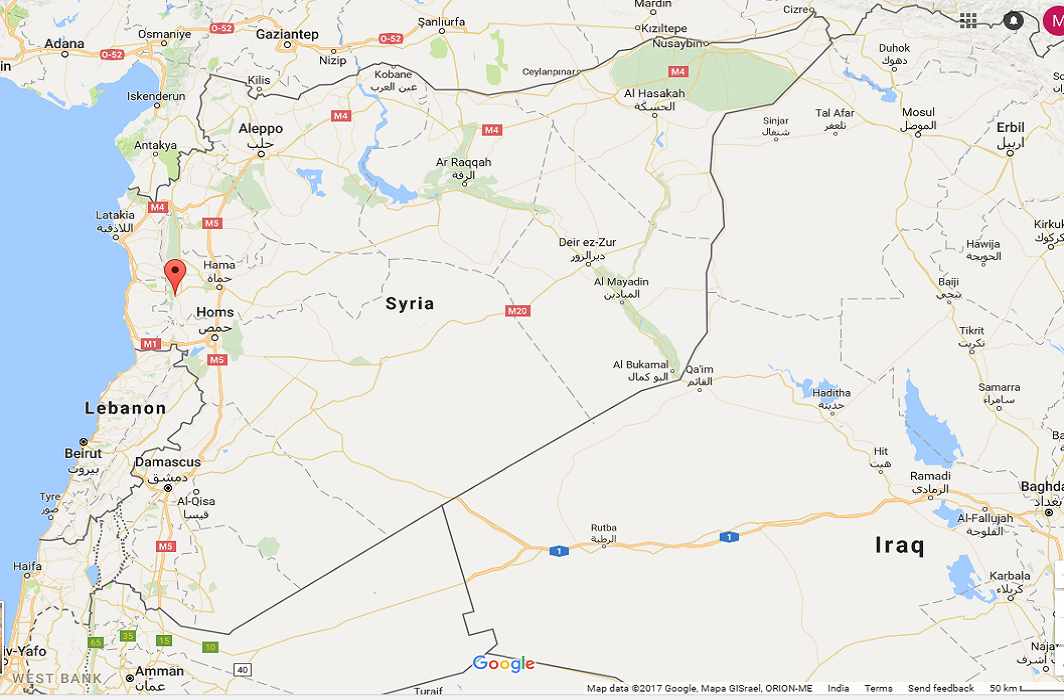 In a sudden development, Israeli rockets were fired at a Syrian army position, suspected to be a chemical weapon site in Hama province in the wee hours of Thursday. Two soldiers have reportedly been killed in the strike.

Israeli rockets were fired from Lebanese airspace hitting the site near Masyaf, approximately 60 kms west of Hama city. However, Israel’s military spokeswoman has declined to comment on the “operational matters.”  Even Israeli news portals have carried stories based on Syrian sources.

Syrian Arab News Agency (SANA), has quoted a statement issued by General Command of the Army and Armed Forces affirming that the Israeli warplanes fired several rockets from the Lebanese airspace at 02.42 am on Thursday.

“This aggression comes in a desperate attempt to raise the collapsed morale of the IS terrorists after the sweeping victories achieved by the Syrian Arab Army against terrorism at more than one front, and it affirms the direct support provided by the Israeli entity to the ISIS and other terrorist organizations,” the statement said.

Al-Masdar News, a Beirut based news portal reports that Israeli missiles travelling across Lebanon struck the Syrian military and the scientific research facility in the northeast Tortous city of Masyaf.

However, An-Nahr, a Beirut based newspaper, quoted Israel’s former National Security Advisor Yaakov Amidror, saying that the strike targeted a weapons development and manufacturing site that was producing arms for Hezbollah.

Rami Abdurrahman, the head of London based Syrian Observatory of Human Rights has said that Hezbollah fighters and Iranian military officials often visit the site. It was not clear if there were casualties among Iranian and Hezbollah operatives.

However, The Times of Israel quoted Israel Radio saying that the airstrike in Syria destroyed weapons store including chemical-tipped missiles that were to be delivered to Hezbollah.

The Israeli raid came a day after a UN probe found that the Syrian government was responsible for a chemical attack in April this year  at Khan Sheikhoun in northern Syria.

In the past several years, Israeli military has carried out sporadic attacks against various targets across Syria. Damascus blames Israel of supporting terror groups fighting against its army and allied forces.

The latest attack by the Israeli forces comes just 48 hours after Syrian army achieved a strategic victory against IS (Daesh) in the Deir Ezzor governorate, the report added.