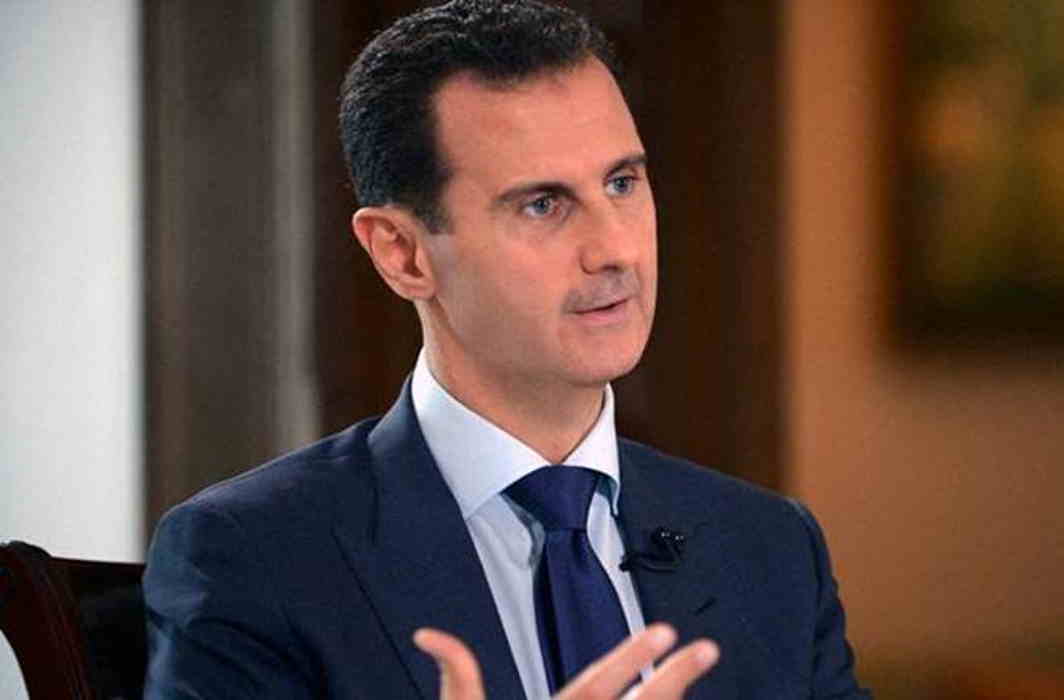 Syria is giving priority to India and other friendly countries in undertaking the rebuilding process after defeating the terrorists and their backers in its territories who caused deaths to millions of people and unprecedented and unimaginable devastation in several cities and their surrounding areas.

After defeating the terrorist groups, Syrian government has begun serious efforts for rebuilding the country which has gone through unprecedented destruction of its cities where terrorists not only attacked the government and civilian infrastructure but even made tunnels for a long-drawn war.

Syrian ambassador to India Riad Kamel Abbas, on Wendesday, addressed media persons saying that peace and stability was returning after a prolonged conflict and that the Assad government was “determined to take control of the entire country from foreign occupation and terrorist organisations”.

He said that his government is organising 60th Damascus International Universal Fair during September 6 to 15 where 62 countries are participating. Since India is being given priority, it will have the largest and prominently placed pavilion in the fair. He said that more than 10 million visitors are expected during the event.

“Syria will be able to defeat terrorists and all other conspiracies against Syria. Now we are planning to rebuild Syria and we are looking for help from friendly countries, in particular, India,” he said.

Read More: ‘Let Americans leave, we will liberate our land in one week’

About 30 Indian companies, including PSU giants: ONGC and BHEL, would be participating in the fair. The envoy also appealed the India Inc to participate in the rebuilding process of the strife-torn nation. The participants would be provided incentives, he said.

Abbas said that the game plan of the foreign forces to destabilise Syria has been defeated because Syrian people have stood behind the President Bashar Al- Assad government. The war also had nothing to do with “democracy” or forcing a regime change, he claimed.

He said that there were two reasons for USA and its allies for forcing Syria to change its position. They were to safeguard Israel, control the Syrian natural resources and extend the gas pipeline from Qatar through Syria to Europe. He said that they have now realised they are unable to reach their objective.

The Syrian Ambassador said that a high-level Indian business delegation would be visiting his country during the trade fair and are expected to sign several agreements.

He offered help to facilitate Indian companies and business houses for participating in the Damascus fair and announced that they were welcome with their products tax-free to display and sell during the fair. This would be an important opportunity for meeting and signing agreements with their Syrian counterparts, he said.

The envoy appreciated India’s position on the Syrian issue and its stand against terrorism and foreign intervention. He also thanked Prime Minister Narendra Modi for announcing 1,000 scholarships for Syrian students taking up studies in India.

Responding to a question, the Syrian envoy said that his country has succeeded in defeating the terrorists coming from 120 countries that were supported and helped by Israel, US, Turkey and their regional allies.  He said the presence of US and Turkish forces in Syrian territory was illegal occupation.

On this occasion he also thanked Russia and Iran for helping Damascus with their troops and advisors. The southern territory, he said, has already been reclaimed.

The ambassador said the Indian healthcare sector should be an active participant in the rebuilding process in the aftermath of the war as he lauded the medical aid sent by the Indian government to Syria.

He alleged that the recent “massacre” in Sweida, in southern Syria, near Israeli occupied Golan Heights, has claimed over 260 lives. He believe that the whole operation was “pre-planned” by the US and terrorist supported organisation to smuggle White Helmet terrorists. They were reportedly taken out in buses to Israel through Jordanian territory.

White helmet is known as a volunteer organisation that operates in parts of rebel-controlled Syria, the envoy said. US and its allies have supported White Helmets on several occasions.

Imran Khan: No Foreign Dignitaries to be invited for Oath Ceremony

No fatalities in Mexico air crash after take-off