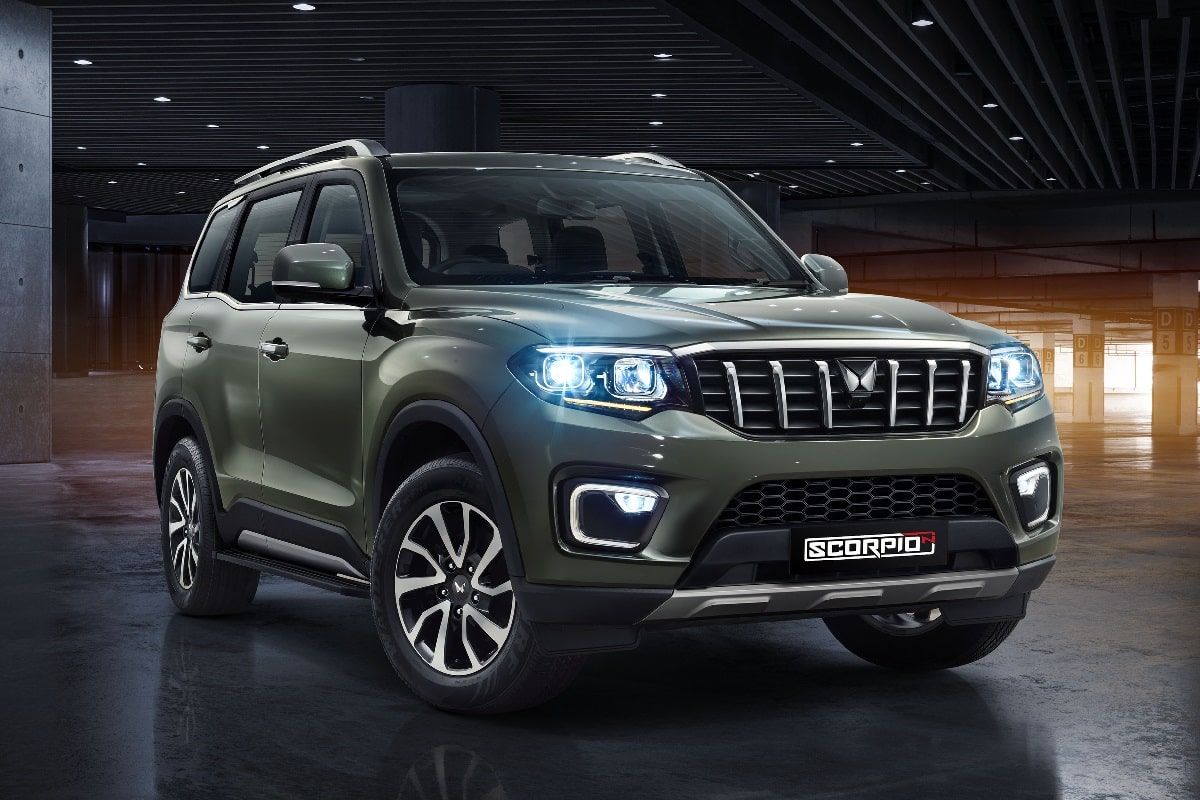 The automobile industry in India which was almost collapsed due to majorly hit by the global pandemic Covid-19 badly again bounced back with more power. The top leading car manufacturers in the country are updating or all set to launch some of their much-awaited vehicles in the upcoming days.

If you were planning to purchase any of the vehicles in the upcoming days, then we will suggest you wait for some of the biggest launches of the year as leading car manufacturers including Mahindra, Maruti, and Hyundai. For customers’ convenience, we have created a list of top cars which you can add in your priorities list.

Mahindra’s one of the hot-selling products Scorpio is almost ready to hit the market soon in an all-new avatar. Reports said that the company is likely to officially unveil the king-size SUV at the end of this month (June). Ahead of its official launch, the firm has already revealed some of the key features, exterior and interior images of the updated Scorpio-N, which clearly indicates that the vehicle will be significantly premium and feature-loaded compared to the current model.

Known for offering good mileage, Breeza is also about to hit the market on June 30. Interested customers can pre-book the mid-size SUV from the company’s official website or at authorized Arena dealerships. Reports suggested that the upcoming model is likely to offer 4 trim levels – LXi, VXi, ZXi and ZXi+. Barring the base variant, all the variants will have an automatic gearbox option. As far as the power is concerned, it will be powered by a 1.5-liter K15C petrol engine that will generate a 103bhp and 136.8Nm peak torque.

There is also a piece of good news for the customers, the company will also introduce the vehicle in the CNG version as well later.

Toyota’s much-awaited vehicle Hyryder the mid-sized SUV also all set to make its global debut in India on July 1, this year. Those who are not aware, let us tell you that, it is the first new product made by the Toyota and Suzuki joint venture. The report said, the vehicle will come with two engine options – a 1.5-litre petrol with a mild hybrid system and a 1.5L petrol with strong hybrid technology.

One of the leading car manufacturers in India Maruti is all set to reveal the price details of its much-anticipated vehicle next-gen Brezza 2022. 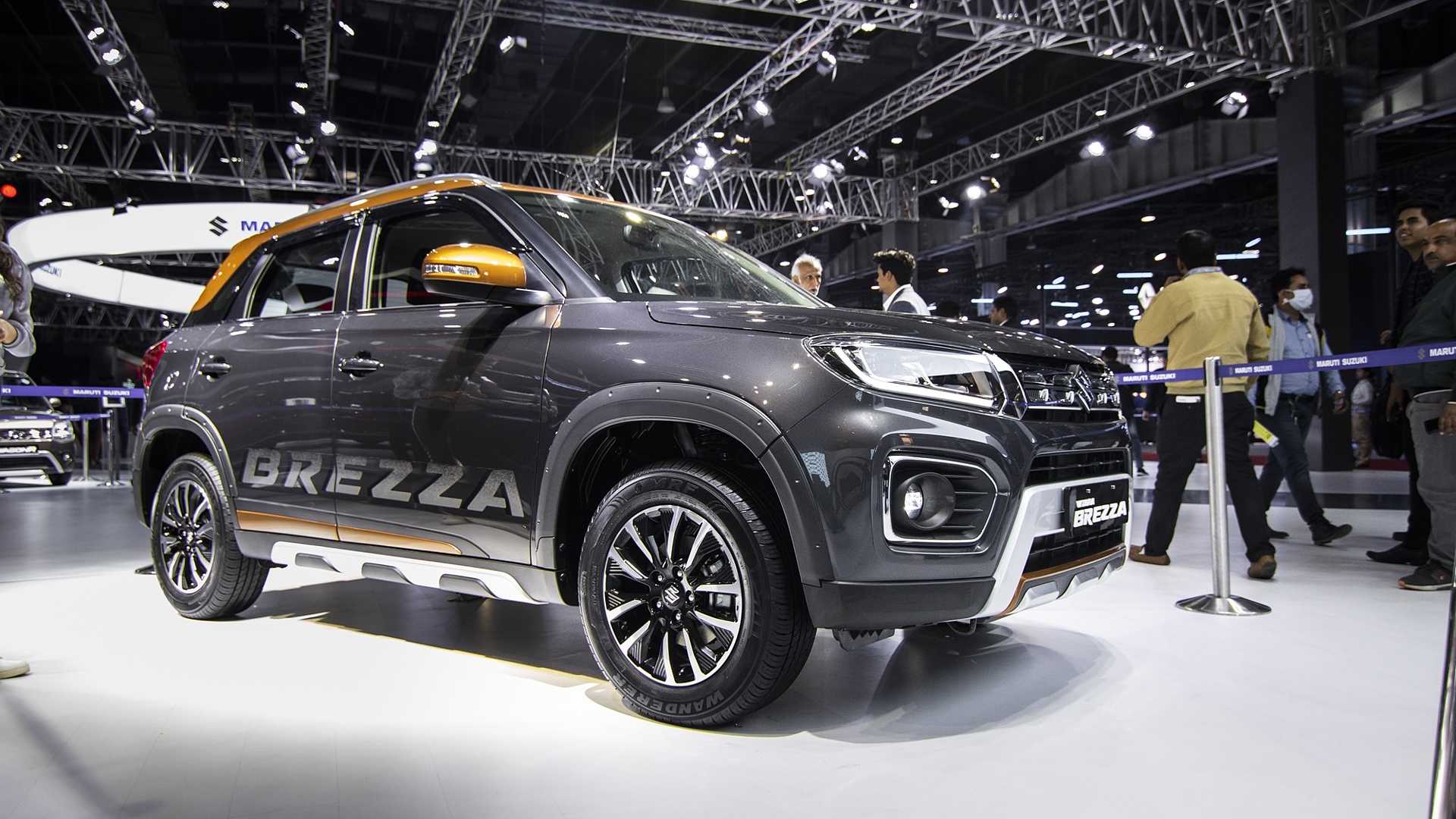 One of the leading car manufacturers in India Maruti is all set to reveal the price details of its much-anticipated vehicle next-gen Brezza 2022. Ahead of the official launch, the company has already dropped a few teasers of the mid-size SUV, giving an idea to all the customers that how will the car look like.

As per the official details, updated Brezza 2022 will come with an all-new interior. Apart from this, it will also get an updated engine-gearbox combination. The vehicle will launch in a total of 10 variants including 7 manual and 3 automatic.

Know everything about next-gen Maruti Brezza 2022

As of now, the current Brezza model comes in a total of 4 trims – LXi, VXi, ZXi and ZXi Plus in both petrol manual and automatic versions at starting price of Rs 7.82 lakh to Rs 11.47 lakh. Reports revealed that in order to attract more new customers, the firm might launch the car in a competitive price against Kia Sonet, Hyundai Venue and the Tata Nexon, which means customers are likely to spend somewhere around Rs 7.5 lakh to Rs 12 lakh.

The updated version of Maruti Brezza is likely to come with a completely revised interior design. The vehicle is expected to come with a 9-inch touchscreen infotainment system, which will support Android, Apple and auto carplay. Apart from this, it will also get over 40 connected car features including OTA updates, wireless dock and advanced voice assistance. 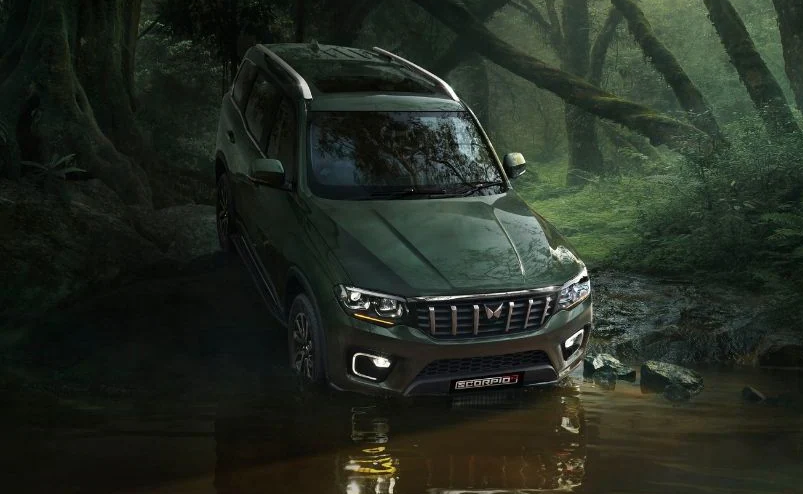 The Indian car menufacturer Mahindra has finally unveiled its much-awaited and feature-loaded king-size SUV Scorpio N today. The firm has introduced the vehicle in five variants – Z2, Z4, Z6, Z8, and Z8L. Company said. it will not discontinue the old version of the vehicle, which means customers still can purchase the old-generation Scorpio.

The company also confirmed that interested customers will be able to add-to-cart option for the new Scorpio N from 5 July, while the booking will start from 30 July. Customers can expect the vehicle’s deliveries during the festive season.

Know everything about next-gen Scorpio N

The SUV now comes with a new Mahindra logo on the steering wheel as well as on the front grills too. Scorpio N includes the signature six-slat grille with chrome inserts, the latest LED projector headlamps, C-shaped LED DRLs with fog lights, contrast-colored roof rails, new dual-tone alloy wheels and much more aggressive skid plates with vertically LED lights at the back. The car also gets an integrated spoiler and a shark-fin antenna.

Talking about the engine and power, the updated Scorpio features a 2.0-litre mStallion turbo-petrol engine, which will generate 200bhp and 380 Nm of peak torque. While its 2.0-litre diesel engine will generater a 130bhp power. Both the engines will come with six-speed manual and automatic transmissions.

During the launch event, they claimed that they have put the extra effort in order to provide great safety to the customers. The update Scorpio will be a big game changer in the segment.

The Indian car manufacturer Mahindra is currently enjoying the success of its new launch XUV 700, now the company is all set to launch one of its much-awaited and hot selling products Scorpio’s next-generation model in 2022 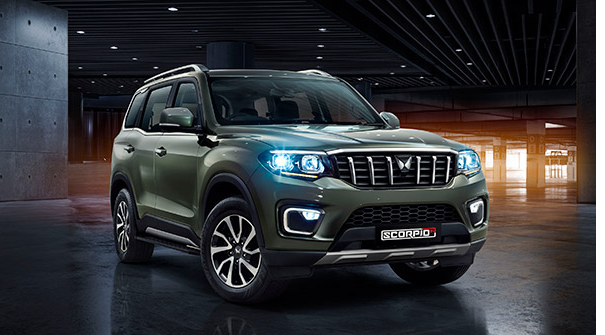 Indian car manufacturer Mahindra is all set to launch one of its awaited vehicles next generation Scorpio 2022 on June 27 (today). The company has already teased the customers with some of the key features and important details about the car.

The firm already gave a proper idea to the customers that what the big day of SUVs will look like. The clear exterior and interior images of the updated Scorpio have been shared with the company on the Internet ahead of its official launch.

As per the photos shared by the firm. Mahindra Scorpio N is likely to be bigger as compared to the Tata Safari. Customers can expect the upcoming king-size SUV likely to have 4,662mm in length, 1,917mm in width, and 1,870mm in height with a wheelbase of 2,750mm. The vehicle also likely to launch with a ground clearance of about 205mm.

As far as the engine is concerned, like the new Thar, the SUV is likely to come with a 2.0l turbo petrol with both manual and automatic transmission. Apart from this the vehicle also will come with a 2.2l diesel engine option with both manual and automatic transmission. Reports also suggested that the company might launch the car with an all-wheel-drive option as well.

As per the leaked images, the 2022 Mahindra Scorpio is likely to get updated front grills with a new Mahindra logo in the centre. The images also suggested that the car will have a chrome bar that runs above the grille and merges in with the neatly designed headlamps. Customers can also expect the all-new LED projector headlamps with LED DRLs.

Take a look at the Next-gen Mahindra Scorpio teaser here

The company is likely to introduce the vehicle on a new platform just like Thar and XUV700, under which the customers can expect cosmetic changes and updated features.

Ola set to launch EV cars in India, here’s what to expect