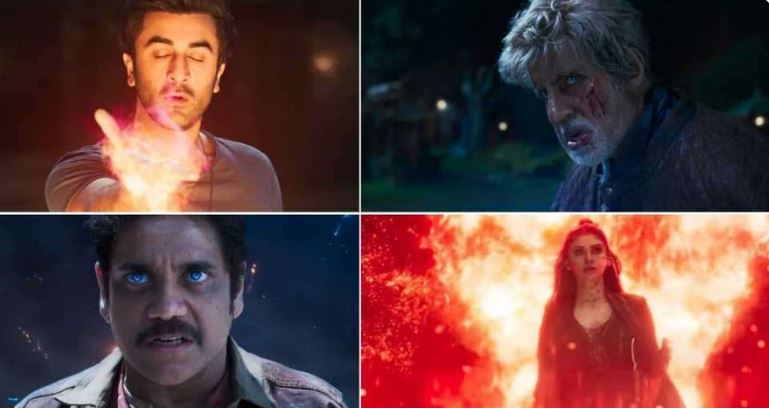 However, there are chances that you might have missed some minute details from the Brahmastra trailer. Hence, here are fiver aspects from the film that will blow away your minds.

Shiva is a DJ

Shiva played by Ranbir Kapoor in Brahmastra trilogy is a DJ. Apparently, he is an orphan from Mumbai, who has a great taste in Music. And he even comes to Banaras to play in a concert where he meets the love of his life, Isha (played by Alia Bhatt).

Not just the formation of Brahmastra from five different elements mentioned in Vedas is one of the basis of Brahmastra and MCU’s Infinity stones. But also, the reference of Mahadev’s trident (trishul) and Hanuman’s transformation has been used in the film and the makers have also given a glimpse of those in the trailer.

Amitabh Bacchan is a Sage

The character played by Amitabh Bacchan is a member of a secret society of sages. These people have been trying to protectors the astras and the astron ka devta, the Brahmastra since ages. Amitabh Bacchan will also play the role of a guru for Shiva, who realised his power as Agni Astra.

Mouni Roy may not be the main antagonist

An aspect to remember here is that Ayan’s astraverse is a trilogy and the trailer for the first part has only been released. With much kept secrets from the film, one thing is for sure that Mouni Roy is not the only antagonist in the film. To hold such a huge army, she does get help from other characters which might get revealed during the other parts of the film.

Shah Rukh Khan will play a major role in the Trilogy

Yes! For the unversed, Shah Rukh Khan is the secret ingredient of Ayan Mukherjee’s dream project. And ever since the Brahmastra trailer was out, people have been trying to spot King Khan. The man holding the trident is none other than SRK. However, it will be interesting to see when will the makers reveal this big secret.

Shiva: Part One is all set to hit the theatres in five different languages- Hindi, Tamil, Telugu, Malayalam and Kannada. The Ranbir-Alia starrer will release on September 9, 2022.

What? Zendaya is pregnant! Fans are you listening?