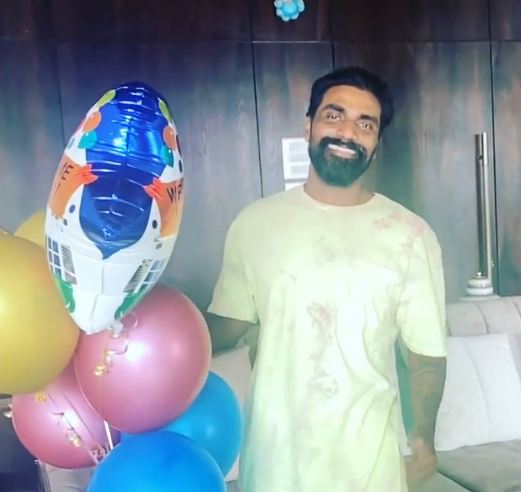 Bollywood choreographer and director Remo D’Souza has now recovered and discharged from Mumbai’s Kokilaben Hospital on Friday after suffering from a heart attack last week.The 46-year-old took to his Instagram and thanked his fans and well-wishers for love and support.

Remo received a warm welcome at his home, the video of which he also posted on social media. Thank you all for the love, prayers and blessings  I am back, the choreographer wrote in the post while thanking his sons, Gabriel and Adonis for the beautiful welcome.

In the video, the choreographer can be seen smiling for the camera, surrounded by the balloons. He gave a thumbs up and also thanked his wife for a beautiful welcome.

Soon after the post, the comment sections were filled with his friends and celebrities from the entertainment industry welcoming the choreographer in excitement after seeing him healthy.

Choreographers Geeta Kapur and Terence Lewis also wrote in his comment section. So happy you are home, stay blessed, strong and healthy, always live life remo size, wrote Geeta. While Terence posted happy to see you back home safe with your loved ones. Stay blessed, coming to meet you soon as I am back in the bay.

Earlier, Remo’s friend and actor Aamir Ali had shared three photos from the hospital where he was admitted. The choreographer can be seen striking poses with the actor. Alongside the picture, Aamir wrote that my brother is back. On the other hand, Remo’s wife had been updating his fans from the hospital on social media.

Remo D’Souza suffered a heart attack on December 11 after he was rushed to the hospital and admitted to the  Intensive Care Unit of the Kokilaben hospital. According to his family, he had a blockage and doctors did angiography.

Karan Johar submits reply to NCB notice on controversial video, says no drugs at his party