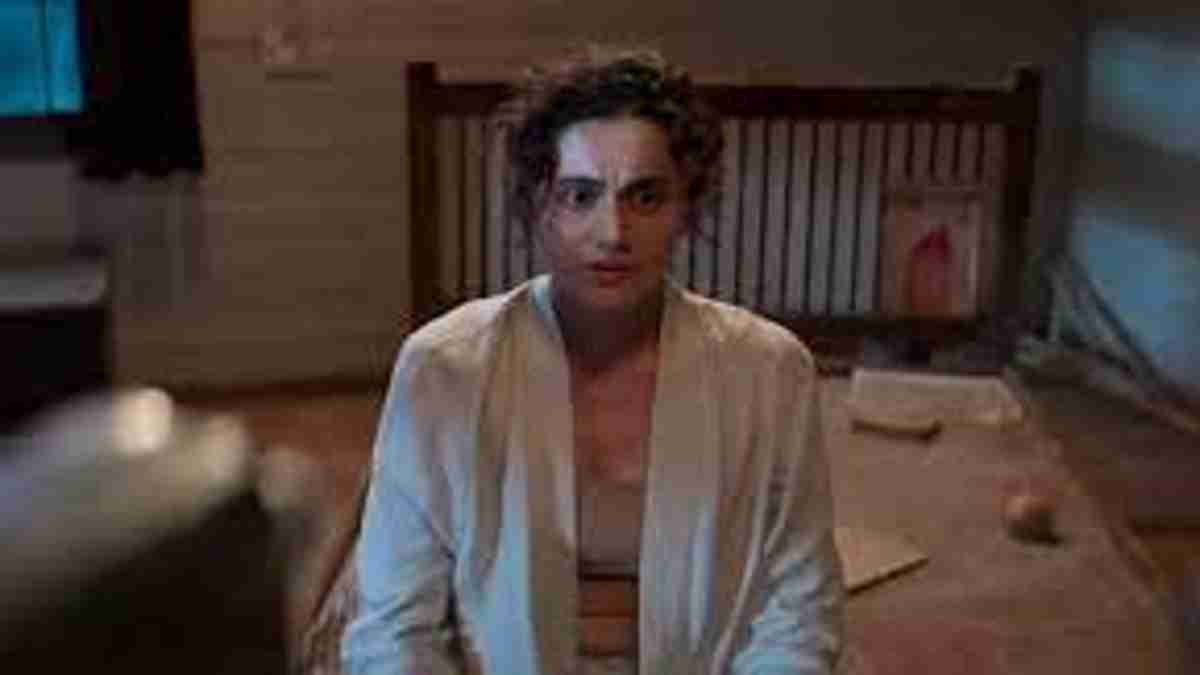 Anurag Kashyap’s mystery drama Dobaaraa starring Taapsee Pannu and Pavail Gulati hit the theatres on Friday. It is the Hindi remake of the 2018 Spanish film Mirage.

The plot of the film revolves around a woman who gets an opportunity to save the life of a 12-year-old boy who witnessed a death during a thunderstorm that took place 25 years ago, by connecting through the television set during a similar storm in the present.

Dobaaraa reviews are already out and going by tweeple reaction, Taapsee Pannu’s film got mixed reactions. Apart from the Twitter review, the critics’ verdict for Dobaaraa is also out. Here’s what leading news websites have to say about the film.

Read Also: Fabulous Lives of Bollywood Wives is back with another instalment and tweeple are unsure what to feel about it

Saibal Chatterjee, in his review, gave 3 out of 5 stars to Dobaaraa. He called Anurag Kashyap’s directorial a nimbly-crafter time-loop thriller that banks on pivotal performance by Taapsee Pannu.

“What is especially striking about Dobaaraa is that it makes no major concessions to the audience by resorting to overt explication of the phenomenon that triggers the female protagonist’s predicament although, admittedly, parts of the film are rather easy to decipher,” reviewed NDTV.

“Like Mirage, Dobaaraa too is muddled about the Que sera, sera (Whatever will be, will be) element in its philosophy because of an apparent determination to feature a relatable romance in every parallel sphere that Antara enters,” reviewed Firstpost.

For Rohit Bhatnagar, Taapsee Pannu’s starrer is a stylised thriller and an enticing tale of a parallel world.

“Taapsee is a good performer but her monotony kills the mood, however, the plot is so interesting that you hardly get time to distract yourself to realise an A-lister face is the torchbearer of the film,” reviewed Free Press Journal.

Dobaaraa review by The Quint

Giving 3.5 stars to the film, Pratikshya Mishra compared its score background with the film Shor Police and called the film engaging in its complexity.

“This time-loop thriller is building a jigsaw puzzle around the audience, waiting for them to connect the pieces while assuring them that it will all come together eventually. Dobaaraa isn’t without flaws: what Antara’s character has in urgency, she lacks in emotion,” reviewed The Quint.

Bollywood Hungama gave 2 stars to Dobaaraa and said the second half of the film lacks buzz and niche which might take a huge toll on its box office prospects.

“Anurag Kashyap’s direction is decent. Despite the complex narrative, he ensures that the audiences don’t get confused about where the film is heading,” reviewed Bollywood Hungama.

Dobaaraa review by The Indian Express

Shubhra Gupta, in her review, wrote the Taapsee Pannu-starrer never feels like an Anurag Kashyap film and it comes off too choppy and muddled.

“The time-travel mystery, an official remake of the 2018 Spanish film ‘Mirage’, also plays with our heads. Is it possible to go back in time, and change things around? Can multiple versions of us exist, at the same time, in parallel universes?” reviewed Shubhra Gupta.

As India is celebrating the film, we have collated a list of films you must watch if you loved SRK’s Pathaan. 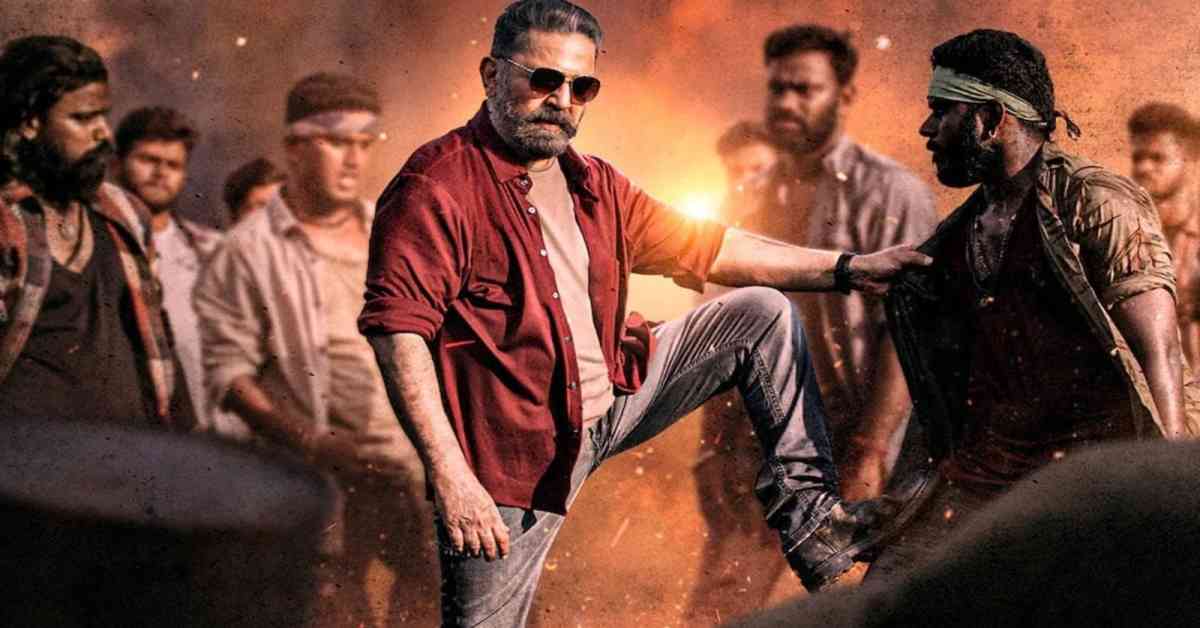 Shah Rukh Khan, Deepika Padukone, and John Abraham’s film Pathaan is roaring at the box office and has shattered all the records. Directed by Siddharth Anand, the film became the only Hindi film to breach the Rs 55 crore NBOC barriers set on Day 1.

Apart from this, SRK’s Pathaan broke 20 box office records in total and hogging headlines ever since it hit the theatres. With power-packed action, romance, and thriller, the film impressed the audience worldwide and is running houseful in theatres despite massive trolling and boycotting on social media ahead of its release.

Pathaan has been added to Yash Raj’s Spy Universe and fans cannot keep calm. As India is celebrating the film, we have collated a list of films you must watch if you loved SRK’s film.

Starring Kamal Haasan and Vijay Sethupathi, Vikram was a box office success and earned Rs 417-Rs 500 crores worldwide. The Tamil film is about a special agent who investigates a murder committed by serial killers.

Released in May 2013, the film features John Abraham, Anil Kapoor, Tushar Kapoor, Kangana Ranaut, Manoj Bajpayee, Sonu Sood, Siddhant Kapoor, and others in important roles. The film revolves around Manya, played by John Abraham, who lands in jail for killing a gangster who murdered his brother.

The 2019 action-thriller film was directed by Nikkhil Advani. Starring John Abraham, Mrunal Thakur, and Ravi Kishan in the lead roles, the film is inspired by the 2008 Batla House encounter case in the Batla House area of Jamia Nagar, Okhla, New Delhi.

Directed by Lokesh Kanagaraj, the Tamil action-thriller stars Karthi, Arjun Das, and Black Sheep Deepthi in pivotal roles. The plot of the film is about Dilli, an ex-convict, who wants to meet his daughter first after leaving prison.

Directed by Faruk Kabir, Khuda Haafiz features Vidyut Jamwaal and Shivaleeka Oberoi in the lead. The story is about a young man whose wife is abducted by human traffickers. The film also has a sequel.

Bigg Boss 16: Here’s why Shame On Farah Khan is trending on Twitter

When Farah reached Bigg Boss as a host, users said that she was completely biased towards the people of mandali. 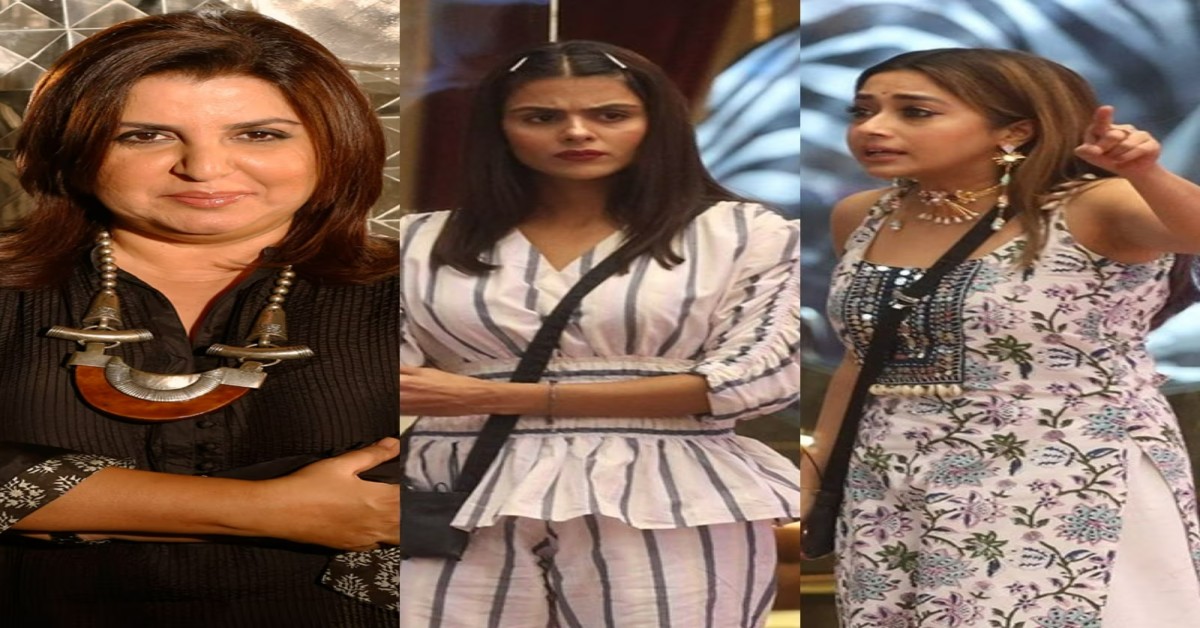 Everyone eagerly waits for the Weekend Ka Vaar of Bigg Boss. But from this week the host of the show Salman Khan will not be seen until the finale due to his other commitments. In such a situation, the makers of the show invited Farah Khan to host the show. But seeing the one sided view of Farah Khan, the social media users have slammed her. Farah has been reprimanded by the users.

Farah Khan had reached the show on Friday’s Vaar. Where she fiercely took classes of Priyanka Chahar Chaudhary and Tina Dutta. At the same time, she did not give any reaction to the behavior of Shiv and MC Stan throughout the week and Just caught hold of what Priyanka and Tina did for the whole week and reprimanded both of them fiercely. Hence, the users did not like this episode at all.

After this episode, users are venting their anger against Farah on Twitter. Several users wrote that Sajid’s sister is speaking his dialect. He had two brothers in the house, Shiv Thackeray and MC Stan, so how will Farah say anything to them. Let me tell you, when Farah came to meet her brother Sajid on the show during Family Week, she called Shiv, MC and Stan as her brothers too. On the other hand, Nimrat was also a part of the troupe, so a lot of love was showered on her too.

But this time when Farah reached Bigg Boss as a host, users said that she was completely biased towards the people of the troupe. Along with Farah, social media users have also called Bigg Boss as biased. One user wrote, it was very biased to target only Priyanka and Tina, while the whole troupe does nothing but backbite. At the same time, #ShameOnFarahKhan is also trending on Twitter. 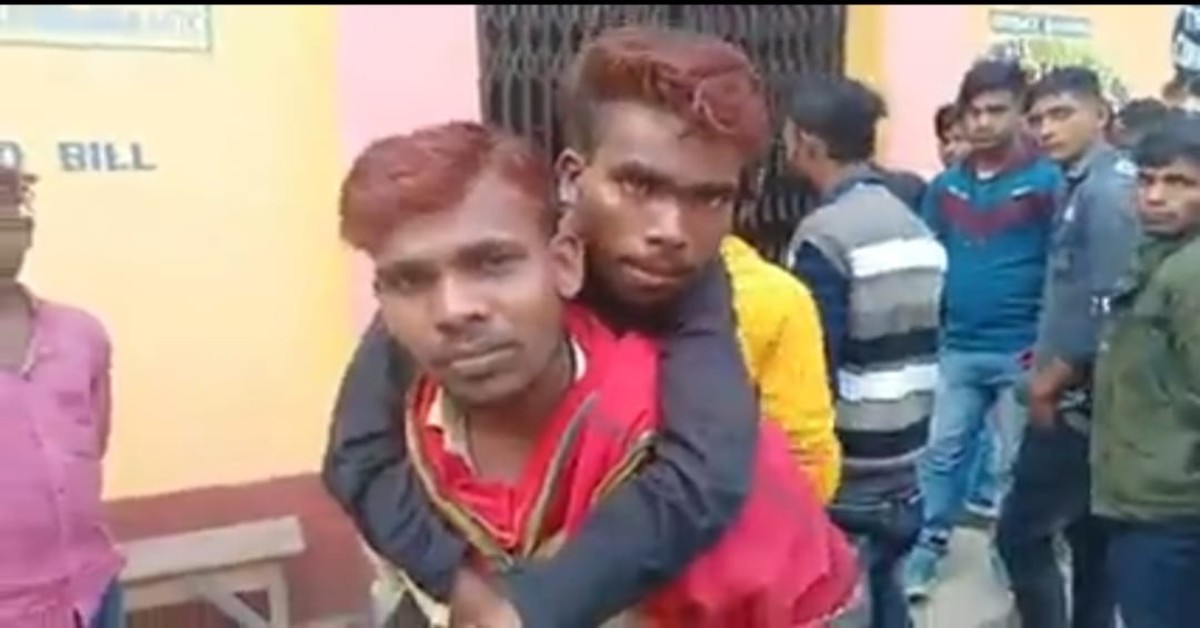 Amid Pathaan fans still grooving to ‘Jhoome Jo Pathaan’ and showering love to Shah Rukh Khan for, a video from West Bengal has gone viral on social media. Two men are seen in the video, one of whom is specially-abled and is being carried on the back by his friend.

The two are from Bihar’s Bhagalpur district and have come all the way from there to West Bengal’s Malda.

The 35-seconds-long now-viral video has garnered fromo that 172k views on Twitter and has been widely shared and liked by the social media users.

A man who has recorded the video asks them both from where they had come, to which they both reply Bhagalpur from Bihar. The man then asked the specially-abled man if he was a SRK fan, and the man nods in affirmation.

While the SRK fans hogged to hail the film, Pathaan, in the comments section, a social media user mentioned that the friend who carried was the real hero.

Meanwhile, Pathaan, which was released on January 25, is scripting history and breaking records. As Shah Rukh Khan returned to the silver screen after four years, the fans – overwhelmed by this long break – took SRK’s craze to another level and the film crossed thw worldwide earning of more than Rs 300 crore.