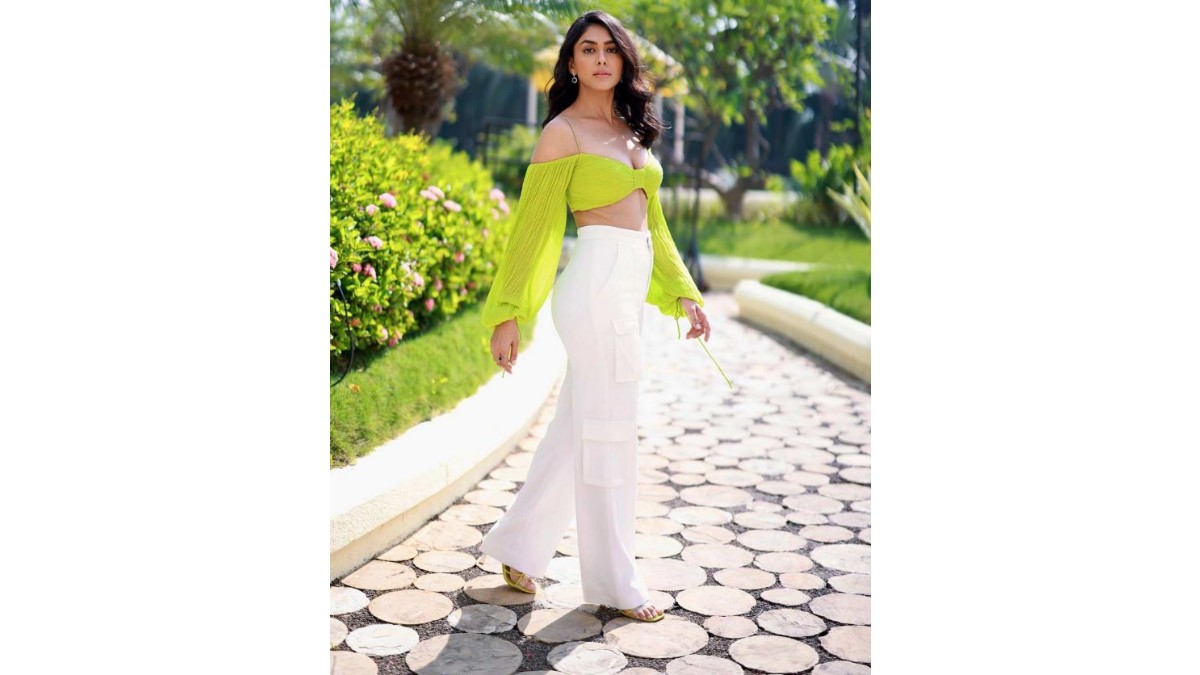 Body shaming isn’t a new phenomenon these days. People have developed the notion that a person can only be beautiful and appealing if they are lean. Times and again Bollywood actors have been shamed for their bodies and the latest one to join the queue is Jersey actor Mrunal Thakur.

In an interview with a leading entertainment portal, Mrunal recalled the time when she was trolled for her figure. Talking about the time, the Dhamaka actor said people used to call her Matka and used to attack her for her curvy figure. Explaining the same, Mrunal said her weight starts shredding from her face, then from her upper body, and finally from her lower body, stating she still has this pear-shaped figure.

Talking about if she ever feels demotivated or less confident, Mrunal said, rather than being offended by people calling her Matka, she takes great pride in it. She also stated that it is not necessary to have a zero figure but being fit and healthy is what’s more important. She added that it depends on what body type you have. We all have different body types.

Mrunal Thakur also revealed that when she visited America, she was called Indian Kardashian. She said when she was in the United States, people told her that a lot of women pay big bucks to acquire that body. On being called Indian Kardashian, Mrunal said I was so happy that yes we need to celebrate. And now I have the confidence to post a picture and I just want to make sure that these trolls do not affect me.

The actor also discussed how vital it is for everyone to talk about body concerns and to normalize real bodies. She went on to say that whether it’s acne or PMS, it’s all-natural and that there’s nothing anyone can do about it.

The most unpredictable team of IPL shocks everyone yet again!