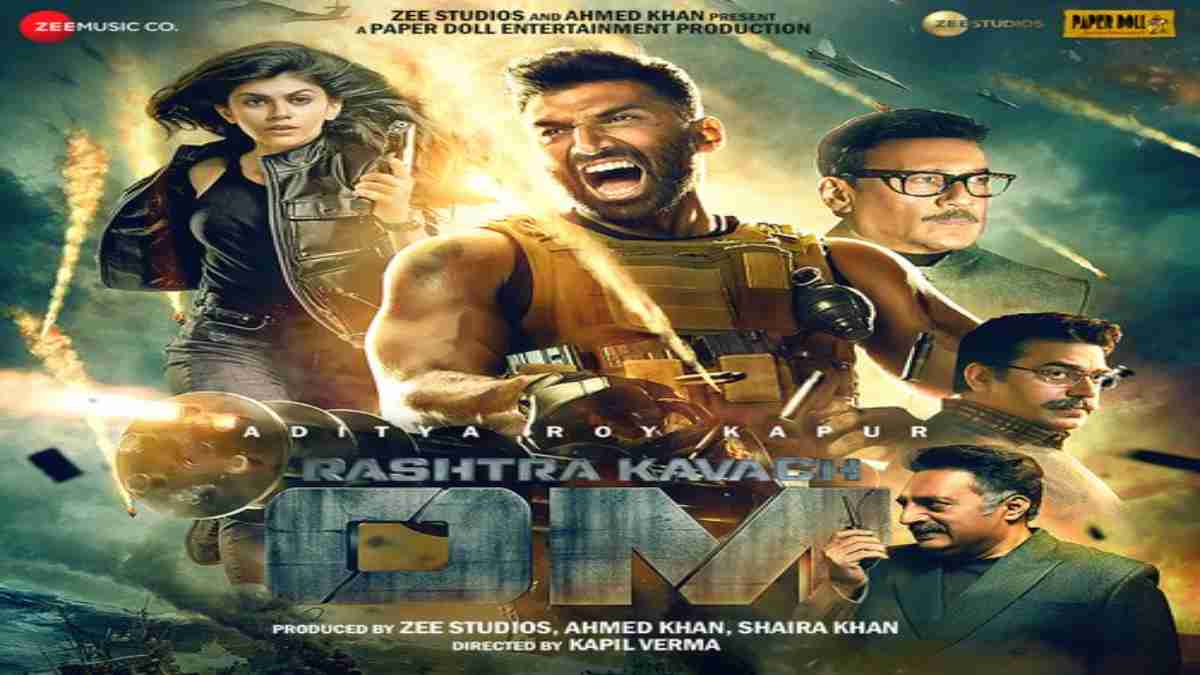 Written by Raj Saluja and Niket Pandey, the action thriller revolves around Aditya Roy Kapur who went beyond limits to prove that his father, played by Jackie Shroff, is not a traitor.

The reviews for Rashtra Kavach Om are finally out and going by the reviews, the film failed miserably to impress the audience. Here’s a look at what news websites have to say about the action-thriller.

The Times of India review by Ronak Kotecha said, ‘Aditya Roy Kapur’s action is the saving grace of this doomed mission.’ The leading daily gave 2 and a half stars to the film and called it unreal and outlandish as its name.

“It’s a story that is padded with multiple layers making it unnecessarily complex. The deafening background score adds noise to every big and small event on the screen. However, the action choreography is a definite plus and somewhat makes up for the otherwise lengthy and laborious screenplay,” the Times of India said.

“Yes, Aditya Roy Kapur can pull off the action with his lean mass look, physique and effortless moves, but even his well-bronzed biceps and abs are not enough to carry this daft action thriller. His co-star Sanjana Sanghi, also playing a para commando as Dr Kavya, dishes out some slick action moves and does it well. However, the entire cast dishes out a mediocre performance that fails to elevate the poorly-written script,” Pinkvilla said.

The headline by Firstpost read, ‘Aditya Roy Kapoor proves a fine action hero in Om.’ Reviewed by Subhash K Jha, the website applauded the action scenes performed by the actor.

“It’s time to reorganize and revamp the commercial cinema’s eco-system. Rashtra Kavach Om is a gladdening step in the right direction. But in getting there it sidesteps basic coherence. The fancy editing only makes things worse,” reviewed Firstpost.

The India Today headline read, ‘Aditya Roy Kapur comes in like a wrecking ball. In slo-mo. The End.’

Reviewed by Nairita Mukherjee, the website said, “Aditya Roy Kapur’s glistening biceps, though impressive, may not be strong enough to hold the weight of this strictly average actioner.”

“Aditya Roy Kapur-Sanjana Sanghi starrer is yet another addition to films Bollywood has adopted as a safe bet these days, with a hero who has patriotism oozing out of his pores,” Shubhra Gupta.

Alia Bhatt pregnancy: Did you know a Reddit user revealed 2 months ago about actor’s pregnancy? What happened next to the user will shock you 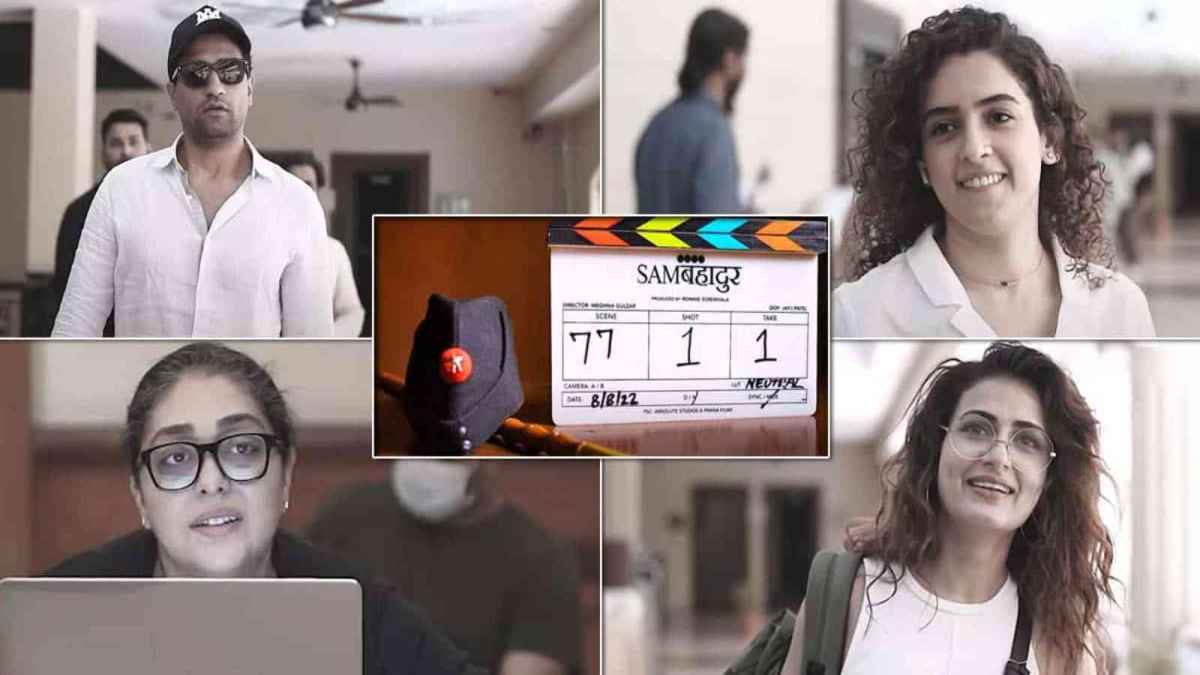 Richa further explained how the couple are very excited to get married but are worried about COVID hence they want to design their plans while being mindful about the ramifications involved. Bollywood actors Richa Chadha and Ali Fazal are all set to get married this September. The Masaan actor has finally come out with her wedding plans in an interview with News18.

Richa Chaddha and Mirzapur’s Ali Fazal have been planning their wedding since 2020, but Covid had other plans for them which made them postpone their wedding during that time.

The duo made headlines when they announced their relationship back in 2017 as they attended the premiere of ‘Victoria and Abdul’ in Venice.

Richa’s response to the question about her wedding plans was vague but she further went on to explain the despondence she felt when she wasn’t able to get married as pandemic came into play. The duo were supposed to elope in 2020 and had even made most of the arrangements. However, the Pandemic didn’t make it easy for anyone to carry out their lives as planned, not even Richa and Ali’s.

Richa further explained how the couple is very excited to get married but are also worried of the pandemic and it’s restrictions. Hence they want to design their plans while being mindful about the ramifications involved. She remarked that she wouldn’t want to make the headlines for the wrong reasons.

She further expressed the couple’s frustration about their jam-packed schedule as they both have been busy after things took a turn towards normalcy and the work resumed in full force. The star said jokingly that they’d have to take a live production job by taking combination dates and making sure the wedding happens this year.

When asked about the wedding season in Bollywood, Richa said that she initially didn’t understand it but after witnessing all the celebrity wedding in the recent times, she understands how watching pictures of celebrities getting married can be a thing for people to be fascinated about, adding that everyone wants to see some happiness and joy.

Ali and Richa will be starring together in their stint of Fukrey 3. The Madam prime minister star has been taking Kathak dance lessons for her upcoming project, Heeramandi, with Sanjay Leela Bhansali. Meanwhile, Ali Fazal is busy with the third season of the most anticipated wed series of India, Mirzapur, in his celebrated role of Guddu Bhaiya. 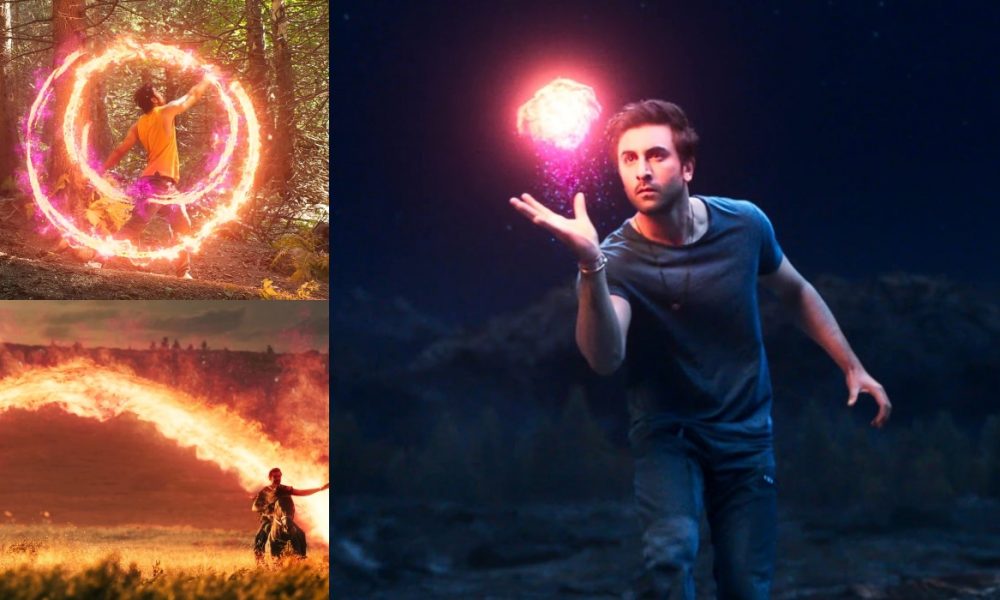 As the Agni Astra, Ranbir Kapoor can be seen practising and playing with fire in the forest as the devotional song starts. The earworm, which is all about worshipping Lord Shiva, is filled with imaginative imagery.

The film also features Amitabh Bachchan and Alia Bhatt. Arijit Singh and Jonita Gandhi have sung the song Deva Deva, which was penned by Amitabh Bhattacharya and composed by Pritam.

Karan Johar took to his Instagram and announced the song release, Deva Deva, from the film Brahmastra, while sharing the post he wrote, ‘Presenting the Soul of Brahmāstra – Deva Deva out now! #Brahmastra.’

On September 9, 2022, Brahmastra will be released in four more languages: Tamil, Malayalam, Kannada, and Telugu. It not only features Amitabh Bachchan, Nagarjuna, and Mouni Roy, but this is the first time that Ranbir and his wife Alia have worked together.

Moreover, Ranbir Kapoor’s Shiva is a warrior of the powerful Brahmastra in the first part of the Astra film series. The element fire stands in for him. The Brahmastra is guarded by Amitabh Bachchan and Nagarjuna, while Mouni Roy stands for the evil powers who want to possess it.