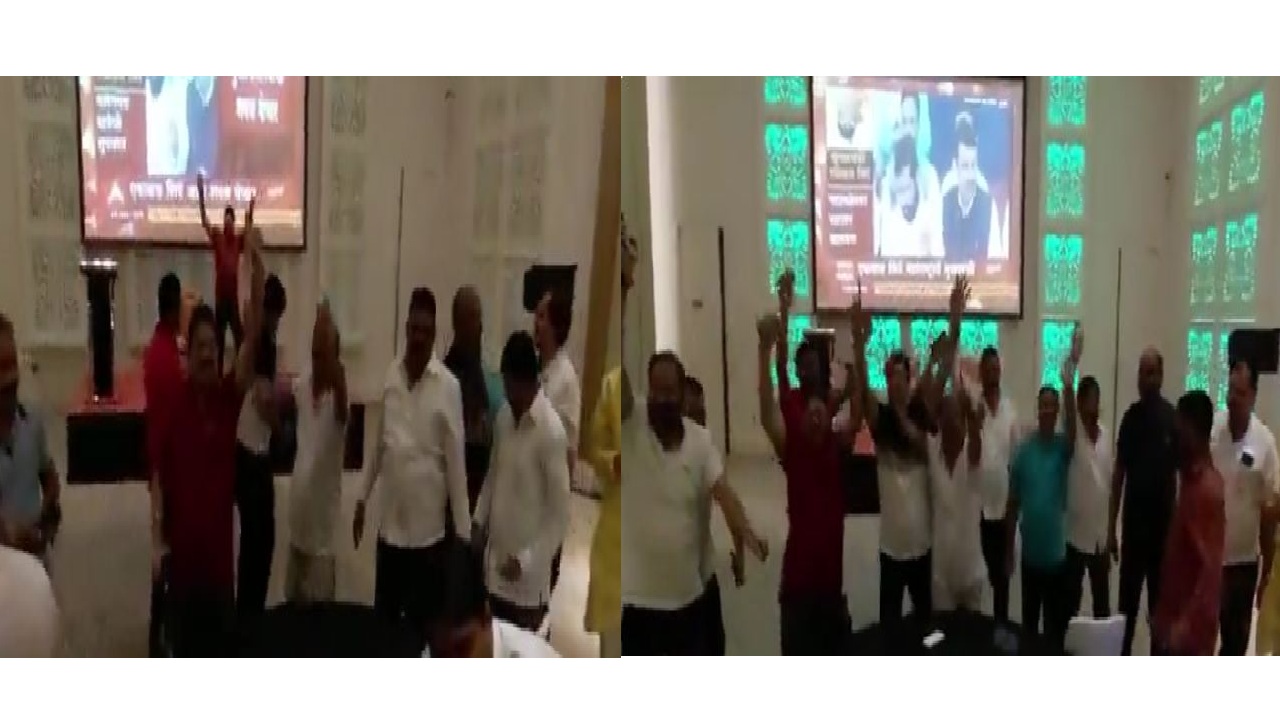 Eknath Shinde is the new Chief Minister of Maharashtra and this news made the rebel Shiv Sena MLAs break into dance at Goa Hotel. The video is now doing rounds on the internet. Shinde led the rebellion to topple the Maha Vikas Aghadi’s government that was headed by Uddhav Thackeray.

A day before Eknath Shinde took oath as the Chief Minister of Maharashtra, Uddhav Thackeray resigned from the same position.

The announcement of Shinde becoming the next Chief Minister was made by BJP leader Devendra Fadnavis. However, people were expecting that he would become the CM and Shinde to be the deputy following the Uddhav Thackeray government’s collapse.

As the announcement of Uddhav Thackeray becoming the new CM came, the rebel MLAs started celebrating the news by dancing their heart out. The video went viral and several users said that this is the bad state of politics.

Another user wrote that the joke is on who is voting for the other people but is getting them.

Yet another user wrote that money can make anyone groove like that.

In the video, that was shared by news agency ANI, it can be seen that the rebel MLAs were dancing to the tunes of a Marathi song. A few other MLAs also jumped on top of a table and started grooving to the music. In the other video, which is also doing rounds on the internet, it can be seen that several MLAs were seen chanting slogans in support of Eknath Shinde. This news came a day after Uddhav Thackeray resigned as the Maharashtra Chief Minister.

The agenda of the meeting was to implement the National Education Policy in the schools and higher education institutions, urban governance, crop diversification, and achieve self-sufficiency in oilseeds. 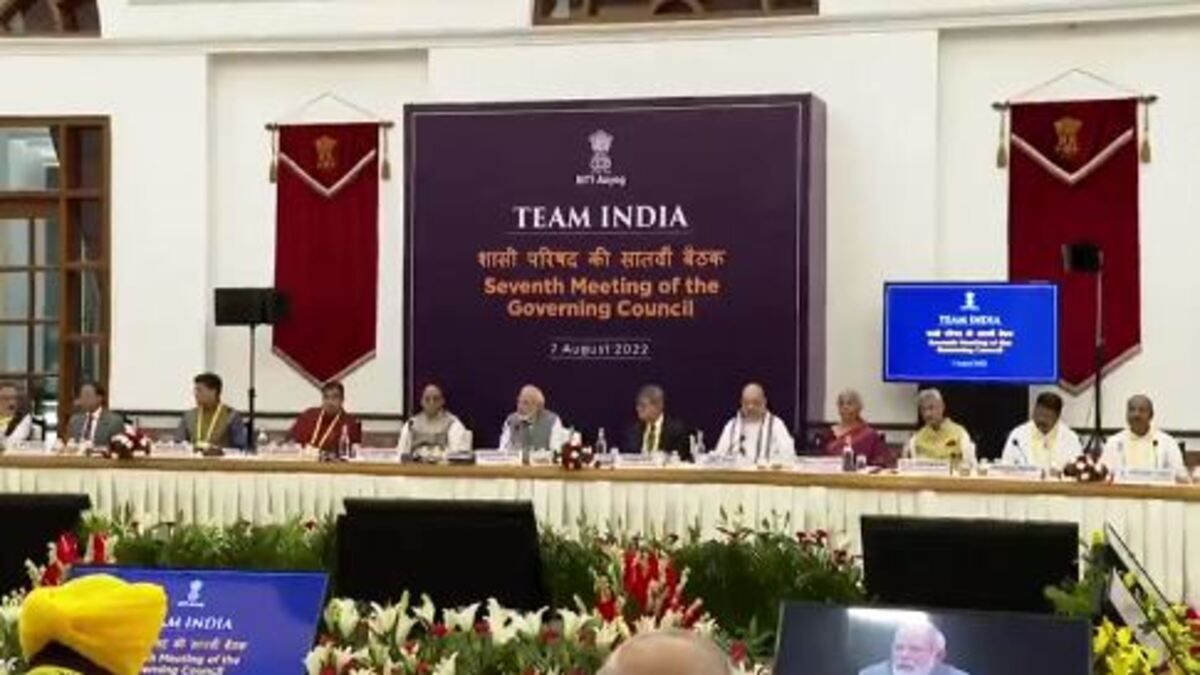 Prime Minister Narendra Modi on Sunday chaired a meeting of the 7th governing council of the National Institution of Transforming India (NITI) Aayog at Rashtrapati Bhawan’s Cultural Centre in the national capital. The agenda of the meeting was to implement the National Education Policy in the schools and higher education institutions, urban governance, crop diversification, and achieve self-sufficiency in oilseeds.

However, K Chandrashekar Rao officially boycotted the meeting through a letter to Prime Minister Modi on Saturday. He accused the Centre of discriminating against the states including Telangana. But Bihar CM Nitish Kumar did not give any official reason for the absence. Some reports said that he was absent because he recovered from Covid-19 just a week before.

KCR wrote that he didn’t find it useful to attend the 7th Governing Council meeting of NITI Aayog. He stood away from it as a mark of strong protest against the present trend of the Central government discriminating against the states and not treating them as equal partners in their collective efforts to make India a strong and developed country

Earlier, Rejecting Union Home Minister Amit Shah’s announcement of a future alliance with Bihar allies, the JDU denied any alliance with the BJP in the 2024 Lok Sabha elections and 2025 assembly elections. Amit Shah said that the BJP would contest the future polls with its allies in Bihar.

JDU president Lalan Singh said that the discussions on it were imaginary. First, they will prepare themselves and then they will decide who will be their alliance partners in the elections.

The JDU also sought explanations from its former president RCP Singh on all the properties he acquired in the last nine years. RCP Singh praised PM Modi for his excellent work.

In November 2020, the BSP MP Atul Rai’s brother also filed a case of forgery against the woman in Varanasi. 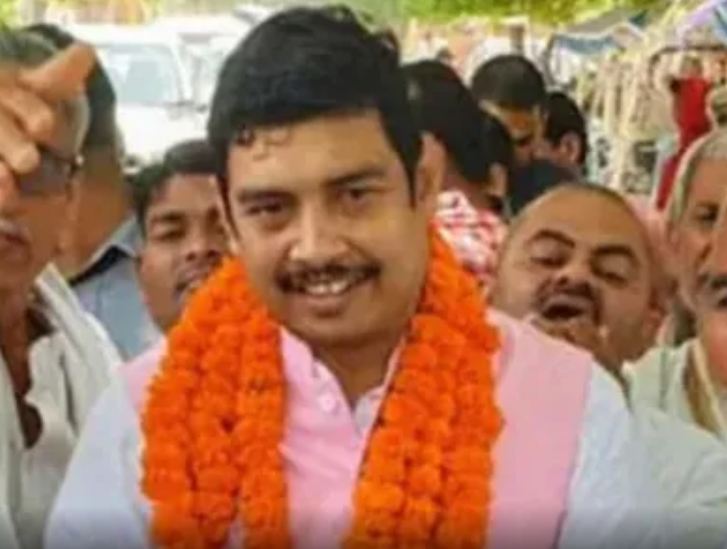 The Varanasi court on Saturday acquitted the Bahujan Samaj Party MP from Uttar Pradesh Ghosi district of rape charges levelled by a woman, who had set herself on fire outside the Supreme Court a year ago.

Yet, Rai, who has been serving a jail term since 2019, will not be released from prison because of other pending cases against him. He had surrendered in June 2019, a month after the woman had filed a case against the politician. This comes after winning the Lok Sabha elections in 2019 from eastern UP’S Ghos seat on a BSP ticket.

A 24-year-old woman from eastern Uttar Pradesh had accused Atul Rai of rape in 2019. In her complaint to the police, the woman said Atul Rai had raped her in 2018 at his Varanasi residence.

Read Also: Maharashtra: Fire breaks out in godown and hutments in Reti Bandar in Mumbai

The woman had died in a Delhi hospital in August last year, a week after she and her male friend set themselves on fire outside the Supreme Court. The woman’s friend also died of burn injuries.

The woman and her friend did a Facebook Live before setting themselves on fire. In the video, they accused the Police in Varanasi, where she had filed the case of colluding with the jailed MP and his relatives, claiming no justice.

In November 2020, Rai’s brother also filed a case of forgery against the woman in Varanasi.

The bail application of Atul Rai, an accused in the abetment to suicide case filed by the Uttar Pradesh police, was already rejected by the Allahabad High Court in July.

Nitish Kumar’s Janata Dal United (JDU) has sought a reply from former party president RCP Singh on all the properties he acquired in the last nine years. 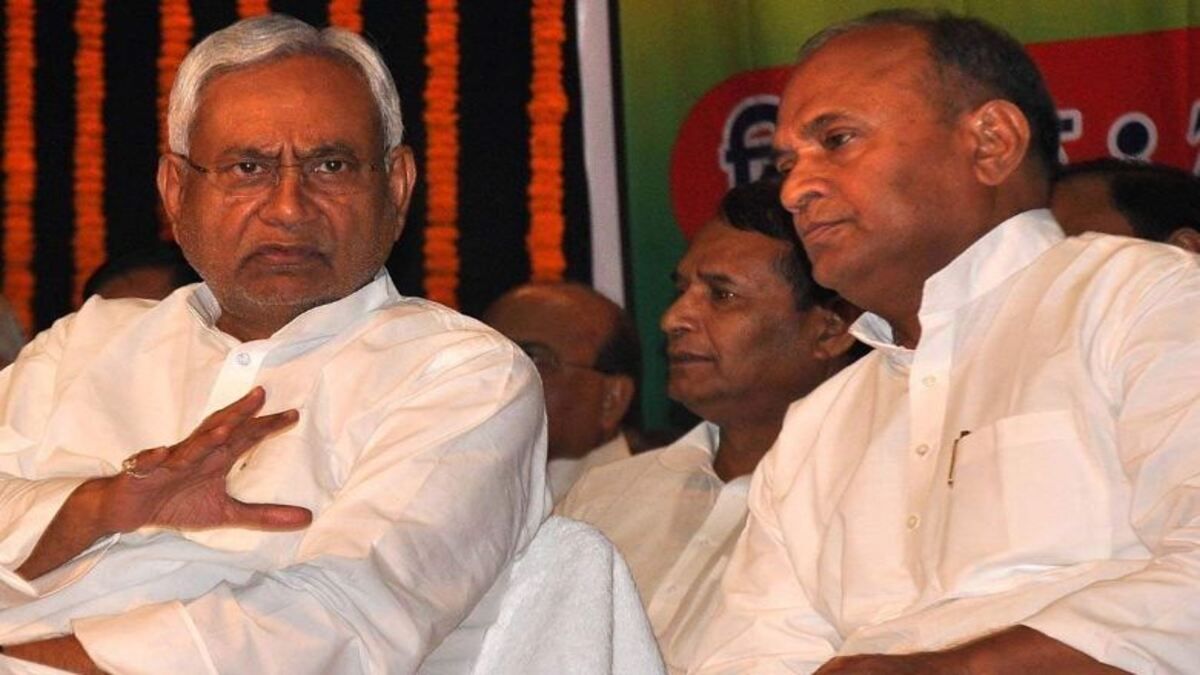 Bihar Chief Minister Nitish Kumar has been playing on his own ground in Bihar’s politics since 2005. In a shocking letter, Nitish Kumar’s Janata Dal United (JDU) has sought a reply from former party president RCP Singh on all the properties he acquired in the last nine years.

The incident has come in a response to a video where some people raised slogans projecting RCP Singh as the future chief minister of Bihar. There were speculations that he will be the chief ministerial candidate of the BJP in the 2025 assembly elections.

Rejecting Union Home Minister Amit Shah’s announcement of a future alliance with Bihar allies, the JDU also denied any alliance with the BJP in the 2024 Lok Sabha elections and 2025 assembly elections. Amit Shah said that the BJP would contest the future polls with its allies in Bihar. JDU president Lalan Singh said that the discussions on it were imaginary.

Lalan Singh said that they will prepare themselves and then they will decide who will be their alliance partners in the elections.

The JDU accused RCP that he has done several irregularities on his property.

Denying irregularities in properties, RCP Singh told NDTV that these properties were bought by his wife or daughters who were paying income tax since 2010.

Commenting on the JDU letter, he said that it was an attempt to humiliate him.

Former Union Minister RCP was the national president of the JDU from December 2020 to July 2021. He was serving as Minister of Steel in the second term of the Modi government. In July this year, he had to resign from his post as JDU denied his request for Rajya Sabha membership.

He was an Indian Administration Officer of Uttar Pradesh cadre and also served as principal secretary of Nitish Kumar in Bihar government.  The JDU and the BJP have been working together since 2005 in Bihar politics.