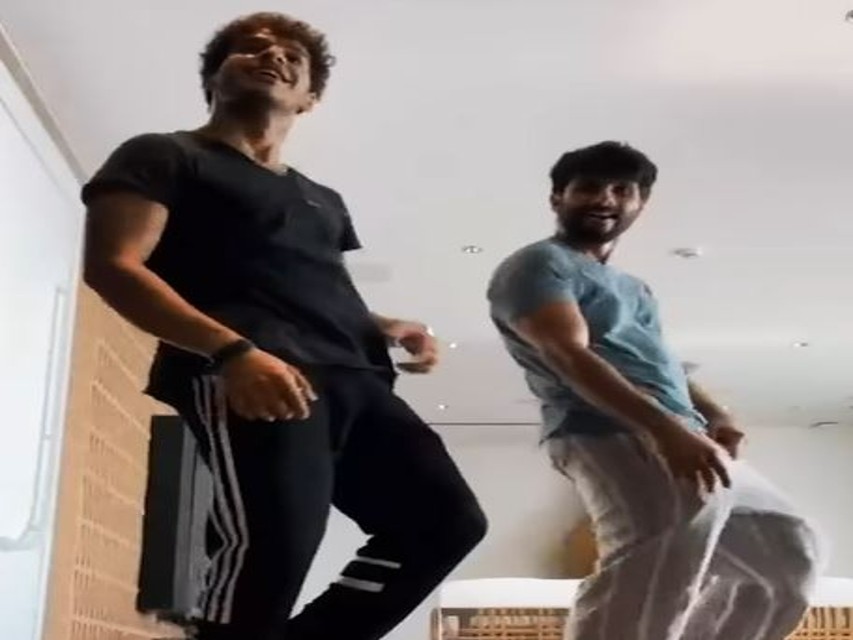 Bollywood actor Shahid Kapoor has always been vocal about his love for his baby brother Ishaan Khatter. Both the Kapoor brothers are not only good actors but an phenomenal dancers.

And today Shahid gave s sneak peek into his dancing sessions with brother Ishaan. The jersey actor was seen daunting a daunting a lower and homely t-shirt. What it seems with the background is that the location in the video is none other than Ishaan Khatter’s newly bought home in Mumbai.

Both the Kapoor brothers could be seen giving a try at the Michael Jackson’s Smooth Criminal songs with a mix of lots of his choreography. Shahid could be seen leading in some steps while Ishaan takes over in the other.

Overall it’s safe to say that the video is enough to give a proof of Ishaan and Shahid’s sink with each other. But the highlight of the video was their mother Neelima Azeem, who could be seen standing in the background adoring her sons doing what they love and love what they do.

Shahid Kapoor’s last release was Jersey, a remake of a Telugu award-winning movie. The movie was released on Netflix due to the pandemic and received a lot of love from the fans. Shahid Kapoor’s next project is titled Farzi which stars him alongside Kriti Sanon. This project will mark his OTT debut. The movie will premiere on Amazon Prime videos on 25th December 2022.

On the work front, Ishaan Khatter who was last seen in Khali Peeli opposite Ananya Pandey, will be seen next opposite Katrina Kaif and Gully Boy star Siddhant Chaturvedi in Phone Bhoot and is also working with Mrunal Thakur in Pippa.