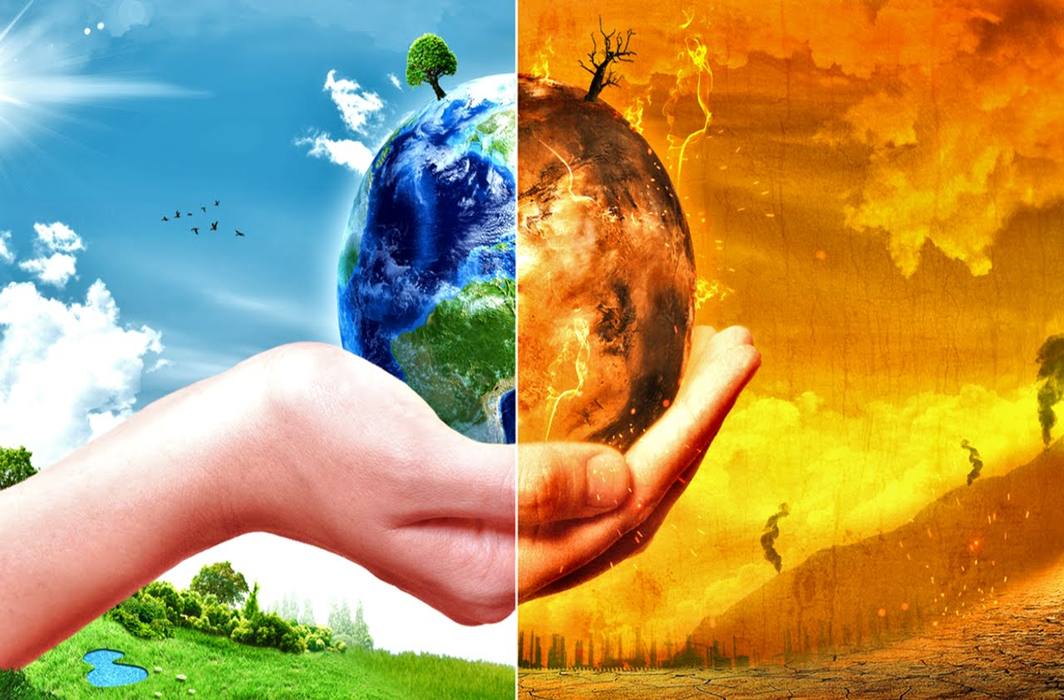 As the world experiences unprecedented heatwaves nearly all over, a new report by scientists says the world is at risk of entering “hothouse” conditions where global average temperatures will become four to five degrees Celsius higher even if emissions reduction targets under a global climate deal are met.

Temperatures have risen about 1.1°C (or about 2 degrees Fahrenheit) above pre-industrial levels. Virtually the entire scientific community has concluded that Earth’s temperature is climbing considerably faster than it did prior to the industrial era, and that greenhouses gases generated by human activities are the principal cause.

A new study published in the US Proceedings of the National Academy of Sciences (PNAS) on Monday said it is likely that if a critical threshold is crossed, it may lead to a cascading effect with several tipping points being crossed leading to abrupt change.

Such processes include permafrost thaw; the loss of methane hydrates from the ocean floor; weaker land and ocean carbon sinks; the loss of Arctic summer sea ice and the reduction of Antarctic sea ice and polar ice sheets, said the report.

“These tipping elements can potentially act like a row of dominoes. Once one is pushed over, it pushes Earth towards another,” said Johan Rockstrom, co-author of the report and executive director of the Stockholm Resilience Centre, according to media reports.

“It may be very difficult or impossible to stop the whole row of dominoes from tumbling over. Places on Earth will become uninhabitable if ‘Hothouse Earth’ becomes the reality,” he added.

A 2015 Paris climate agreement aimed to keep global warming below 2 degrees Celcius, compared with pre-industrial levels. But according to the report, the risk of tipping cascades could be significant at a 2C temperature rise — and could increase sharply beyond that point.

“This cascade of events may tip the entire Earth system into a new mode of operation,” warned co-author Hans Joachim Schellnhuber, Director of the Potsdam Institute for Climate Impact Research, according to a report by Al Jazeera.

“The feedback process becomes self-perpetuating after a critical threshold is crossed,” the study said. “The ‘earth system’ may be approaching a planetary threshold that could lock in a continuing, rapid pathway towards much hotter conditions — Hothouse Earth.”

Thus, even if humanity slashes greenhouse gas emissions in line with Paris climate treaty goals, the planet could overwhelm such efforts and irretrievably tip into a hellish ‘hothouse’ state.  Under such a scenario, the earth’s average temperature would stabilise 4 or 5 degrees Celsius above pre-industrial levels, rather than the 1.5 ° C to 2 ° C cap called for in the 196-nation pact.

As it is, the world is struggling to curb the man-made carbon pollution that amplifies the likelihood and intensity of deadly heatwaves, droughts and superstorms: climate change continues to outpace the transition to a green, clean global economy.

But that challenge will become exponentially more difficult if the earth itself gets into the act, the researchers said. Scientists from the Stockholm Resilience Centre, the University of Copenhagen, Australian National University and the Potsdam Institute for Climate Impact Research worked on the study.

They said that “Hothouse Earth” is likely to be dangerous to many and uncontrollable.

Rivers would flood, storms would wreak havoc on coastal communities and coral reefs would be eliminated – all by century’s end or even earlier.

Global average temperatures would exceed those of any interglacial period — meaning warmer eras that come in between Ice Ages — of the past 1.2m years. Melting polar ice caps would lead to dramatically higher sea levels, flooding coastal land that is home to hundreds of millions of people, reported Al Jazeera about the study.

The “carrying capacity” of a 4C or 5C degree world could drop to a billion people, co-author of the study Hans Joachim Schellnhuber has said previously.

How Machilipatnam became site of a pioneering discovery in 19th century 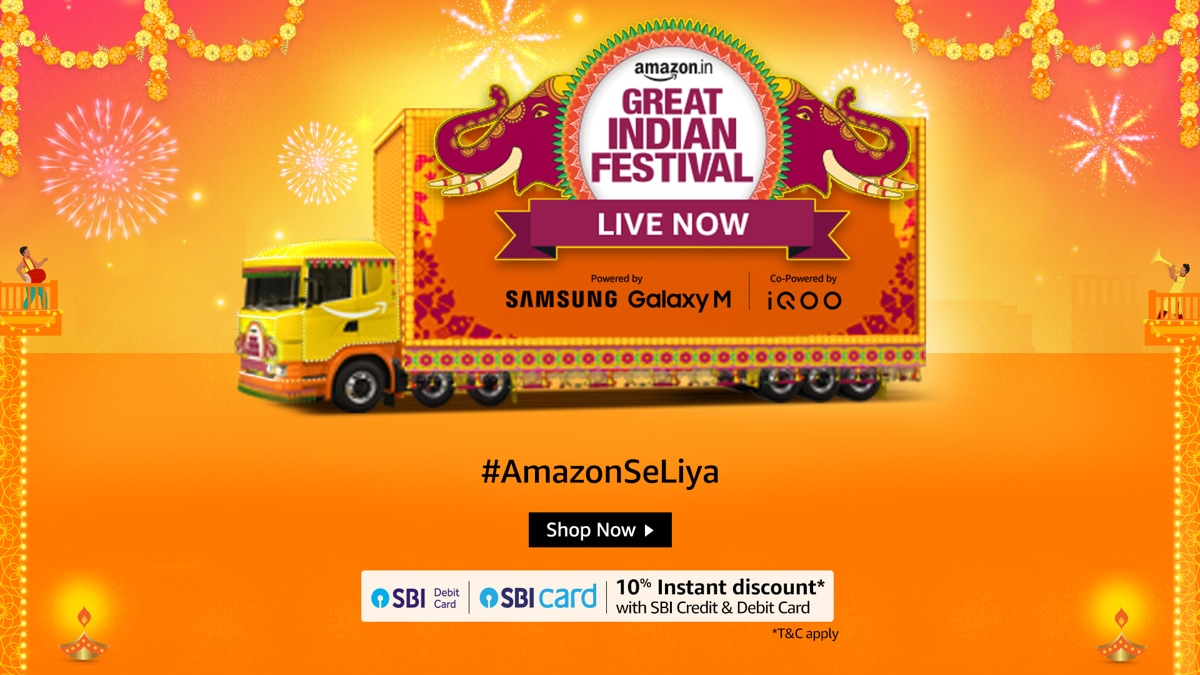 Looking for the best feature-loaded smartphone under the budget of Rs 25,000? Looking for a good sale to have one? If yes, then you are on the right site. E-commerce giant Amazon has started its Great Indian Festival 2022, under which customers can purchase massive discounts on smartphones.

To attract more customers, the company also tied up with leading banks such as HDFC and SBI in order to provide additional discounts to its credit and debit card holders.

Here are some best smartphones under the budget of Rs 25, 000 during Great Indian Festival 2022

Redmi’s one of the hot-selling products, Note 10 Pro Max, which launched in March, last year at the starting price of Rs 19, 999, has been listed at the discounted price of Rs 17,999. The smartphone comes with a 120Hz AMOLED display, a 108MP quad-camera setup, and a 5020 mAh battery and glass on the back.

The handset also gets the latest Snapdragon 732G SoC product so that customers can experience fast touch and smooth experience while operating any heavy application on the phone.

Launched in March, last year at the starting price of Rs 24, 999, now can be purchased at the discounted amount of Rs 21,890. At this price range, customers get latest Snapdragon 800 series chipset, which makes the phone user-friendly for all the customers who love to play games on the phone.

If you think the list of features of this hot selling product is over, then we will ask you to hold your horses because the product has a lot to offer. Poco X3 Pro also comes with a 5,160 mAh battery life, 120Hz LCD panel with 33W fast-charging support, and a 48 MP quad-camera setup, which will provide good image quality in low light.

Vivo’s sub-brand iQoo has also launched a feature-loaded phone name Z3 also has been listed on sale at the starting price of Rs 15,999. The gadget comes with 5G technology, a triple camera at the back, and a Snapdragon 768G SoC with supports 55W fast charging.

During the sale, customers can get huge discounts on leading smartphone manufacturing companies like Apple, Redmi, Oppo, Realme, OnePlus, iQoo, and Xiaomi, among others. 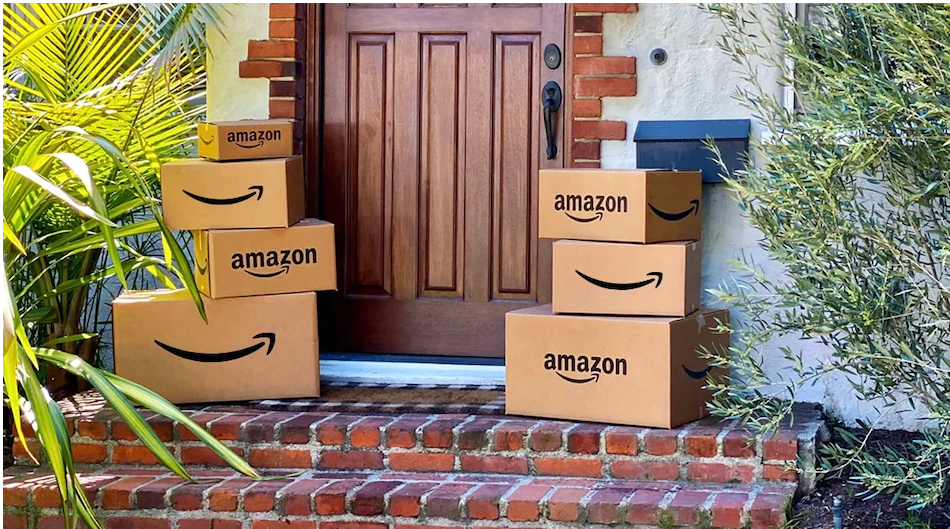 If you were planning to purchase smartphones, laptops and other tech gadgets and missed an online sale, here is your chance to redeem yourself as an e-commerce giant Amazon is set to host a Great Indian Festival Sale on September 23. However, the prime can enjoy early access to the sale a day before.

As per the company, the sale will last for eight days and it will end on September 30.

During the sale, customers can get huge discounts on leading smartphone manufacturing companies like Apple, Redmi, Oppo, Realme, OnePlus, iQoo, and Xiaomi, among others.

The latest and one of the hot selling products from Apple iPhone 13, which was launched at the starting price of Rs Rs 65,329, now can be purchased during the sale at Rs 54,990.

In order to attract new customers, the online shopping platform partnered with Axis and ICICI, giving an additional discount of Rs 3000 to all credit card users.

The leading Chinese smartphone manufacturer Realme’s Narzo 50A has been listed during the sale. Interested customers can purchase the feature-loaded handset with a flat discount of Rs. 2,500 at a price of Rs. 10,990.

In order to provide the extra discount on handsets, the firm has introduced the exchange offer on this deal, where customers can enjoy an extra discount by giving their old phones to the company.

For those, who are looking for the latest laptops, Amazon is offering a huge discount of up to Rs. 44,701 on top laptop brands including HP, Asus, Dell, and more. All the discounted laptops will come with the latest chipset and 11th generation Intel Core i7 processor that will allow users to work smoothly on heavy applications like Lightroom and Premier Pro

Apple’s newly launched and one of the hottest selling products iPhone 13 128GB, which was launched at the starting price of Rs. 65,990 is now being sold under a heavy discount Rs10,000 by the e-commerce giant Amazon of Rs10,000, 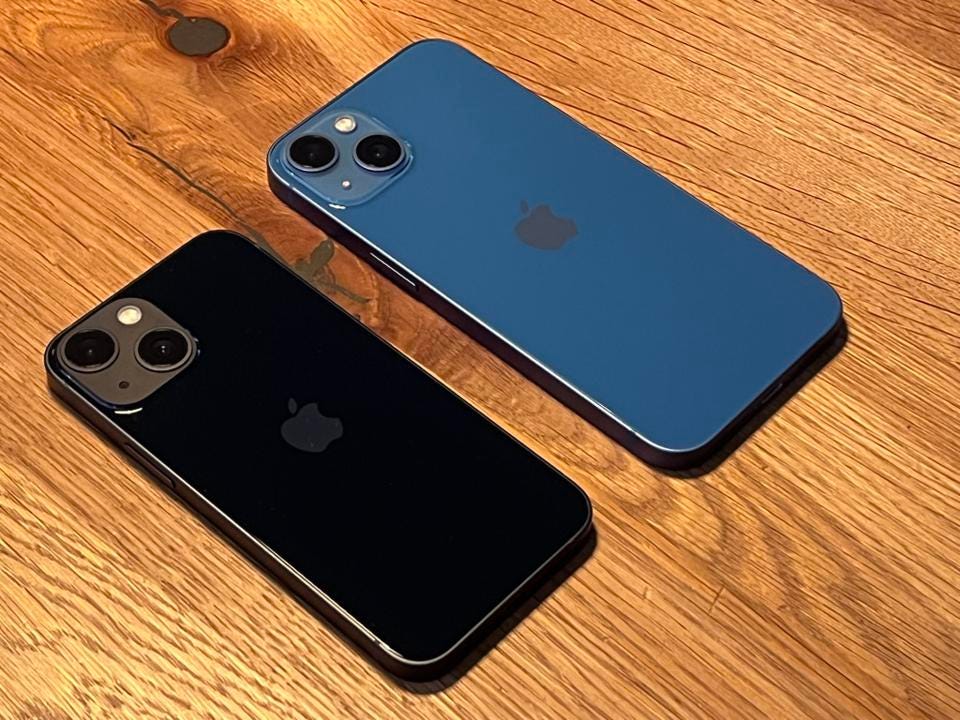 Planning to purchase an Apple iPhone 13? Then here’s a piece of good news for all of you. Apple’s newly launched and one of the hottest selling products iPhone 13 128GB, which was launched at the starting price of Rs. 65,990 is now can be purchased under a heavy discount by the e-commerce giant Amazon of Rs10,000, which means interested customers can purchase the handset at Rs 65,900.

To attract new customers, the company also introduce the exchange offer on the deal, which will make the rates even lower. Customers can give their older phones to the shopping website and purchase the all new iphone 13 at the lowest price ever.

Interested customers looking to purchase the second base c variant, which was launched at the starting price of Rs 89,900, now has been listed under Rs 74,900 on Amazon. While 512GB is being sold at Rs 99,900. To note, the company has not introduced addtional bank offers on this deal.

Its been almost 8 to 9 months since Apple has launched its feature-loaded iPhone 13 series and the specs are fairly known to everyone. But in case if you are not familiar with it then let us tell you that the iPhone 13is powered by the latest flagship A15 Bionic SoC, which comes with a 6.1-inch Super Retina XDR display and provides full a 4k while operating the phone.

The phone also comes with a dual-camera setup at the back, which has both sensors of 12MP. The company claimed that the handset is IP68 certified, which means it is water and scratch-resistant. The iPhone 13 lower variant mini also comes with the same specs but with a smaller 5.7-inch display.