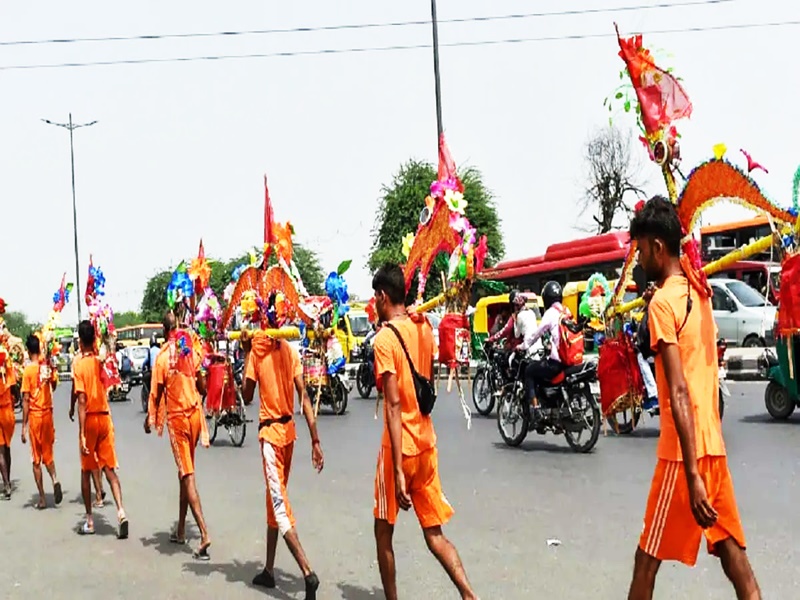 India’s top doctor’s body, the Indian Medical Association has on Monday appealed to the Centre and the state governments to restrict all mass gatherings and religious festivals celebrations in view of the potential third wave of the Covid-19 pandemic.

Warning the Central and state governments, the medical body said that India has just stepped out of a disastrous and deadly Covid wave and people and governments are showing complacency in various parts of the country. They are engaged in mass gatherings without following Covid protocols.

In a press release, the IMA said with the global evidence available and the history of any pandemics, the third wave is inevitable and imminent…However, it is painful to note…in many parts of the country both the government and public are complacent and engaged in mass gatherings without following Covid protocols

Tourist bonanza, pilgrimage travel, religious fervour are all needed but can wait for a few more months. Opening up these rituals and enabling people without vaccination to go scot-free in these mass gatherings are potential super spreaders for the Covid third wave, it said.

The consequences of treating a Covid patient and its impact on the economy will be much better than the economic loss suffered by avoiding such mass gatherings, the IMA release said.

The Uttar Pradesh government on July 7 has given a go-ahead to the annual Kanwar Yatra from July 25, and directed officials to coordinate with the neighbouring states to ensure Covid guidelines are followed.

However, on July 8, the Uttarakhand government decided to review its decision to stop all Kanwar yatra devotees from entering the state in view of the warning issued by medical experts about a steep surge in Covid-19 infections in the absence of coronavirus mandates and restrictions.

The IMA statement comes a day after Puri in Odisha and Ahmedabad in Gujarat took out their annual Rath Yatra of Lord Jagannath. Just like the previous year, the festival will be held without the participation of devotees in view of the Covid situation.

In other India news, a BJP MP from Madhya Pradesh’s Mandsaur stirred a controversy claiming that the people like Bollywood actor Aamir Khan are behind the population imbalance.