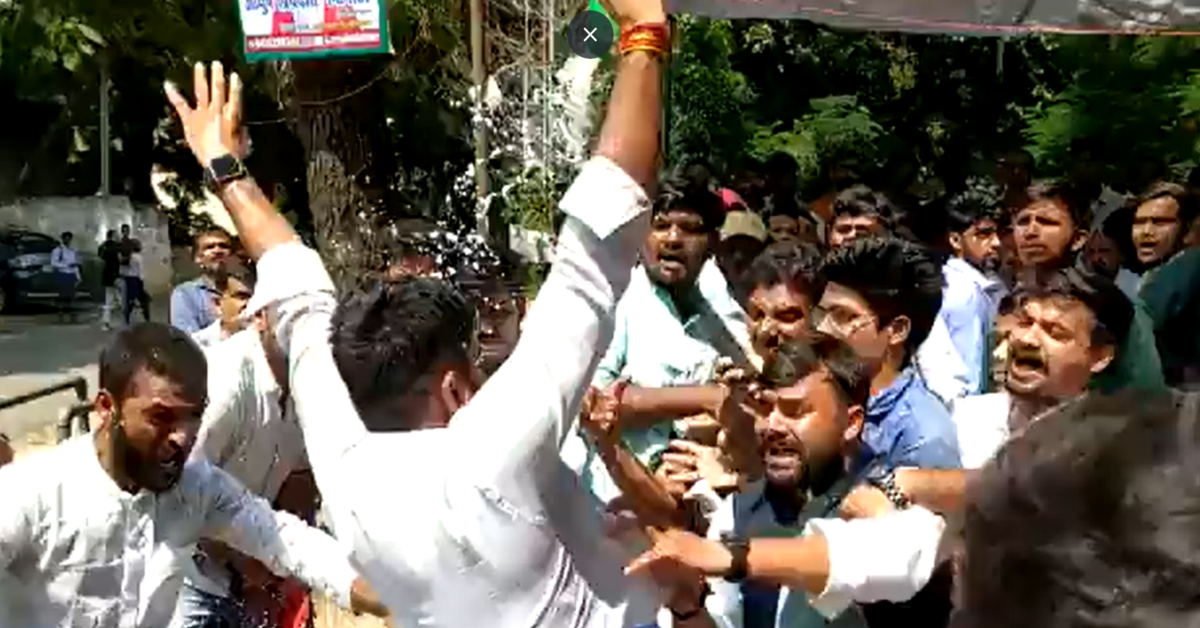 A video from Allahabad University has surfaced where a man tries to immolate himself in protest against the fee hike proposed by Allahabad University. In the video, a man can be seen pouring what seems to be flammable liquid on himself to set himself on fire, but police personnel can be seen pushing through the crowd in time and getting hold of the man before things could escalate.

The vice chancellor, Sangita Srivastava, informed the press that for the past 110 years, the fee per month has been Rs. 12 but to pay the running cost of electricity bills and maintenance charges, the fee hike was instated.

The Allahabad Universities public relation officer, Prof Jaya Kapoor also added that there are clear instructions by the government to generate funds and reduce its dependence on government funds. The university had been facing depletion in funds but refrained from increasing the fee.

The protestors, who have been protesting for over 15 days, have told the media that they will continue on with their protest until their demands are met.

The Congress leader, Priyanka Gandhi Vadra also added to the conversation as she tweeted that the 400% fee hike in Allahabad University is a move against the benefit of the youth by the BJP government.

Students coming from all walks of life come to study at the prestigious university but by increasing the fee, the government has snatched the student’s right to education, Priyanka added. She also echoed the demands of the youth and urged the university to retract the newly proposed fee structure and listen to the students.

Samajwadi Party president, Akhilesh Yadav, also extended his support on Twitter and wrote that the predicament of the students is a visual representation of hopelessness instilled by the BJP government, the students have either been fasting for the past 783 days for the reinstatement of the student union or the Chatra Jan Morcha Jan Aakrosh Morcha which was carried out against the decision of 400% fee hike in Allahabad University.