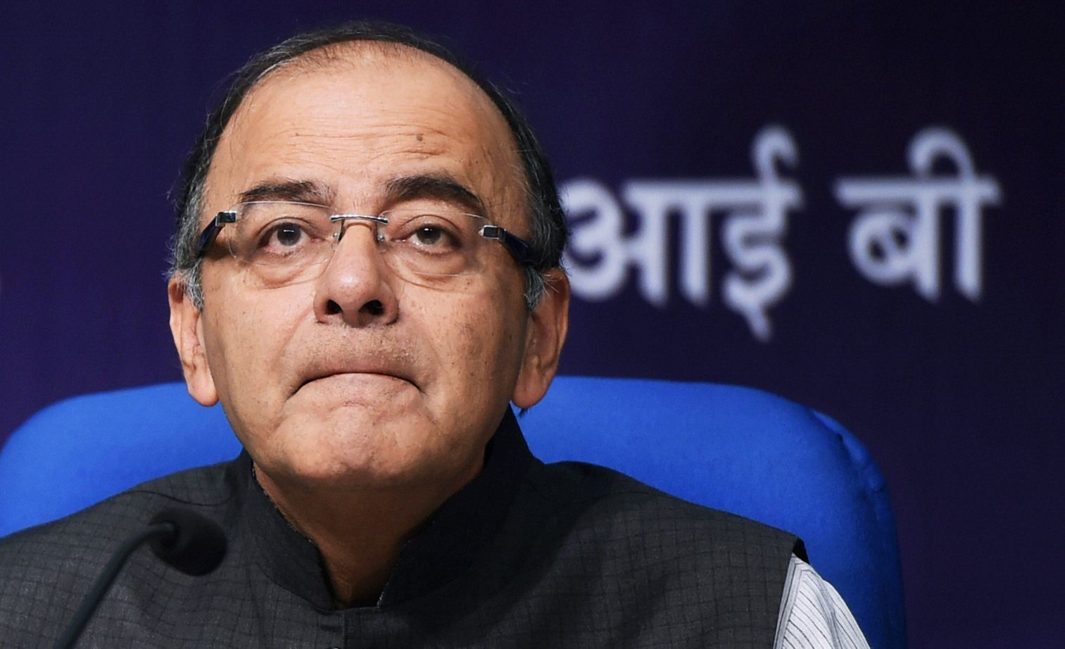 [vc_row][vc_column][vc_column_text]The disappointing GDP figures for the April-June quarter come at a time when the Centre is already facing harsh criticism over the purported failure of demonetisation, with the RBI claiming that 99 per cent of banned notes made their way back to various commercial banks

Even as the Centre was trying hard to defend Prime Minister Narendra Modi’s 10-month old demonetisation move amid counter-claims that almost established how the move to curb black money had failed miserably, the latest GDP figures – 5.7 per cent for the April-June quarter – have further strengthened the argument that noteban was bad for the economy.

On Thursday, data released by the government revealed that the economic growth of India had slipped to a three-year low of 5.7 per cent in April-June, possibly due to disruptions caused by demonetisation and the rollout of the Goods and Services Tax regime and a slowdown of the manufacturing sector which itself was a result of a combination of noteban and GST rollout. GDP stood at 6.1 per cent in the preceding quarter. A revised growth of 7.9 per cent had been pegged by the government for the first quarter of 2016-17.

The latest GDP data has come, by Union finance minister Arun Jaitley’s own confession, as a “matter of concern”. The Congress party – which had been steadfast in its criticism of demonetisation and also the manner in which the GST rollout took place – has expectedly hit out at the Centre for the slump in the GDP growth figures.

As businesses destocked inventories ahead of the GST kick-off from July 1, gross value added (GVA) in manufacturing declined to a low of 1.2 per cent, from 10.7 per cent, year on year. Gross Domestic Product (GDP) growth in the first quarter of 2017-18 was lower than 6.1 per cent of the preceding one and 7.9 per cent in the same period last fiscal.

The finance minister admitted that the slump in the GDP was fuelled by the GST rollout, although he didn’t count demonetisation as a reason for the same. “Since it was announced that GST would come into operation from July 1, most manufacturers were de-stocking during period April-June. As a result, trading went up because sales were taking place but it was stocks which were being sold. No new manufacturing happened,” Jaitley said, adding that the slump in GDP “seems to be the pre-GST impact of de-stocking”.

When asked about whether the GDP can grow at 7 percent this fiscal, Jaitley said, “I am hopeful, because of the pre-GST de-stocking, this would really be the bottoming out.” 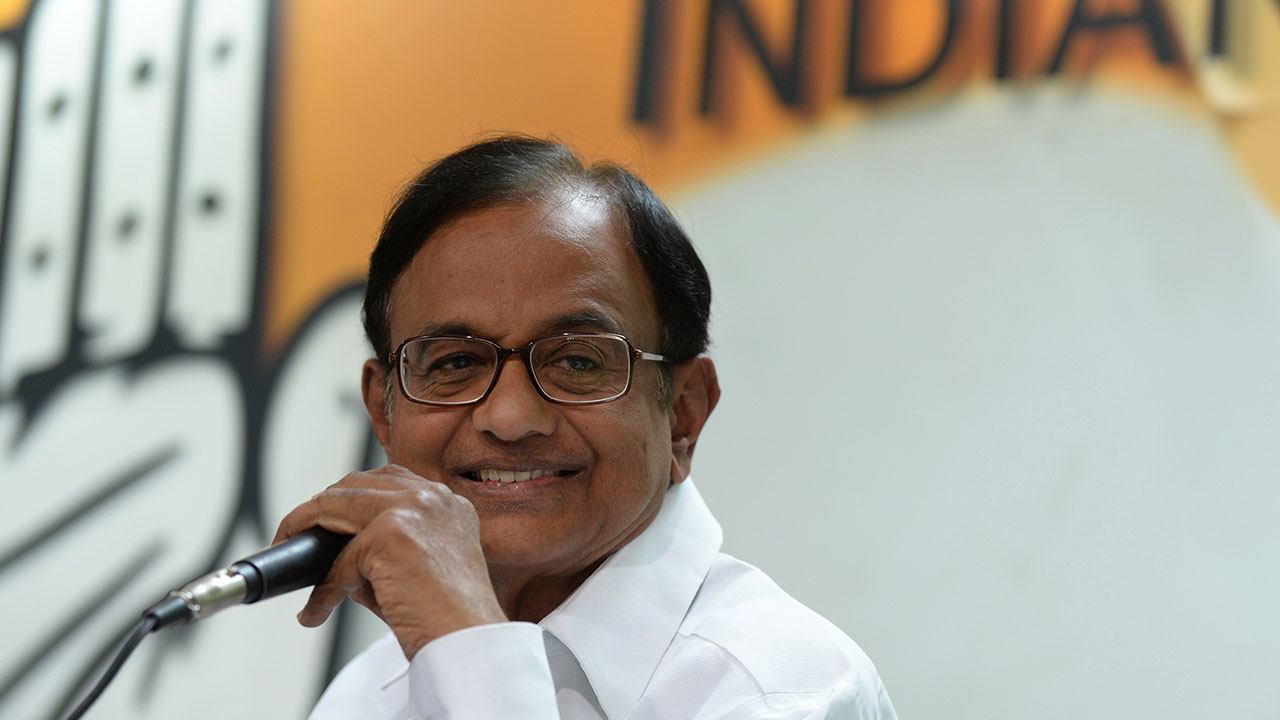 Former finance minister P Chidambaram, who has already been vociferous in his criticism of the manner in which the GST rollout took place and of demonetisation since the RBI admitted that 99 per cent of banned Rs 500 and Rs 1000 notes had been deposited back with the banks, took to Twitter to hit out at the Centre over the decline in the GDP numbers, which he called a “catastrophe”.[/vc_column_text][vc_raw_html]JTNDYmxvY2txdW90ZSUyMGNsYXNzJTNEJTIydHdpdHRlci10d2VldCUyMiUyMGRhdGEtbGFuZyUzRCUyMmVuJTIyJTNFJTNDcCUyMGxhbmclM0QlMjJlbiUyMiUyMGRpciUzRCUyMmx0ciUyMiUzRU91ciUyMHdvcnN0JTIwZmVhcnMlMjBoYXZlJTIwY29tZSUyMHRydWUuJTIwU3ViLTYlMjUlMjBncm93dGglMjBpcyUyMGElMjBjYXRhc3Ryb3BoZS4lM0MlMkZwJTNFJTI2bWRhc2glM0IlMjBQLiUyMENoaWRhbWJhcmFtJTIwJTI4JTQwUENoaWRhbWJhcmFtX0lOJTI5JTIwJTNDYSUyMGhyZWYlM0QlMjJodHRwcyUzQSUyRiUyRnR3aXR0ZXIuY29tJTJGUENoaWRhbWJhcmFtX0lOJTJGc3RhdHVzJTJGOTAzMjc5MTE5MTI2NzY5NjY0JTIyJTNFQXVndXN0JTIwMzElMkMlMjAyMDE3JTNDJTJGYSUzRSUzQyUyRmJsb2NrcXVvdGUlM0UlMEElM0NzY3JpcHQlMjBhc3luYyUyMHNyYyUzRCUyMiUyRiUyRnBsYXRmb3JtLnR3aXR0ZXIuY29tJTJGd2lkZ2V0cy5qcyUyMiUyMGNoYXJzZXQlM0QlMjJ1dGYtOCUyMiUzRSUzQyUyRnNjcmlwdCUzRSUwQSUyMCUwQSUzQ2Jsb2NrcXVvdGUlMjBjbGFzcyUzRCUyMnR3aXR0ZXItdHdlZXQlMjIlMjBkYXRhLWxhbmclM0QlMjJlbiUyMiUzRSUzQ3AlMjBsYW5nJTNEJTIyZW4lMjIlMjBkaXIlM0QlMjJsdHIlMjIlM0UxJTI1JTIwZGVjbGluZSUyMGluJTIwR0RQJTIwaXMlMjBhJTIwbG9zcyUyMG9mJTIwUnMlMjAxLjUlMjBsYWtoJTIwY3JvcmUuJTIwMiUyNSUyMGRlY2xpbmUlMjBpcyUyMGElMjBsb3NzJTIwb2YlMjBScyUyMDMlMjBsYWtoJTIwY3JvcmUuJTNDJTJGcCUzRSUyNm1kYXNoJTNCJTIwUC4lMjBDaGlkYW1iYXJhbSUyMCUyOCU0MFBDaGlkYW1iYXJhbV9JTiUyOSUyMCUzQ2ElMjBocmVmJTNEJTIyaHR0cHMlM0ElMkYlMkZ0d2l0dGVyLmNvbSUyRlBDaGlkYW1iYXJhbV9JTiUyRnN0YXR1cyUyRjkwMzI4MDAzODg5MTY3MTU1MyUyMiUzRUF1Z3VzdCUyMDMxJTJDJTIwMjAxNyUzQyUyRmElM0UlM0MlMkZibG9ja3F1b3RlJTNFJTBBJTNDc2NyaXB0JTIwYXN5bmMlMjBzcmMlM0QlMjIlMkYlMkZwbGF0Zm9ybS50d2l0dGVyLmNvbSUyRndpZGdldHMuanMlMjIlMjBjaGFyc2V0JTNEJTIydXRmLTglMjIlM0UlM0MlMkZzY3JpcHQlM0UlMEElMjAlMEElM0NibG9ja3F1b3RlJTIwY2xhc3MlM0QlMjJ0d2l0dGVyLXR3ZWV0JTIyJTIwZGF0YS1sYW5nJTNEJTIyZW4lMjIlM0UlM0NwJTIwbGFuZyUzRCUyMmVuJTIyJTIwZGlyJTNEJTIybHRyJTIyJTNFVGhlJTIwc2xpZGUlMjBpbiUyMGVjb25vbXklMjBjb250aW51ZXMuJTIwU2xvdyUyMGdyb3d0aCUyQyUyMGxvdyUyMGludmVzdG1lbnQlMjBhbmQlMjBubyUyMGpvYnMuJTIwQW4lMjBleHBsb3NpdmUlMjBjb2NrdGFpbC4lM0MlMkZwJTNFJTI2bWRhc2glM0IlMjBQLiUyMENoaWRhbWJhcmFtJTIwJTI4JTQwUENoaWRhbWJhcmFtX0lOJTI5JTIwJTNDYSUyMGhyZWYlM0QlMjJodHRwcyUzQSUyRiUyRnR3aXR0ZXIuY29tJTJGUENoaWRhbWJhcmFtX0lOJTJGc3RhdHVzJTJGOTAzMjc5Mzg4NTk4MzgyNTkyJTIyJTNFQXVndXN0JTIwMzElMkMlMjAyMDE3JTNDJTJGYSUzRSUzQyUyRmJsb2NrcXVvdGUlM0UlMEElM0NzY3JpcHQlMjBhc3luYyUyMHNyYyUzRCUyMiUyRiUyRnBsYXRmb3JtLnR3aXR0ZXIuY29tJTJGd2lkZ2V0cy5qcyUyMiUyMGNoYXJzZXQlM0QlMjJ1dGYtOCUyMiUzRSUzQyUyRnNjcmlwdCUzRQ==[/vc_raw_html][vc_column_text]Economic experts too admitted that the slump in GDP was due to a combination of the GST rollout and impact of demonetisation.

Abheek Barua, Chief Economist of the HDFC BANK said, “GDP numbers are certainly disappointing. The numbers seem to suggest that the slowdown from last quarter has intensified due to the combination of long-term slowdown and temporary shock factors like demonetisation and GST (goods and services tax) destocking… We have to revise our GDP outlook numbers for the full year closer or perhaps lower than 7 percent.”

Noted economist Arup Kumar too expressed similar views, saying “demonetisation has been a complete and utter failure and its impact on the GDP growth figures is evident… the GST rollout too has taken its toll on economic growth and I don’t see the impact of either of these factors, especially demonetisation, waning for at least another quarter”.

It is perhaps timely to recall that in late November 2016, former Prime Minister Manmohan Singh had – while addressing the Rajya Sabha – called demonetisation a ‘mammoth tragedy’ and warned about a 2 percent hit on GDP in the aftermath of the demonetisation. The Narendra Modi government and demonetisation cheerleaders had then rubbished Singh’s prophecy. After 10 months of demonetisation, with no major tangible gains from the exercise and a severe hit on the economy, Dr Manmohan Singh is probably having the last laugh now.[/vc_column_text][/vc_column][/vc_row]