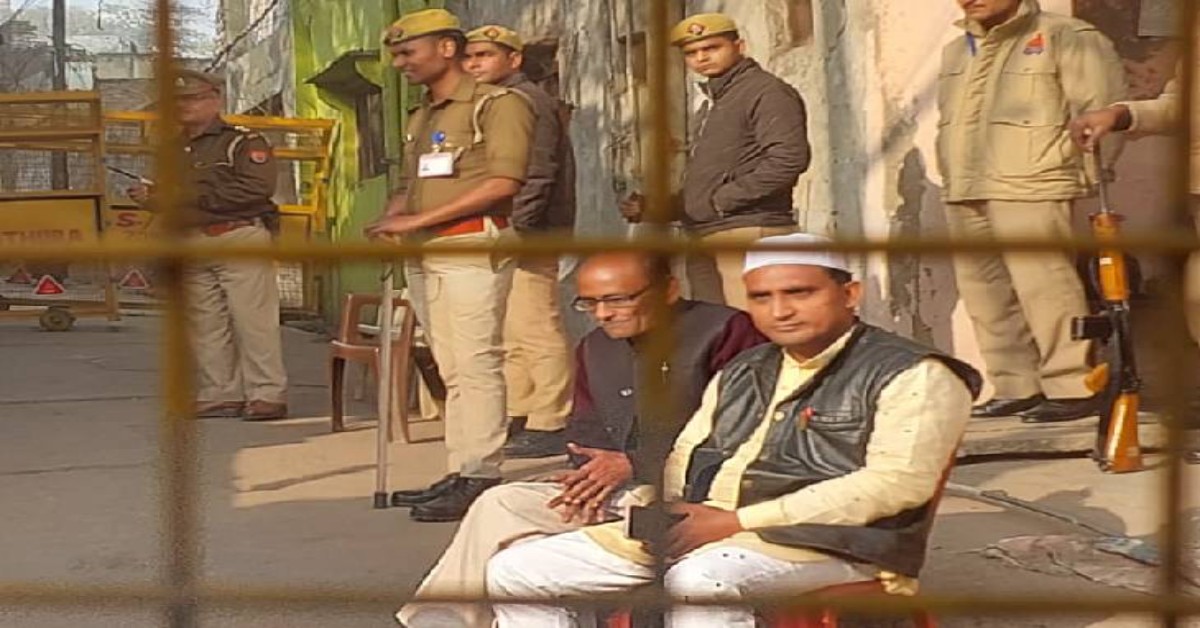 An alert has been issued in Mathura on December 6, the anniversary of the Babri demolition. The Akhil Bharat Hindu Mahasabha announced that they would recite the Hanuman Chalisa inside the Shahi Idgah mosque on Tuesday. The Mahasabha said that the Chalisa would be read in the original sanctum sanctorum of Shri Krishna Janmabhoomi. The gathering gave the slogan of Mathura Chalo, after which there is alert in the district.

After this, the police have put barricades on the way to the mosque. Vehicles are being checked. The rail line near the Idgah mosque has been closed. Hindu Mahasabha activist Saurabh Sharma, who was coming to perform Jalabhishek of Laddu Gopal at Shahi Idgah in the morning, has been taken into custody by the police.

National Treasurer Dinesh Sharma has released a video. In the video it was said that if he is stopped from reciting Hanuman Chalisa, he would commit suicide. The National President of the Sabha Rajshree Chowdhary, the great-granddaughter of Netaji Subhash Chandra Bose and president of the Mahasabha, has reached Mathura.

Earlier, she went to Varanasi on November 16. He gave the slogan of Shri Krishna Janmasthali Mathura Chalo on December 6. Describing the Shahi Idgah as the birth place of the real Lord Shri Krishna, reciting Hanuman Chalisa and Jalabhishek of Laddu Gopal has also been announced. To participate in this program, all Hindu leaders were appealed to reach Mathura.

Flag march taken out at night, force called from 4 districts, surveillance by drone

CO City on Monday evening in Mathura and SSP Shailesh Pandey conducted a flag march with the force at night. Police personnel have been told to keep an eye on every person. If any person seems suspicious, then interrogate him. The area around Shri Krishna Janmasthan and Shahi Idgah has been divided into 2 super zones, 4 zones and 8 sectors.

About 1260 policemen of Agra zone have been deployed here. Force has been called from Firozabad, Mainpuri, Aligarh and Agra. 2 company PAC and intelligence agencies have been deployed. Drone cameras are being monitored in sensitive areas.

SSP Shailesh Pandey said that no programme will be allowed to happen without permission. Intelligence forces are constantly watching.

Babri Masjid was demolished 30 years ago on this day

The structure of the Babri Masjid was demolished in Ayodhya 30 years ago on this day. After this violent incidents happened. Later the disputed matter reached the Supreme Court. After which, the case was last heard in 2019, and the apex court decided to end the dispute forever.