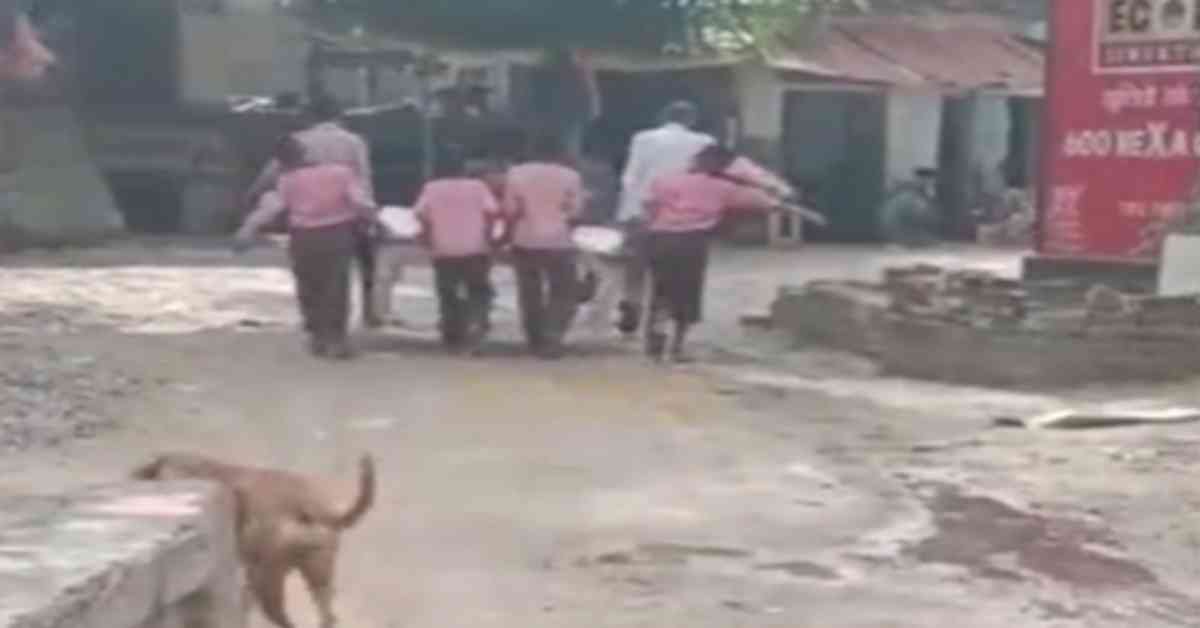 A video from an Uttar Pradesh government school is doing rounds on the internet wherein school kids could be seen forced to do labour work.

In the viral video, kids could be seen dressed in the school uniform and loading and unloading bricks inside the school premises. The incident took place at a government school in the Bhadohi district of Uttar Pradesh. Soon after the video went viral, a Basic Education official ordered a probe against the government school and the principal.

The official informed that the kids were forced to do labour work for the new building being constructed on the school premises.

After the video went viral, social media users slammed the Yogi Adiyanath-led government in the state.

In July, a similar video went viral from Bihar wherein school kids at a government school were forced to dig a well and cut the roots of a tree inside the school premises.

The incident happened in the Jehanabad district of Bihar. After the video surfaced on the internet, Jehanabad District Magistrate Richie Pandey visited the school and ordered a probe into the matter.

Reports also said the principal forced the school kids to do part-time work as the kitchen shed at school was open and he failed to find labourers to fix it.

The teacher said she has started the movement One teacher one call to motivate teachers to help at least one such child to get admission to a government school and so far, with a collective effort, they have managed to help 800 disabled children.