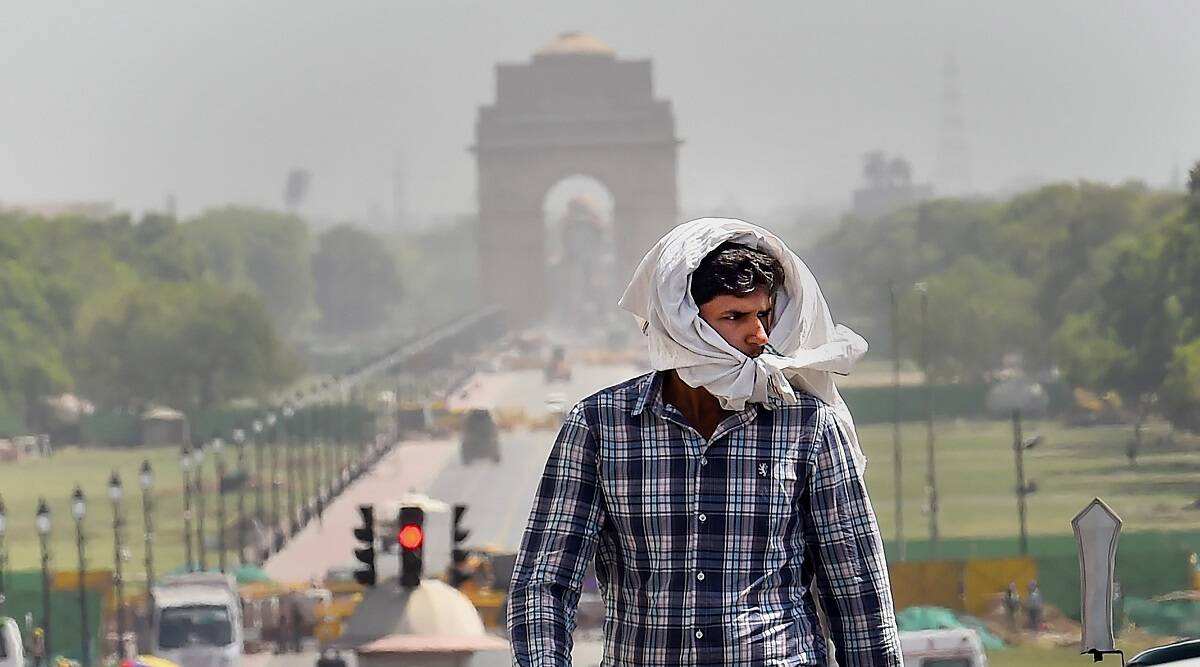 On Monday, Delhi is expected to see another heatwave, with a high temperature of roughly 41 degrees Celsius. The maximum temperature recorded at the Safdarjung meteorological observatory on Sunday was 41.8 degrees Celsius, which is six degrees more than the average for this time of year.

The lowest temperature for the previous 24 hours was 22.5 degrees, which was two degrees above usual. On Sunday, several meteorological stations in Delhi-NCR, including those in the Aya Nagar, Ridge, Gurgaon, Pitampura, and Najafgarh reached a maximum temperature of 43°C or slightly higher. The maximum temperature in Gurgaon was 43.8 degrees Celsius, while in Aya Nagar it was 43.6 degrees.

Because of a western disturbance that is expected to influence sections of the western Himalayan area, the severity of heatwaves throughout the plains of northwest India might decrease from the night of April 12 onwards, according to the India Meteorological Department (IMD). As a result, maximum temperatures in several regions of northwest India are expected to drop by two to three degrees starting April 12, according to the IMD prediction.

Read Also: Students clash at JNU over non-vegetarian food in Ram Navami triggers social media outrage, tweeple say not eating non-veg for a day is hardly the end of the world

The maximum temperature in Delhi is expected to decrease slightly to 39 degrees on April 13 and 14, before increasing back up to around 41 degrees by April 17. Over the next six days, the lowest temperature is expected to be between 21 and 23 degrees Celsius.

Heatwaves were seen and recorded on Sunday, April 10, 2022, in many parts of Delhi, Haryana, Rajasthan, Punjab, Madhya Pradesh, and Chandigarh.

Heatwaves were seen and recorded on Sunday, April 10, 2022, in many parts of Delhi, Haryana, Rajasthan, Punjab, Madhya Pradesh, and Chandigarh.

In Delhi, the Air Quality Index (AQI) was 244 on Sunday, which was under the ‘poor category’. The main pollutants in the air are Dust and PM10.

According to the Air Quality early warning system, the category will remain the same for Monday and Tuesday.

Students clash at JNU over non-vegetarian food in Ram Navami triggers social media outrage, tweeple say not eating non-veg for a day is hardly the end of the world