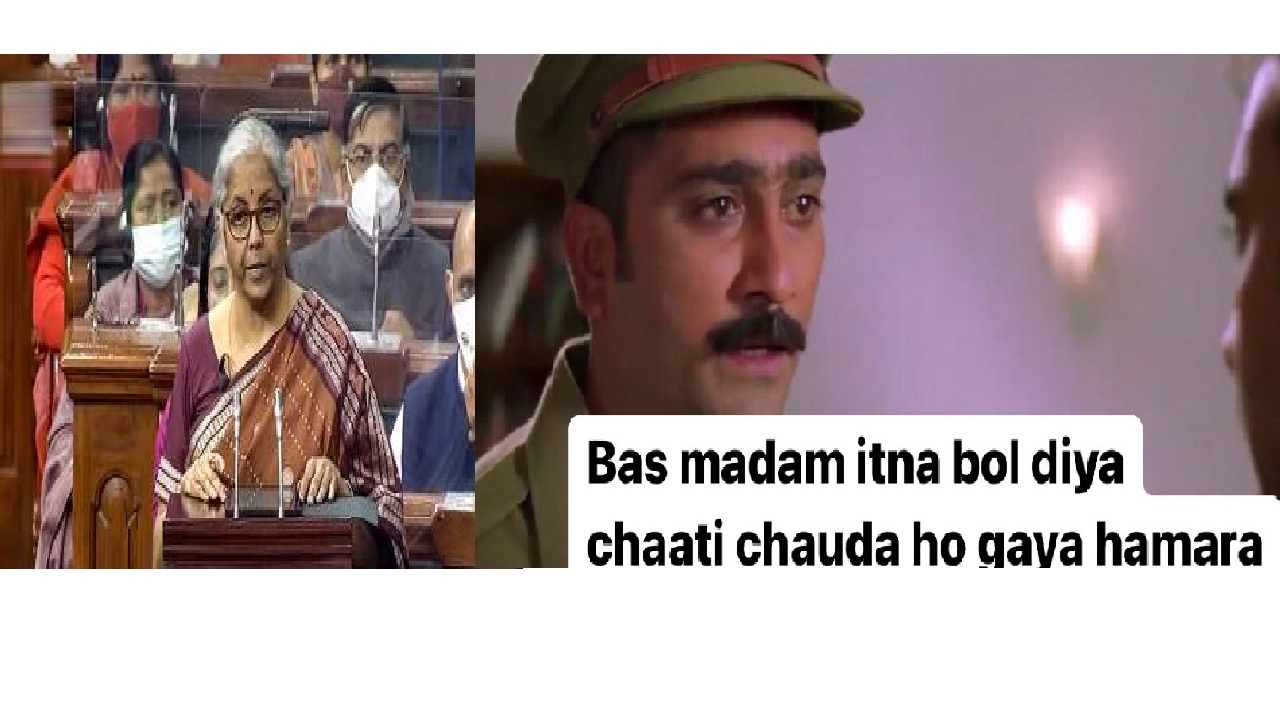 Finance Minister Nirmala Sitharaman presented the Union Budget 2022 today on Tuesday, February 1. As soon as she started delivering the speech, tweeple started sharing memes. And, it wouldn’t be wrong to say that on the B-day, memers had a field day. In this year’s budget, salaried class people were expecting the government to give some relaxation to them in the income tax slabs. However, they got nothing in their hand.

Apart from this, what broke the heart of people who invested in cryptocurrency was that from now on there will 30 per cent tax deduction on cryptocurrency as soon as this was announced. Social media users started sharing memes. The memes were all about middle-class people’s expectations and what they got in real life, commerce students still not getting what was in the budget, and of course the cryptocurrency.

One of the users wrote shared a tweet in which he wrote what middle-class people asked and what they got from Finance Minister.

Middle Class: “Anything for taxpayersReceipt, ma’am”
Speaking head in silhouetteNirmala Sitharaman: “Yeah, thanks for paying taxes.

Another user wrote that middle-class people will be having full dhak dhak in their heart now.

What middle class is likely to get tomorrow in Budget 2022

*A thank you note for honesty *

In other news, presenting the budget, the Finance Minister announced various schemes for women and children and highlighted the Government’s push for empowering them via boosters which will improve their intellectual, social and economic growth.