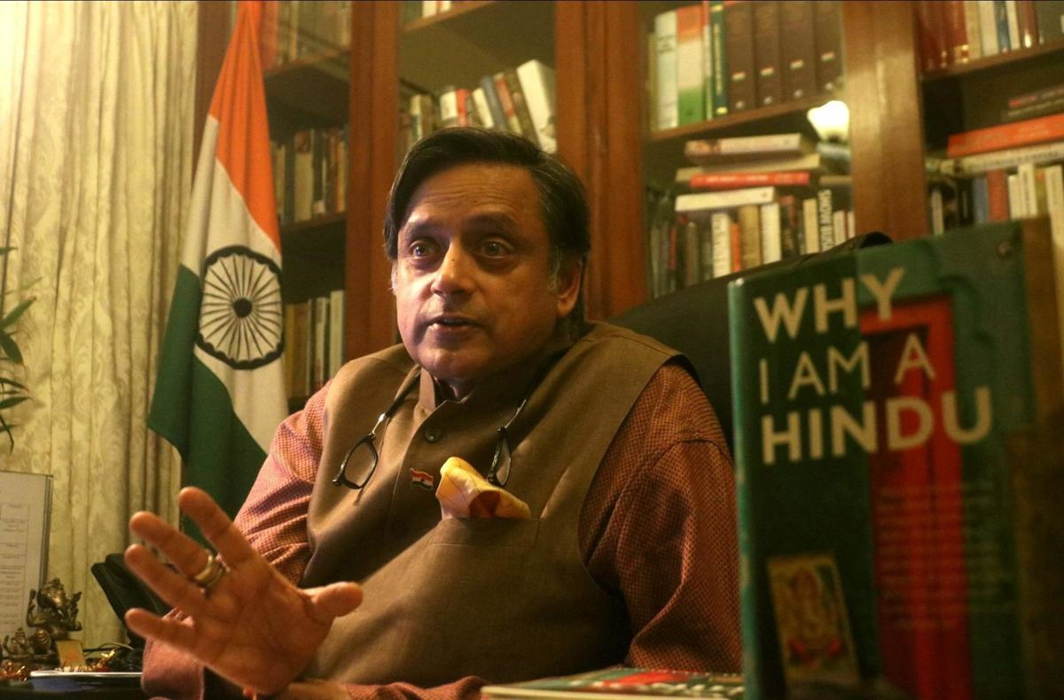 Congress leader Shashi Tharoor was issued summons by a Kolkata court on Saturday after a lawyer filed a case against him for claiming India would become a “Hindu Pakistan” if the BJP wins the 2019 Lok Sabha elections.

Advocate Sumeet Chowdhury had filed the case alleging Tharoor’s comments had hurt religious sentiments and insulted the Constitution. The Congress leader has been asked to appear in the court on August 14.

During a talk on ‘Threats faced by Indian democracy and secularism’ in Thiruvananthapuram on Wednesday, Tharoor was reported to have said, “If the BJP wins the 2019 Lok Sabha election, our democratic Constitution, as we understand it, will not survive as they will have all the elements they need to tear apart the Constitution of India and write a new one. That new one will be the one which will enshrine principles of Hindu Rashtra, that will remove equality for minorities, that will create a Hindu Pakistan…”

Calling Tharoor’s statement a “hallucination”, Union Minister Rajyavardhan Singh Rathore said it was the Congress which had infringed upon the Constitution and freedom of the citizens.

While the Congress advised Tharoor to be restrained and exercise caution, Tharoor refused to apologise or back down, clarifying in a post on Facebook that the BJP and the Rashtriya Swayamsevak Sangh’s idea of a Hindu Rashtra is a “mirror image of Pakistan – a state with a dominant majority religion that seeks to put its minorities in a subordinate place”.

“Many proud Hindus like myself cherish the inclusive nature of our faith and have no desire to live, as our Pakistani neighbours are forced to, in an intolerant theocratic state,” Tharoor wrote. “We want to preserve India and not turn our beloved country into a Hindu version of Pakistan.”

“Pakistan was created as a state with a dominant religion that discriminates against its minorities and denies them equal rights. India never accepted the logic that had partitioned the country. But the BJP-RSS idea of a Hindu Rashtra is the mirror image of Pakistan — a state with a dominant majority religion that seeks to put its minorities in a subordinate place. That would be a Hindu Pakistan and it is not what our freedom movement fought for, nor the idea of India enshrined in our Constitution,” Tharoor wrote on Facebook.

“I have said this before and I will say it again: our nationalist movement was divided between two sets of ideas, held by those who saw religious identity as the determinant of their nationhood and those who believed in an inclusive India for everyone, irrespective of faith. The former became the Idea of Pakistan, the latter the Idea of India…

“… the BJP/RSS idea of a Hindu Rashtra is the mirror image of Pakistan – a state with a dominant majority religion that seeks to put its minorities in a subordinate place. …it is not what our freedom movement fought for, nor is it the idea of India enshrined in our Constitution.

“…Hindutva is not Hinduism; it is a political doctrine, not a religious one. A “Hindu Pakistan” would not be Hindu at all, but a Sanghi Hindutva state. We want to preserve the India we love, and not turn our beloved country into a Hindutva version of Pakistan.

“What is bizarre about the media drama over my remarks is that no one giving air time to multiple BJP voices frothing at the mouth about my words actually asked them one simple question: “Is the BJP giving up its dream of a Hindu Rashtra?” Instead, pro-government voices have been allowed to get away with reaffirming the PM’s famous statement that the Constitution is his holy book, eliding the fact that many senior BJP leaders – from Governor Tathagata Roy to union minister of state Anantkumar Hegde – have openly affirmed that, in the latter’s words, “the BJP had come to power to change the Constitution” and that it would “do so in the near future”. RSS ideologue Govindacharya has declared that he is already at work on a new Hindutva Constitution for India.”

Meanwhile, the Kerala Congress Chief has backed Tharoor for his remark. State Congress chief MM Hassan said the party backed Tharoor’s statement. “What he has stated is the sentiments of secular Congress workers,” he said.

“What Tharoor has raised is a serious matter, which is very relevant. If Modi comes to power again, BJP would attempt to re-write the Constitution. Tharoor has cautioned about this threat and there is nothing wrong in his statement,” said Leader of Opposition in Kerala Assembly Ramesh Chennithala.

Four new members nominated to Rajya Sabha, an ex-BJP MP and a RSS ideologue among them