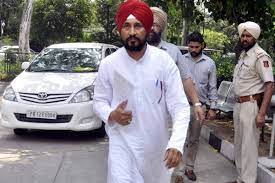 Charanjit Singh Channi took oath as the 16th Chief Minister of Punjab on Monday. Soon after, he addressed the media and announced that he will waive the water and electricity bills of the farmers of the state and he even made an appeal to the central; government and said that the government should withdraw the three farm laws that were enacted last year.

In his address, Channi said that the Punjab government stands with the farmers and they appeal to the Centre to withdraw the three farm laws. He also said that they will waive the water and electricity bills of the farmers.

He also got emotional while addressing his first press conference after taking oath as the CM, he said that the party is supreme and the CM is not supreme. He further said that the Congress idealogy will be followed and they will make sure that all are united. He concluded by saying that they will make sure that all stay united and nobody will be able to separate them on the lines of caste and religion.

Notably, Charanjit Singh Channi is the eighth Dalit Chief Minister in India. Earlier, there have been seven Dalit CMs in the country, including Mayawati, Jitan Ram Manjhi, among others.

In other news, Actor Kangana Ranaut on Monday appeared before a Mumbai court in connection with a criminal complaint filed against her by the veteran lyricist, Javed Akhtar.

Karnataka CET results to be out today: Here’s how to check