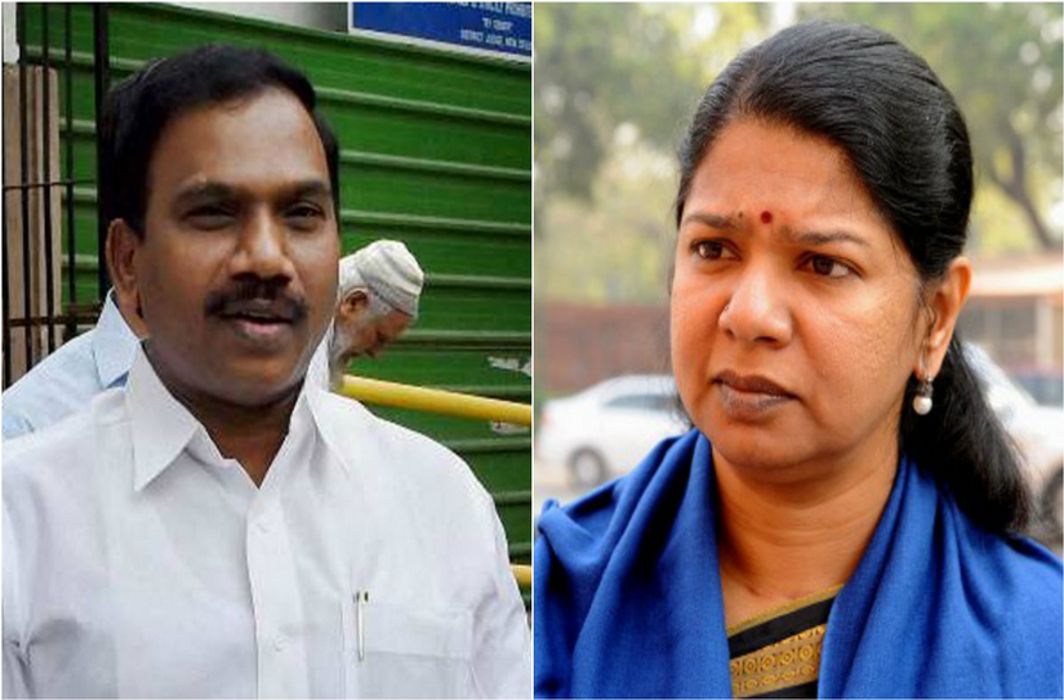 The Delhi high court on Wednesday, March 21, issued notices to former telecom minister A Raja, DMK MP Kanimozhi and others in the 2G spectrum scam on a plea of the Enforcement Directorate and CBI challenging their acquittal by a special CBI court.

Justice SP Garg of the Delhi high court also said the status quo will be maintained with regard to properties attached by the Enforcement Directorate in PMLA case, reports PTI. The case will be next heard on May 25.

Additional Solicitor General Tushar Mehta, who was recently appointed special public prosecutor by the Centre to handle all 2G scam related cases, had urged Justice Garg to direct that status quo be maintained with regard to all properties – valued at an estimated Rs 233 crore – that were attached by the Enforcement Directorate during the course of the 2G case probe.

The Delhi High Court then issued notices to A Raja, Kanimozhi and the 17 other individuals who had been acquitted by the special CBI court of Judge OP Saini on December 22 last year. The court gave the 19 accused two weeks time to file their reply to the appeals filed by CBI and ED challenging their acquittal by the trial court.

Special Judge O P Saini, during acquittal, had held that the prosecution had “miserably failed” to prove the charges. The special court, which was set up on March 14, 2011, for hearing 2G cases exclusively, had also acquitted Essar Group promoters Ravi Kant Ruia and Anshuman Ruia and six others in a separate case arising out of the 2G scam probe.

The CBI has contended that the Special CBI Court did not appreciate the evidence it had put forward establishing the alleged irregularities in the 2G spectrum allocation process. It said the money trail of alleged bribery, which it had unearth was not taken into consideration by the Special CBI Court. Even irregularities in implementation of first-come first-served policy was not considered, it submitted.

The ED had similar contention that the Special CBI Court, while acquitting all 10 individuals and nine entities from the money-laundering charges, did not properly appreciate the facts and evidence in the case.