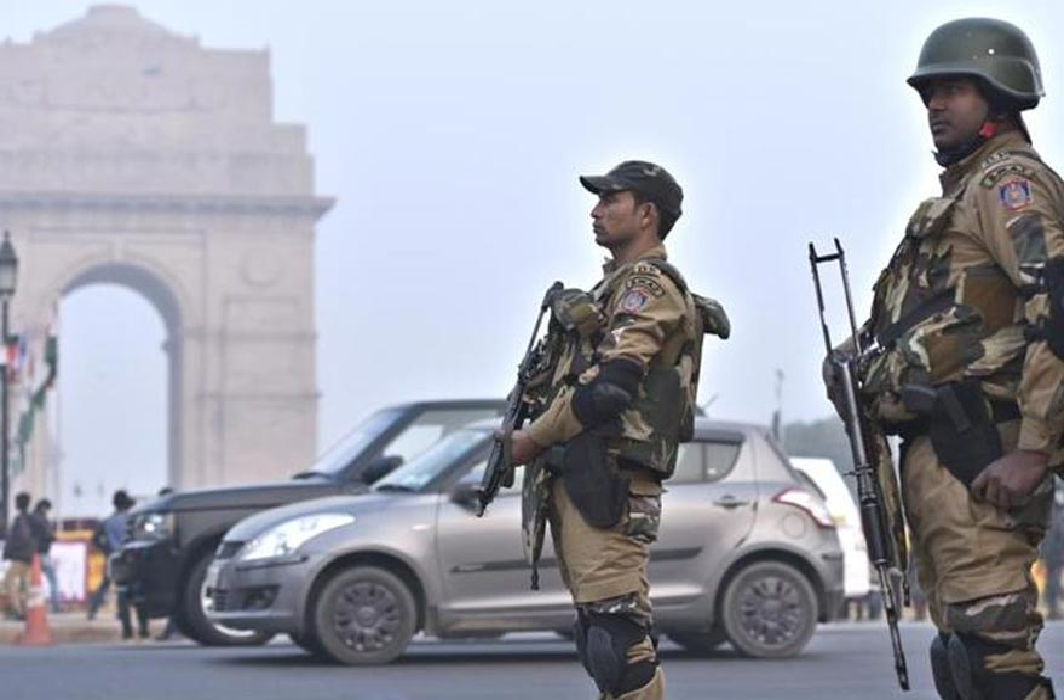 [vc_row][vc_column][vc_column_text]Security has been beefed up across the national capital after police received intelligence input of a possible terror strike, a senior police official said on Thursday (October 3).

All airports across the country, both domestic and international, have been put on high alert after the input.

Raids are being conducted by the Special Cell of Delhi Police at several locations across the city after the intelligence inputs suggested that three to four members of Pakistan-based terror outfit Jaish-e-Mohammad may have infiltrated into the city.

Following the input on Wednesday evening, an alert was sounded and security tightened in and around Delhi. In the past weeks, security agencies have received several inputs about possible terror attacks in protest against Centre’s move on Article 370 for Jammu and Kashmir.

The threat was discussed at a meeting at Prime Minister Narendra Modi’s home this morning. “We are on alert and taking all anti-terrorism measures. We are working on all inputs. There is nothing to worry,” said MS Randhawa, Deputy Commissioner of Police (Central Delhi).

The Delhi Police has also intensified patrolling and picketing in several areas across the national capital as the city gears up for Durga Puja and Ramlila to ensure safety and security of people, especially women.

An “orange alert”, which is a notch lower than the highest state of emergency, is in place at important installations and security has been tightened on IAF bases in Srinagar, Awantipora, Jammu, Pathankot and Hindon. [/vc_column_text][/vc_column][/vc_row]