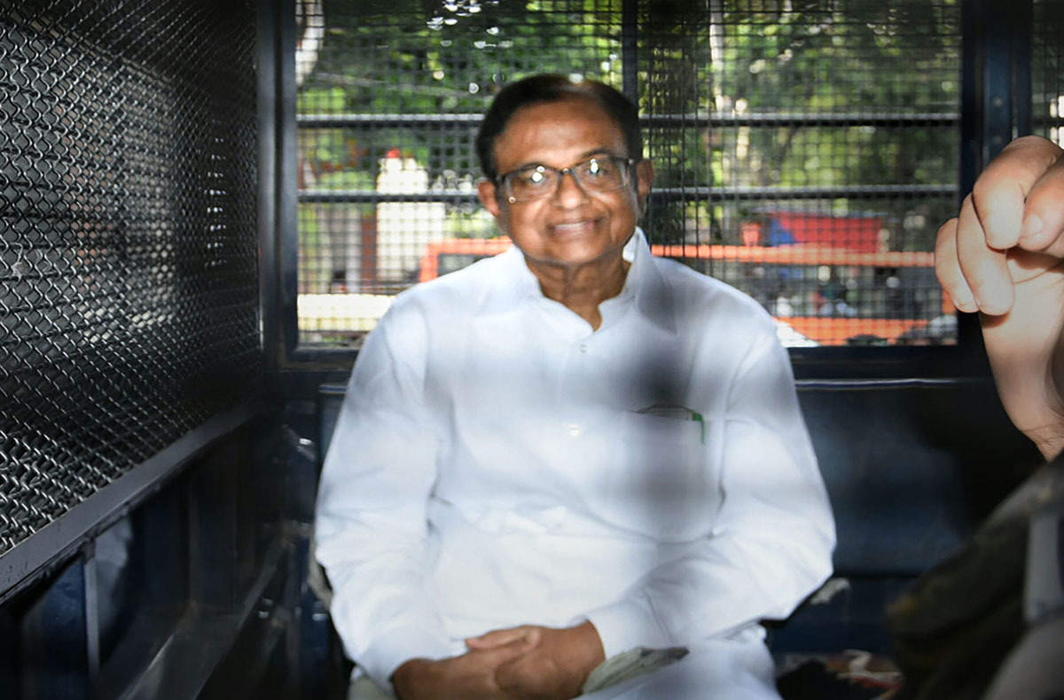 Congress leader and former Union minister for finance and defence P Chidambaram will have to remain in Delhi’s Tihar jail till October 17 as the CBI special court extended his judicial custody today – Thursday, Oct 3.

The CBI sought an extension of his remand when the senior Congress leader was produced before Special Judge Ajay Kumar Kumar after the expiry of his judicial custody today.

The court allowed food from home to Chidambaram, who had sought permission for home-cooked food, citing medical ailments, at Tihar.

The CBI said they have no objection to food being sent from home and he will now get home-cooked vegetarian meals.

Chidambaram’s legal team has also asked for medical check-ups at a hospital – which the court has accepted.

Earlier in the day, the former finance minister had moved the Supreme Court, seeking bail in the case. This came four days after the Delhi High Court denied bail to him on the ground that the possibility of him not influencing witnesses while out on bail, “directly or indirectly, cannot be ruled out”.

Chidambaram has been in custody for about a month and a half. He was arrested by CBI on August 21 after his anticipatory bail plea in the case was rejected by the High Court and the appeal against the same was pending before the Supreme Court. The anticipatory bail plea in the CBI case was later dismissed by the Supreme Court on the grounds that it had been rendered infructuous.

The CBI kept him in its custody for questioning for 15 days, the maximum prescribed by law. After this, he was remanded to judicial custody. His plea for regular bail was rejected by the Special CBI Judge sitting at the Rouse Avenue Court Complex in Delhi. Later, bail was denied by the Delhi High Court as well. The Judicial remand of the former Union Minister is scheduled to end on October 3.

Meanwhile, the Enforcement Directorate (ED) which had been trying hard to get him for custodial interrogation, laid back after Chidambaram was jailed, saying they decide later when to ask for his custody.

Chidambaram’s lawyers allege that the Enforcement Directorate was waiting for the veteran Congress leader to be released on bail before coming down to arrest him again and then, send him to Tihar jail for the second time.

While the CBI is investigating corruption allegations against the Congress leader, the Enforcement Directorate (ED) is inquiring into money laundering allegations in the case.

On September 19, a special Central Bureau of Investigation court in Delhi extended his judicial custody till October 3.

The CBI had registered a case on May 15, 2017, alleging alleged irregularities in the grant of Foreign Investment Promotion Board (FIPB) clearance to INX Media co-founded by Peter and Indrani Mukherjea to receive overseas investment to the tune of Rs 305 crore in 2007, when Chidambaram was finance minister in the Congress-led United Progressive Alliance (UPA) government.

Thereafter, the ED lodged a money laundering case in this regard in 2017.