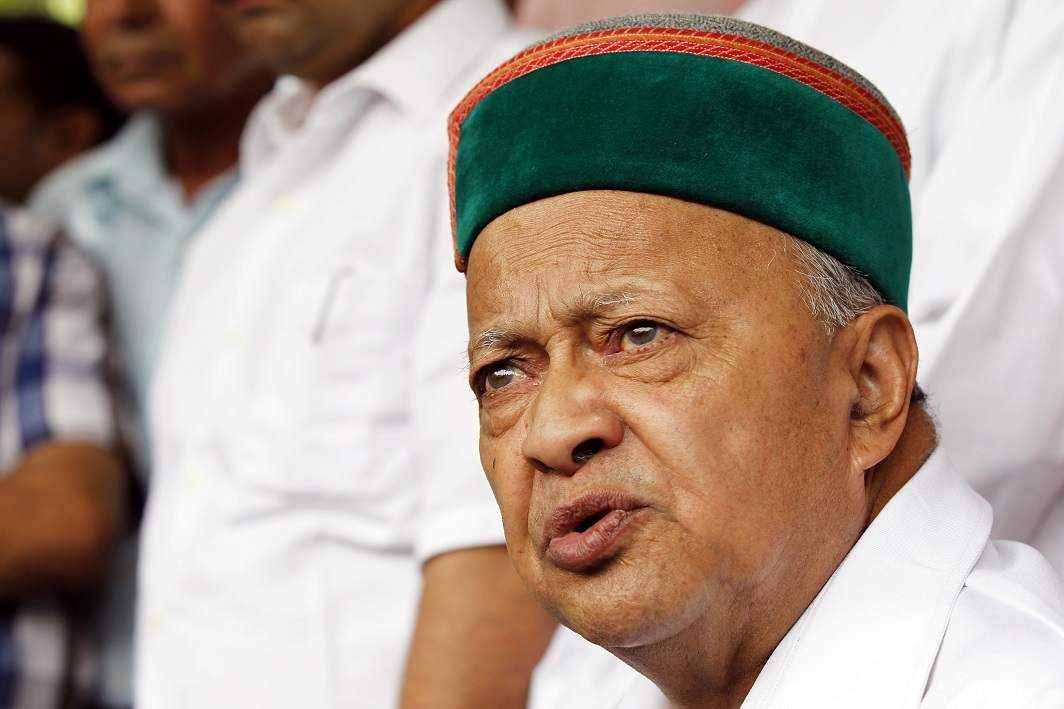 [vc_row][vc_column][vc_column_text]The other four accused named in the charge sheet, other than the former CM and his wife are Chunni Lal Chauhan, Anand Chauhan, Prem Raj, Lawan Kumar Roach.
The Enforcement Directorate (ED) on Thursday filed a charge sheet against former Himachal Pradesh Chief Minister Virbhadra Singh, his wife and four other accused in a money laundering case.

The charge sheet, which was filed before Special Judge Santosh Snehi Mann in Delhi court on Thursday has been kept for consideration on February 12, said media reports.

Anand Chauhan, who was earlier booked and arrested on July 9, 2016 under relevant provisions of the Prevention of Money Laundering Act (PMLA), was granted bail on January 2.

The ED had earlier submitted a status report regarding the ongoing investigation against the former CM and claimed that it had recorded the statements of several witnesses and also investigated the bank transactions of the accused.

While submitting the status report on January 18 the law enforcement agency sought one more month to complete the probe. However, Special Judge Mann, citing enough time granted, directed the ED to file its supplementary charge sheet by February 1.

The CBI case mentioned that the 83-year-old political leader had accumulated assets worth Rs 10 crore – which is disproportionate to his total earning during his tenure as the Union Minister. On April 6, 2016, the Supreme Court transferred the case to the Delhi High Court and directed the CBI to not arrest Singh.

Meanwhile, an additional SP-rank officer, Bhupender Negi – who was investigating Virbhadra Singh and his private secretary Subhash Ahluwalia in connection with the ED case – was shifted out of CID on Sunday, just three days after he got newly posted in Shimla.[/vc_column_text][/vc_column][/vc_row]