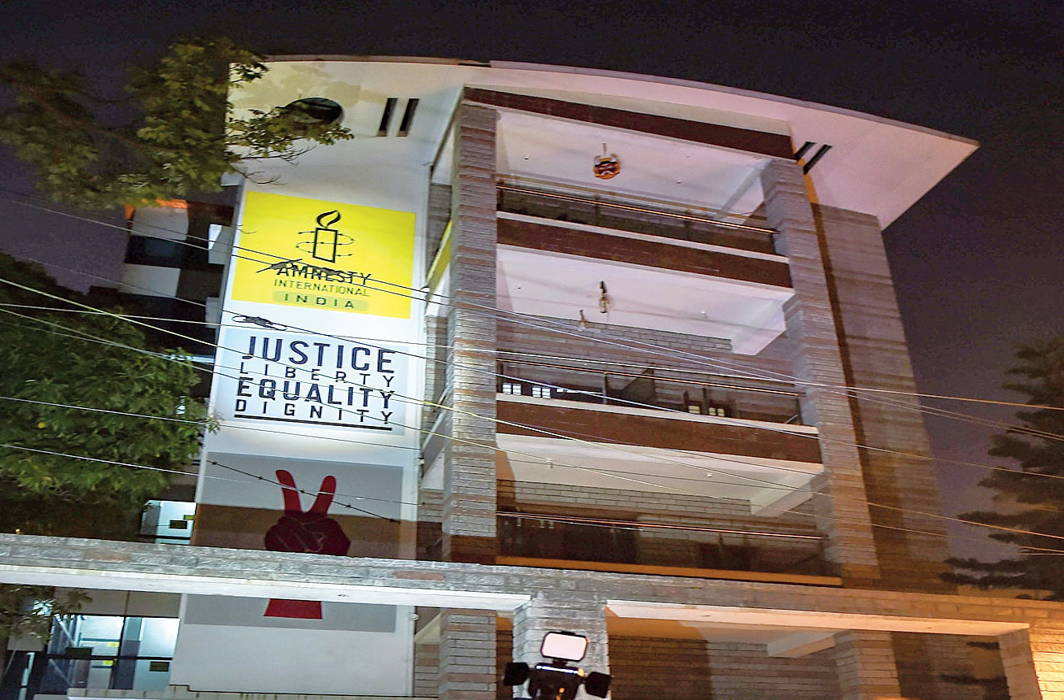 It said the Enforcement Directorate has frozen its bank accounts and that it has become “the latest target of the government’s assault on civil society”.

It said that Enforcement Directorate officials had searched its Bengaluru office for 10 hours on Thursday, finishing only at midnight.

“Government authorities are increasingly treating human rights organisations like criminal enterprises,” said Amnesty India Executive Director Aakar Patel in a statement. “As an organisation committed to the rule of law, our operations in India have always conformed with our national regulations. The principles of transparency and accountability are at the heart of our work.”

The AI statement said most of the documents asked for during the search were available in the public domain or were already filed with the relevant authorities. It said details of the organisation’s current structure, which was also the focus of the questioning, has been available on its website since 2014.

Asserting that its structure is compliant with Indian laws, the AI said the ED raid shows “a disturbing pattern of government silencing organisations that question power.” The human rights watchdog alleged that the government is instilling fear among civil society organisations by conducting such raids.

On Thursday, ED conducted searches at two locations of the human rights watchdog in connection with a foreign exchange law contravention case. The searches were in connection with alleged violation of foreign direct investment norms linked to a previous case of revocation of Foreign Contribution Regulation Act (FCRA) licence of the NGO by the Union Home Ministry in 2010.

“This amount was immediately placed in FDs (fixed deposits) and another Indian entity Indians for Amnesty International Trust (IAIT) had established an overdraft facility for Rs 14.25 crore keeping the said Rs 10 crore FD as collateral which means the receipt of FDI by trust only.

“The remaining Rs 26 crore was received in two other bank accounts of AIIPL as consultancy services. The inwards remittances received by the AIIPL from overseas is in violation of FDI guidelines,” it had said.

In this background, searches were conducted at Bengaluru office of the NGO and further probe is in progress, it had said. The agency, sometime back, had frozen over a dozen bank accounts of environmental NGO Greenpeace and its linked entity after it conducted searches at their premises in Bengaluru on charges of alleged forex violations after taking cognisance of the FCRA action against it.