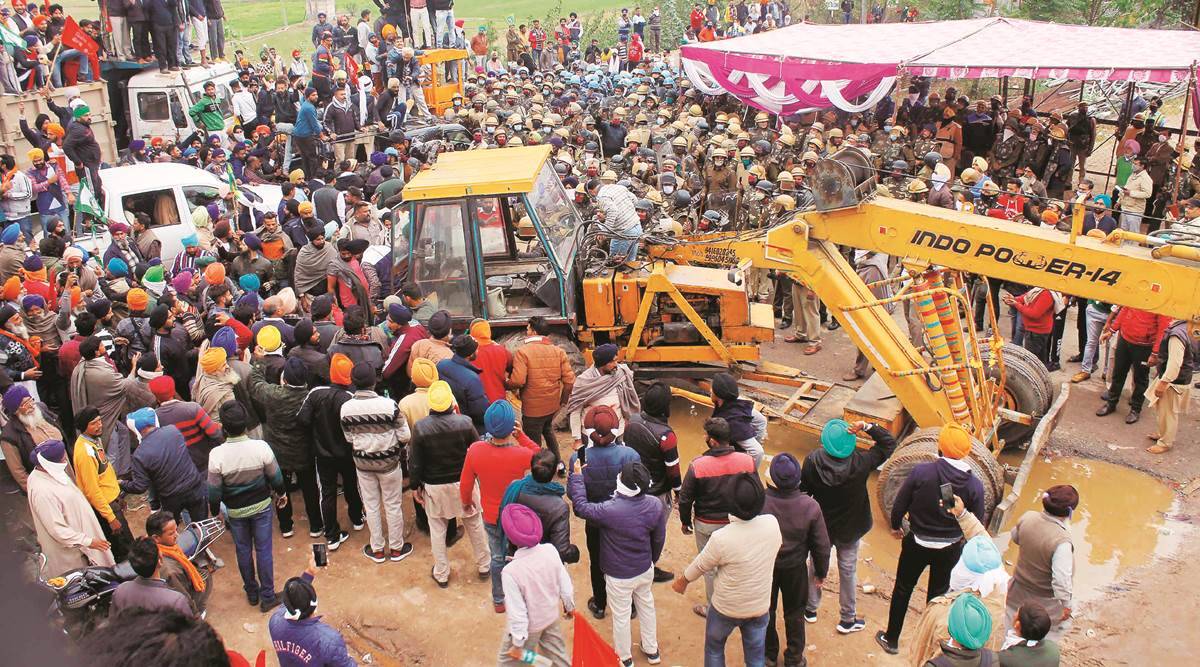 As farmers are marching towards Delhi as a part of Delhi Chalo protest against the Centre’s farm laws, the Delhi police has sought permission from AAP government to convert nine stadiums into temporary prisons and put protesting farmers in jail. But Delhi’s Health Minister Satyendar Jain rejected Delhi Police’s plea saying farmers cannot be put in jail for agitating.

The farmers were halted near Panipat toll plaza at the National Highway on Friday while heading towards Delhi. Police used tear gas shells and water cannons to disperse protesting farmers who created ruckus in some places in Haryana. The farmers had thrown bricks on police personnel and flung barricades in the river.

Commuters headed towards Delhi from other states were affected by the farmers’ protests. They said they were facing problems after getting stuck on Delhi-Panipat Highway due to the road blockade. While talking to news agency ANI, a commuter, Shivangi said she’s coming from Jammu and was supposed to reach Delhi yesterday evening. There’s no update so far, she added.

A statement from Samyukt Kisan Morcha and All India Kisan Sangharsh Coordination Committee read, more than 50,000 farmers are expected to be standing at Delhi border by today evening. The number is expected to increase through the night as farmers, women and children are heading towards Delhi in thousands of tractors and trolleys. The farmers argue that they won’t turn back until the Centre’s farm laws are repealed.

Haryana Chief Minister Manohar Lal Khattar, whose government was hugely criticised for using force against farmers, hit out at Punjab Chief Minister Captain Amarinder Singh without naming him. He accused Singh of playing cheap politics during the coronavirus pandemic.

The Punjab Chief Minister hit back by questioning if he was inciting the farmers, why farmers from Haryana were joining the protest. He said as for endangering lives during the coronavirus pandemic, have you forgotten that it was the BJP led central government that pushed through those farm laws amid the pandemic, uncaring about the impact they’d have on our farmers? Why didn’t you speak out then?