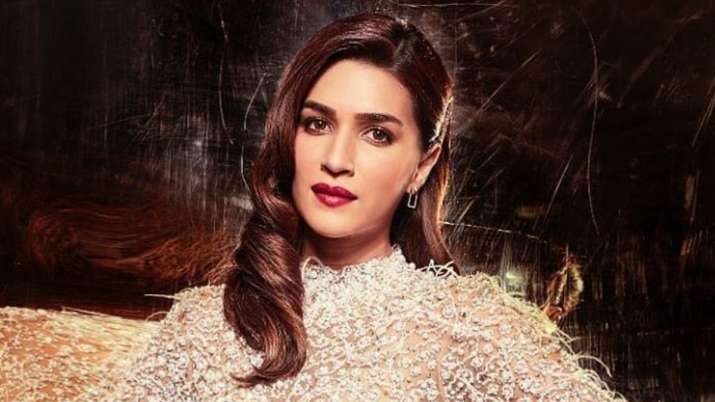 As actor Kriti Sanon turned a year older today, a slew of celebrities took to their social media to wish her on her special day. From Kareena Kapoor to Anushka Sharma, the actor has received a lot of love from her colleagues in the entertainment industry on her 31st birthday.

Kareena shared a stunning black and white photo of Kriti on her Instagram story and wrote, “Happy Birthday to the lovely Kriti Sanon.”  Anushka too shared a beautiful picture of the birthday girl and captioned it, “Happy birthday Kriti, Here’s wishing you a splendid birthday.”

The day is more special for the actor as her latest film Mimi, in which she plays the lead role, has also been released on her birthday. The film also stars Pankaj Tripathi, Supriya Pathak, and Manoj Pahwa in pivotal roles. The film was originally slated to release on July 30.

Directed by Laxman Utekar and produced by Dinesh Vijan’s Maddock Films, the film is being well received by critics and fans. The film is streaming on Netflix and Jio cinema.

Further, Kriti’s Panipat co-star Arjun Kapoor also wished the actor. Sharing a picture from one of their photoshoots in which the duo is wearing traditional outfits, he wished luck to the team of Mimi, and added that he can’t wait to watch the film, he wrote.

Her Bareilly Ki Barfi co-star Ayushmamm also extended greetings to the actor on her special day. He shared a quirky selfie with the birthday girl and called her ‘Pretty Sanon’ in his wish on Instagram stories.

Actor Prabhas, who is collaborating with Kriti for the first time in the upcoming film Adipurush also wished the actor. He has posted a picture of the actor in a gorgeous white saree and wished her. He also mentioned how her contribution to their film is precious.