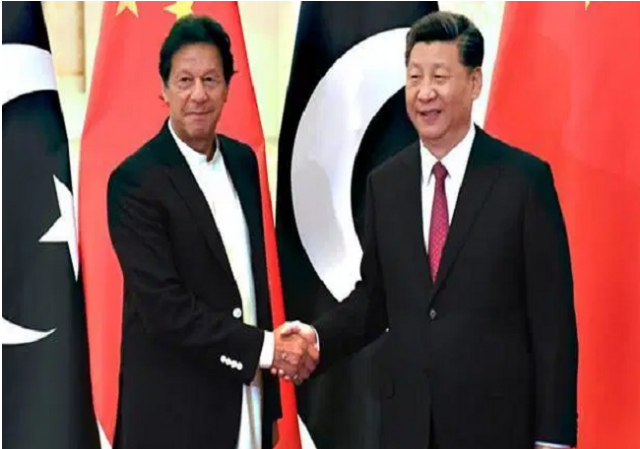 India has strongly objected to the ongoing elections in Pakistan Occupied Kashmir (POK) that were swept by Prime Minister Imran Khan’s, Pakistan Tehreek-e-Insaf (PTI) and said the polls were an attempt to camouflage Pakistan’s illegal occupation of the region.

In a stern warning, India said that Pakistan has no right over these Indian territories and should immediately vacate all Indian territories under illegal occupation. The manner, in which India’s Union Territory of Jammu and Kashmir was discussed in a joint statement issued after a meeting between Pakistan’s Foreign Minister Shah Mehmood Qureshi and Chinese Foreign Minister Wang Yi in Beijing on Monday, has gone completely wrong for India.

To this, India has given a stern warning to both the countries to stop interfering in the internal affairs of India and also said to stop the construction of China Pakistan Economic Corridor (CPEC) on illegally occupied Indian soil.

Condemning the attempt to change the status quo in the illegally occupied land by Pakistan, India’s Foreign Ministry spokesperson Arindam Bagchi said that India strongly rejects the discussion on Jammu and Kashmir in the joint statements of China and Pakistan. The Jammu and Kashmir and Ladakh have always been an integral part of India and will continue to be so, he said. On the issue of CPEC, Bagchi said India have always told Pakistan and China that it is being constructed on Indian land illegally occupied by Pakistan.

This is the toughest statement made by India about CPEC in recent times. India has been opposing the CPEC in the past too, but has directly asked China to stop work on it for the first time.

Referring to the CPEC, the External Affairs Minister S Jaishankar has made a statement on Indo-US relations in the Rajya Sabha on Thursday, said that both the countries want to develop infrastructure in a transparent manner.

Jaishankar also said India will never accept Afghanistan winning by force. Referring to his discussions with US Secretary of State Blinken about Afghanistan, he said both countries believe that reconciliation in Afghanistan should be done through dialogue and political settlement. Power in Afghanistan cannot be achieved by force, he said.

In other India News, WhatsApp is testing a feature through which the users easily can transfer their chat history from iOS to Android or Android to the iOS device.