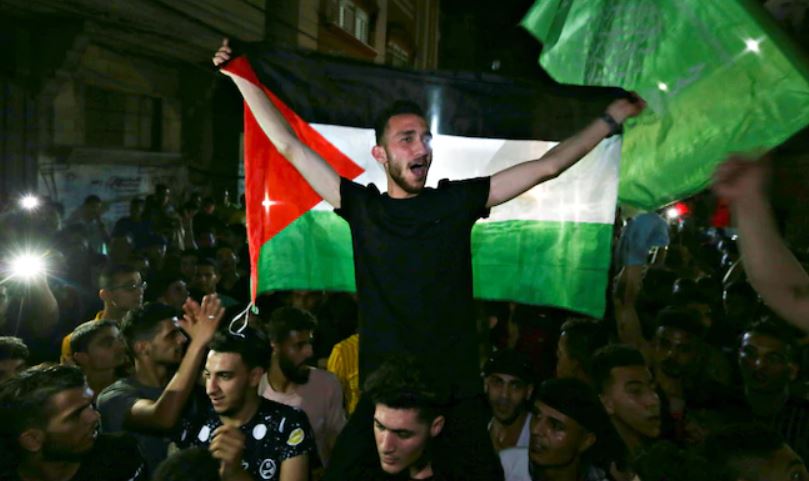 In a significant development, Israel and Hamas called a truce and announced a cease-fire on Thursday, halting a 11-days of hostilities that caused widespread destruction in the Gaza Strip and left more than 200 people dead.

Just as an Egyptian mediated truce began on Friday at 2:00am, Palestinians, many of whom had spent 11 days huddled in fear of Israeli shelling, poured into Gaza’s streets. Celebrating truce, mosque loud-speakers feted, the victory of the resistance achieved over the Occupation (Israel).

The much-awaited development was welcomed by the United Nations and US President Joe Biden. Palestinians and Israelis equally deserve to live safely, security and to enjoy equal measures of freedom, prosperity, and democracy, Biden said after Israel and Hamas agreed to an unconditional ceasefire.

While both sides have accepted the truce, they said they stood ready to retaliate for any violations by the other. While a Hamas official said Israel’s declaration of a cease-fire represented a victory to the Palestinian people and a defeat for Prime Minister Benjamin Netanyahu. He said Israel must end its violations in Jerusalem and address damages from bombardment of Gaza, warning they still had its hands on the trigger.

Israeli Prime Minister Benjamin Netanyahu’s office announced that the Israeli security cabinet approved a unilateral cease-fire mediated by Egypt on Thursday night. The decision came after a 2.5-hour discussion and was unanimously approved by the ministers, according to the office’s statement.

The violence erupted on May 10, which was triggered by Palestinians’ anger at what they saw Israeli restrictions on their rights in Jerusalem, including during police confrontations with protesters at Al-Aqsa mosque during the Ramadan fasting month.

Since then, Israel has been launching massive raids on the Palestinian enclave with airstrikes, artillery shellings and drone attacks in response to the rockets fired by Palestinian militants in Gaza in retaliation to violation at Al-Aqsa Mosque in Jerusalem.

The clash between Israel and Gaza militants has so far killed 232 Palestinians, including 65 children and 39 women, and 12 Israelis.

Meanwhile, Egypt, who led the international mediation to end the Israeli-Palestinian bloodshed, will send two security delegations to Israel and Palestine to ensure the implementation of the truce, as per Egypt’s official MENA news agency.

Govt to cut down RT-PCR tests