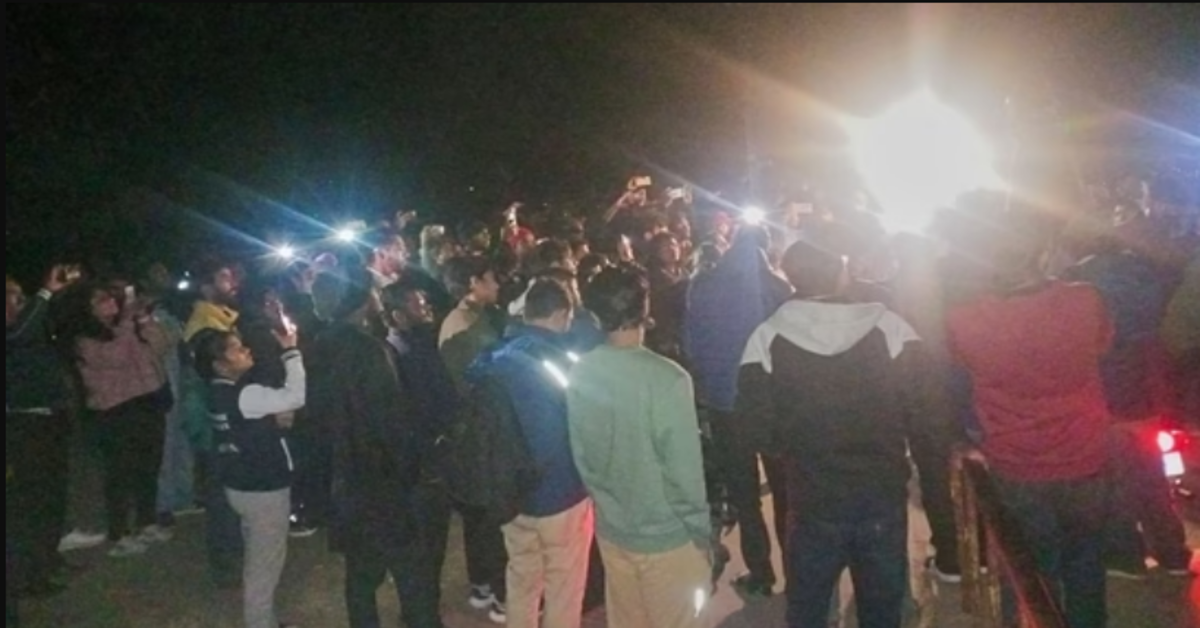 Several students had assembled near the union office for the scheduled screening of BBC’s India: The Modi Question documentary on Tuesday night at Jawaharlal University. The documentary has been mired in a lot of controversy of late.

According to reports the students failed to continue on to watch the screening, owing to the power cut in the campus.

Student leader Aishe Ghosh had also alleged that the JNU administration deliberately cut off the power to stop the students from watching the documentary.

After facing alleged stone pelting, the students marched to the Vasant Kunj Police station in South Delhi and raised slogans in order for the Police to take action. Student leader Aishe Ghosh also told the media that a complaint has been filed and the police promised to take prompt action and probe into the incident. Ghosh also said that they have given information on students involved in the stone pelting.

Ghosh also said that they are planning to file a complaint at the JNU Proctor office.

The Vice-chancellor of JNU, Santishree Pandit said that there was an issue with the electricity line due to which the faculty residences and other facilities were affected. Pandit added that the engineers are looking into the incident.

The news of the screening being hindered comes in the wake of the Centre instructing the social media platforms including Twitter and YouTube to block links to the documentary. The Ministry of external affairs had dubbed the documentary to be a propaganda piece and attributed the documentary lacking in objectivity, as well as reflecting colonial mindset.