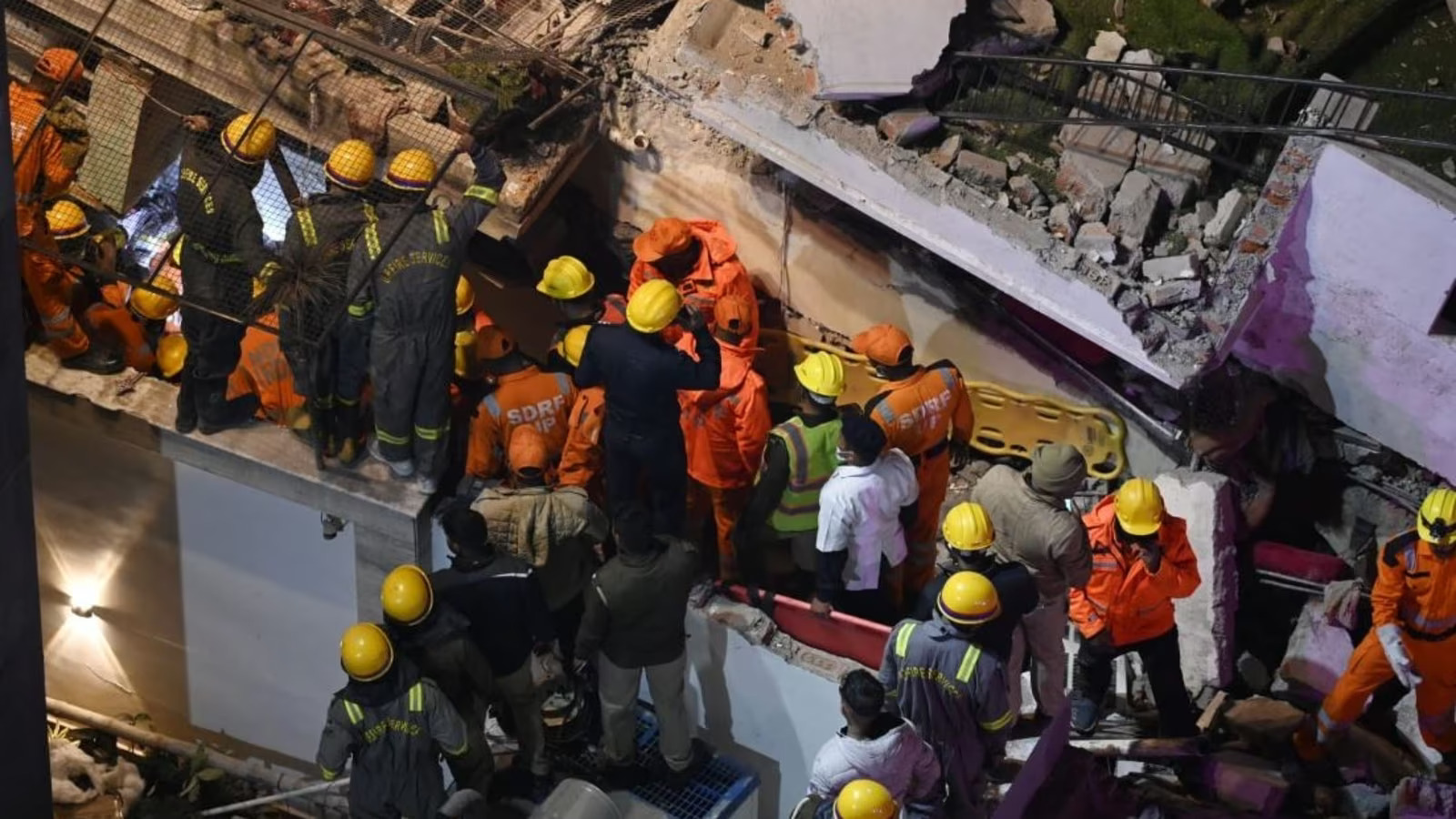 Former Samajwadi Party minister Shahid Manzoor’s son has been detained in connection with collapse of a building in Lucknow’s Hazratganj on Tuesday night.

Nawazish Manzoor, the son of Samajwadi Party MLA and former minister Shahid Manzoor, was detained late Tuesday night in Meerut and is being brought to Lucknow.

Reports say the structure was constructed 12 years ago by Yazdan builders on an area of 4,000 square feet, and was bought by Samajwadi Party MLA Shahid Manzoor’s nephew Mohammad Tariq and son Nawazish Manzoor in 2009 at below market price of Rs 20 lakhs. The building’s estimate market price at that time was at least Rs 37 lakhs.

Most of the 12 flats were unoccupied and construction work was underway in the building’s ground floor.

Fourteen people have been rescued since last night and a rescue operation led by the NDRF, local police and firefighters, is currently underway to save those still trapped beneath the rubble.

The cause of the sudden collapse is being ascertained, authorities say.

The state’s deputy CM is Brijesh Pathak is overseeing search and rescue efforts on the spot.

Related Topics:Lucknowlucknow building collapse
Up Next