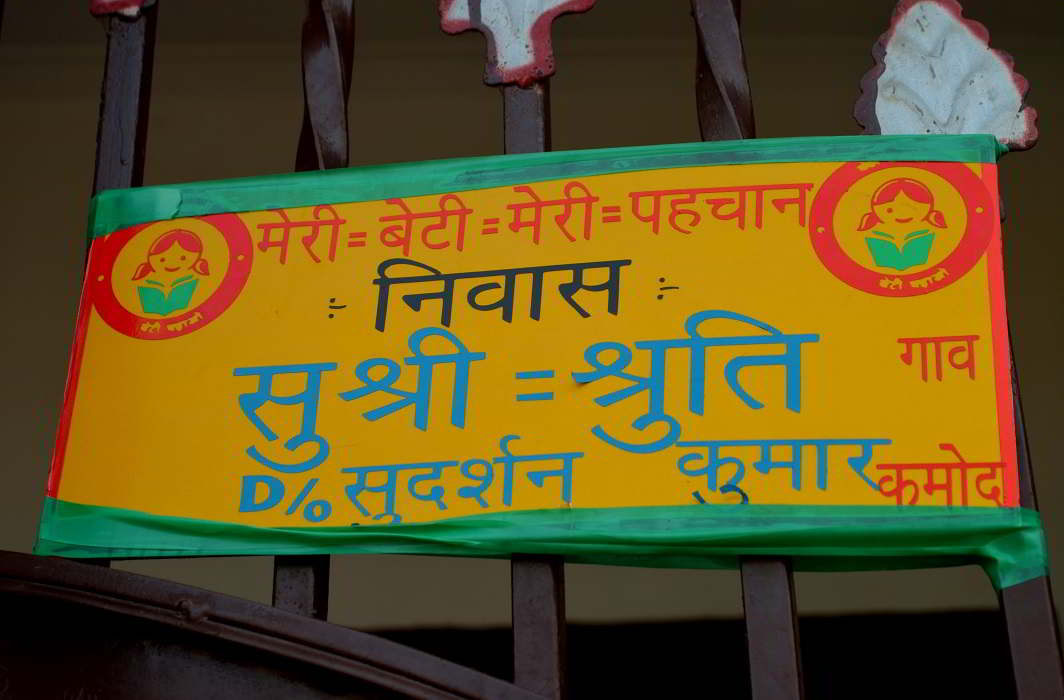 [vc_row][vc_column][vc_column_text]Rio and Dangal have energised and mobilised Meri Beti Meri Pehchan, a campaign for gender equality in the badlands of Haryana

It’s a hazy and cold afternoon in Kamod, a village in the Charkhi Dadri district of Haryana, about 90 km from the national capital. A tractor offers me a lift to the sarpanch’s house from the spot on the highway where I have been dropped by a state bus.

Buffalos seem to be in a lazy mood as they relish their freshly cut fodder. A snake-charmer and his pets are entertaining the village folk. Kids clap and smartly click pictures of the show on their mobiles. While tradition still rules, this tiny village is determined to usher in a significant social change—that of equal respect, freedom and opportunity for girls and boys, men and women.

And for this, they have taken the important first step—nameplates on the houses here will sport the name of the eldest daughter, followed by those of his mother and father, under the Meri Beti Meri Pehchan campaign, which owes much of its momentum to the Aamir Khan starrer wrestling biopic—Dangal.

Now, Haryana has always had this image of a state unfair, even misogynistic, towards its women. Having one of the worst sex ratios, it has been witness to rapes, honour killings, cultural oppression of women, and more. But social change has been taking place, incrementally as well as radically, quite inexorably, with the rise of the Phogat sisters, Rohtak sisters and the Selfie with Your Daughter campaign, and now this, and Kamod is an apt example. 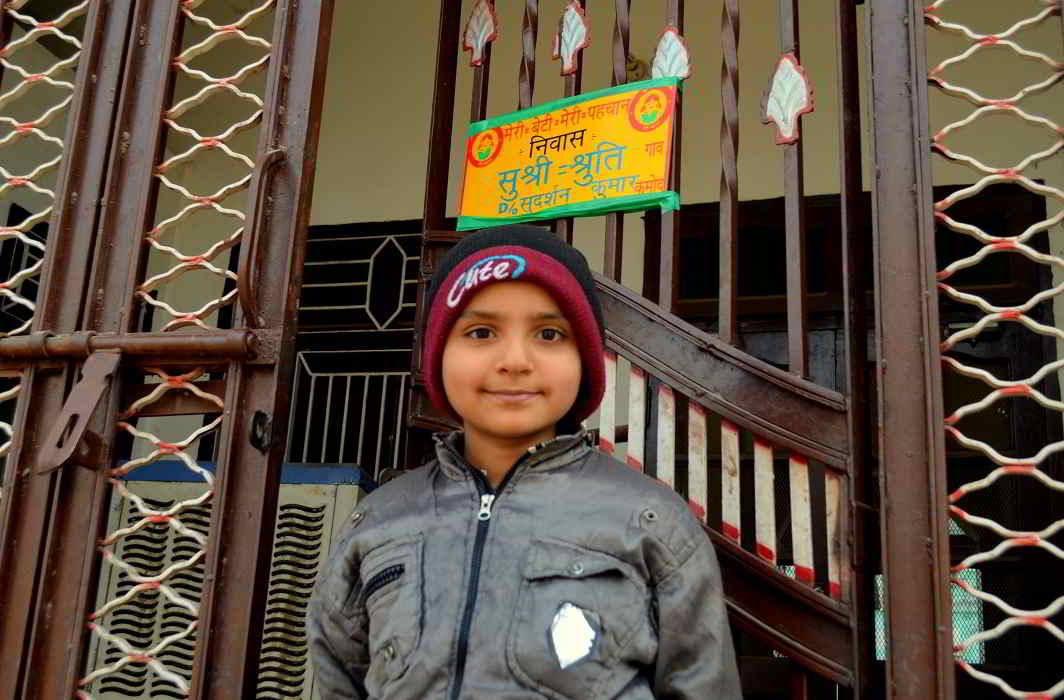 Meet nine-year-old Shruti Kumar, who studies in Third C. The little lady is excited to have ‘occupied’ the nameplate of her house. But it is the excitement of a child. Her father Sudarshan Kumar, the village sarpanch, however, shares with us the rationale of the move. He also lets us know how the campaign will pan out.

“Our village has taken this initiative because we saw that in the Rio Olympics, it was our women who saved the day,” says Kumar. “In our own village a few days ago, a girl named Preeti won a prize for making a documentary about legal literacy on female foeticides. Our daughters have also won first position in sports at state level,” he recounted, adding, significantly, “We, too, here recognise that women are not far behind than men in any field.”

It was Aamir Khan’s blockbuster Dangal that inspired many in the village though Kumar adds that the campaign had been planned before the film’s release. Says he: “The movie made us think, if we can use our daughters to do all the daily chores, why can’t we give them a chance to prove themselves in other fields?”

“Since the Sarpanch has initiated this campaign, everyone is excited and motivated,” says Jagdish Chahar, a village landlord. 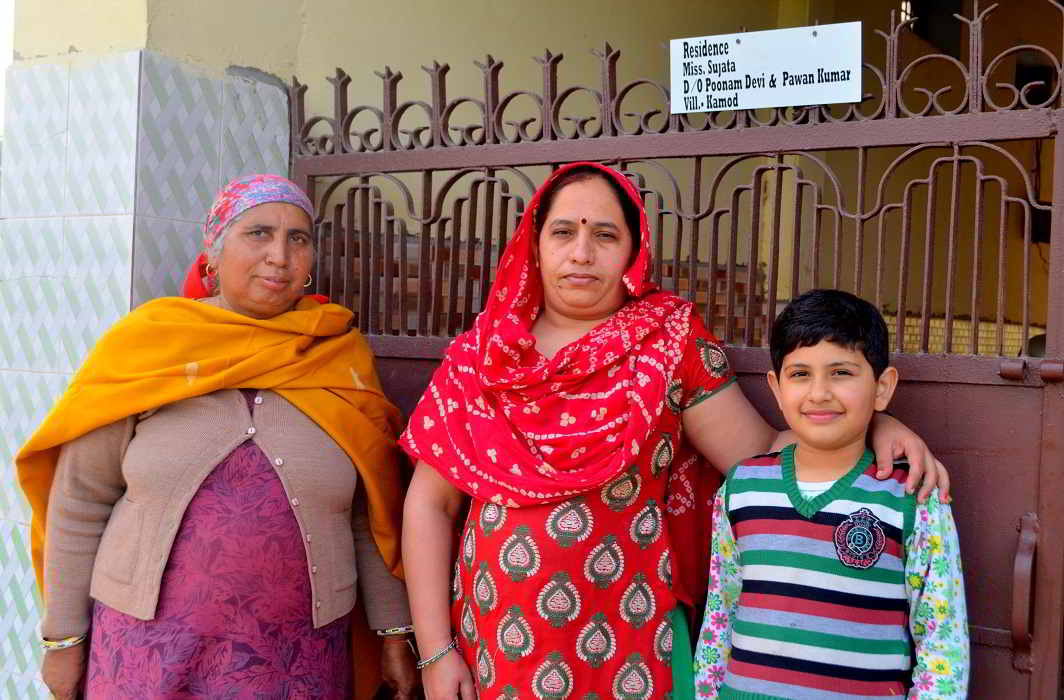 Rajwani, Poonam and Sujata pose for a photograph

Rajwanti Devi, who is in her late 50s, is one of the anganwadi workers whose home sports her granddaughter’s name on the door and who has played an active role in the campaign. “We want to set an example for other villages,” says she. She, too, admits, that the “story of the Balali sisters” inspired her and her daughter-in-law Poonam Devi, Sujata’s proud mother.

Cinema is a powerful catalyst for social change and Kamod’s story proves it. Having an impressive child sex ratio (0-6 years) of 1,300 girls against 1,000 boys (When the panchayat was formed, members had decided they will honor those homes where a girl was born during Independence Day and Republic Day, says Kumar), Kamod village has around 450 houses and a population of 2,100. It is 15km from Balali village, where wrestler sisters Geeta and Babita live with their father Mahavir Singh Phogat. 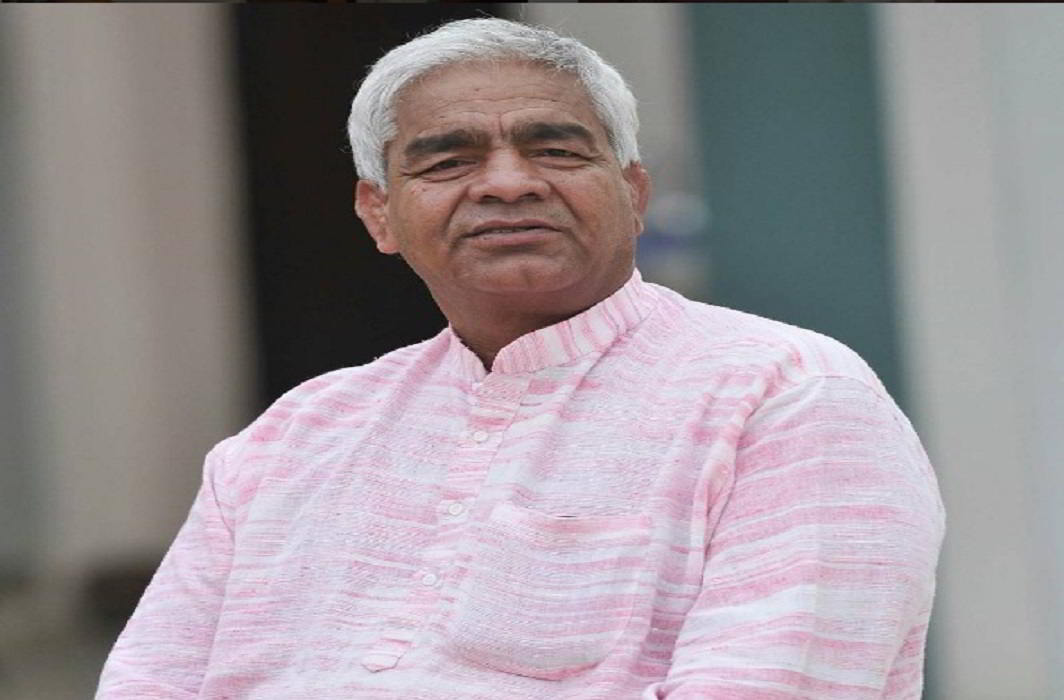 The man who started it all, Mahavir Phogat of Balali village

Mahavir Phogat told India Legal: “This is a great initiative. It will set a good example for the rest of the villages so that they can give their daughters the real honour that they deserve. Through this initiative, girls will claim their identity. When such initiatives are started, it also gives the girls a chance to remain in news and be treated equally also by the media.” In chaste Haryanvi, the proud father added: “Dekho bhai nameplate pe naam aaega to charche to honge hi. Isse badi kya baat ho sakti hai bacchio ke liye? (When their names will appear on the nameplates, it will definitely bring much-needed attention to the girls, and what could be better?)”

Manju Rani travels daily to the city to attend her BA first year classes. All she wants is employment and autonomy before she gets married, she says. Then there is Vandana, an eighth grader, who wants to be a doctor because she likes studying. The teen feels that Dangal is a “wonderful film which left a mark” on her mind.

The village struggles with its own share of problems.  Lack of an internet connection, no hospital and no playground (eventhough the panchayat has purchased sports gear for youngsters) are some of them.

Sarpanch Kumar and his team are working on these. As of now, they are getting a new sewerage system laid. A playground is next on their agenda.[/vc_column_text][/vc_column][/vc_row]