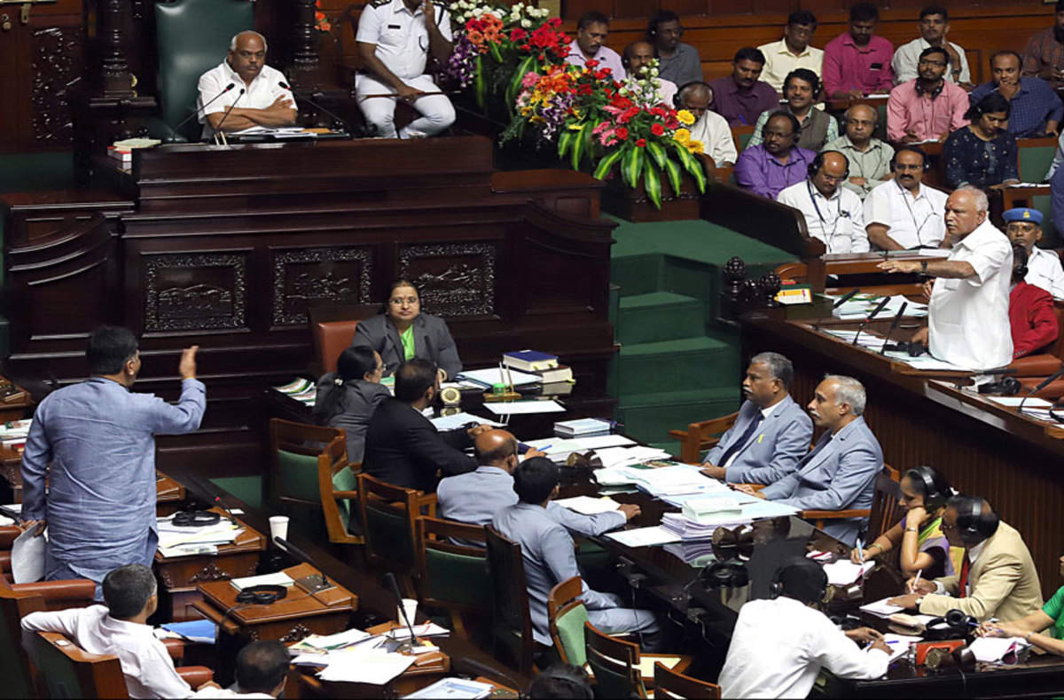 The turmoil in Karnataka politics does not seem to be any nearer to a resolution today (Friday, July 19) as questions of powers of Governor and that of Speaker came up on the issue of the wobbly Congress-JD(S) coalition government’s trust vote motion to decide the issue.

The Governor, whose first deadline for completing trust vote by 1:30 pm today passed unheeded, remained unfazed and issued a new deadline of 6 pm today. There was little likelihood of it being respected, though.

Meanwhile, Karnataka Pradesh Congress Committee (KPCC) President Dinesh Gundu Rao has moved the Supreme Court claiming that the apex court’s order dated July 17 (which directed that 15 rebel MLAs cannot be compelled to attend Assembly) violated the party’s right under the Tenth Schedule of the Constitution to issue whip to the legislators.

Earlier, Speaker Ramesh Kumar contended that the Governor’s order to complete the floor test by 1.30 pm was for HD Kumaraswamy to decide since the letter was sent to the Chief Minister. Governor Vajubhai Vala had stepped in yesterday after the Speaker remained undecided on the resignations of the rebel MLAs and directed Chief Minister HD Kumaraswamy to prove his majority by 1.30 p.m. on the floor of the Assembly on Friday.

The confidence motion was initiated in Assembly today with a list of legislators scheduled to speak and it was clear that the Governor’s deadline ignored completely. When the Assembly took a break till 3pm, speaking to journalists Congress leader Siddaramaiah ruled out the possibility of a floor test today. “The discussion is still not complete and 20 members are yet to participate. I don’t think it will finish today and will continue on Monday,” he was quoted as saying by ANI.

“Speaker is supreme on this matter,” he said.

“Whether the Governor’s order has to be followed or not will be decided by the Chief Minister because the letter was sent to him. It’s left to him to obey it or not. I will conduct the house as per the rules of the house,” he said.

Earlier, he had made it clear: “Unless the discussion is over, there cannot be a vote.”

While BJP members continued to protest over the issue, the deadline of 1.30 pm given by the Governor for a vote had passed. The Congress and the JD(S) members took exception to Governor Vajubhai R. Vala’s message to Speaker KR Ramesh Kumar and to the House to set a time limit to complete the process on trust motion moved by Chief Minister HD Kumaraswamy. They raised slogans “Go Back Governor” and called him BJP and Amit Shah’s agent. This led to a pandemonium in the House.

Speaking at the Assembly session which began at 11 am, Kumaraswamy told the Speaker that he has to decide whether the Governor can set a deadline for him (1.30 pm Friday) to prove majority. He also referred to a Supreme Court verdict that the Governor cannot act as ombudsman of Legislature.

“The Governor has set a deadline for me at 1:30 pm to prove my majority. Supreme court has left to your discretion to conduct the proceedings of the house. I have already moved the motion of confidence. I will leave it to your discretion to decide whether the governor can issue such direction,” Kumaraswamy told the Speaker.

“There needs to be a debate about how constitutional provisions are being circumvented. Can it be completed in such short time?” he asks.

Minister Krishna Byre Gowda argues that Governor can stipulate time for the Chief Minister to seek confidence motion when he feels he has lost majority. “But this case is different. Here the Chief Minister has already moved the motion and is under debate. The motion is the property of the house. Our constitution doesn’t let anyone to become dictatorial either governor or the speaker,” he says.  He cited judgements of the Supreme Court to bolster the argument that Governor cannot intervene in this matter and set deadlines.

Also Read: Chandrayaan-2 to be launched at 2.43 pm on July 22 now, announces ISRO

BJP MLA J C Madhuswamy says the session and government were different. “It is he who has installed this government and he has the right to ask such govt to prove its majority at any moment”, he says. He said the party is not interested in any further debates citing precedents. Byre Gowda shots back saying “it’s not surprising from a party that does not believe in Constitution”.

Senior Minister RV Deshpande says Governor had a constitutional right to seek a confidence motion, but that was before the motion was moved. Once the motion has been moved, it’s left to the speaker to decide on the proceedings. “We have to follow good precedents and values of democracy,” he said.

Senior BJP leader Basavaraj Bommai argues that the Governor has a right to interfere when the govt is already in minority. Congress objects to this and asks from where he is drawing such an inference. Leader of opposition BS Yeddyurappa demands division of vote.

Speaker KR Ramesh, on the other hand, lashed out at the legislators for accusing him of delaying the trust vote process and indulging in “character assassination”. “You may have your own apprehensions but let me make it clear… I have led fairly in public life. Character assassination is easy but those commenting on me please look at your background,” he said. 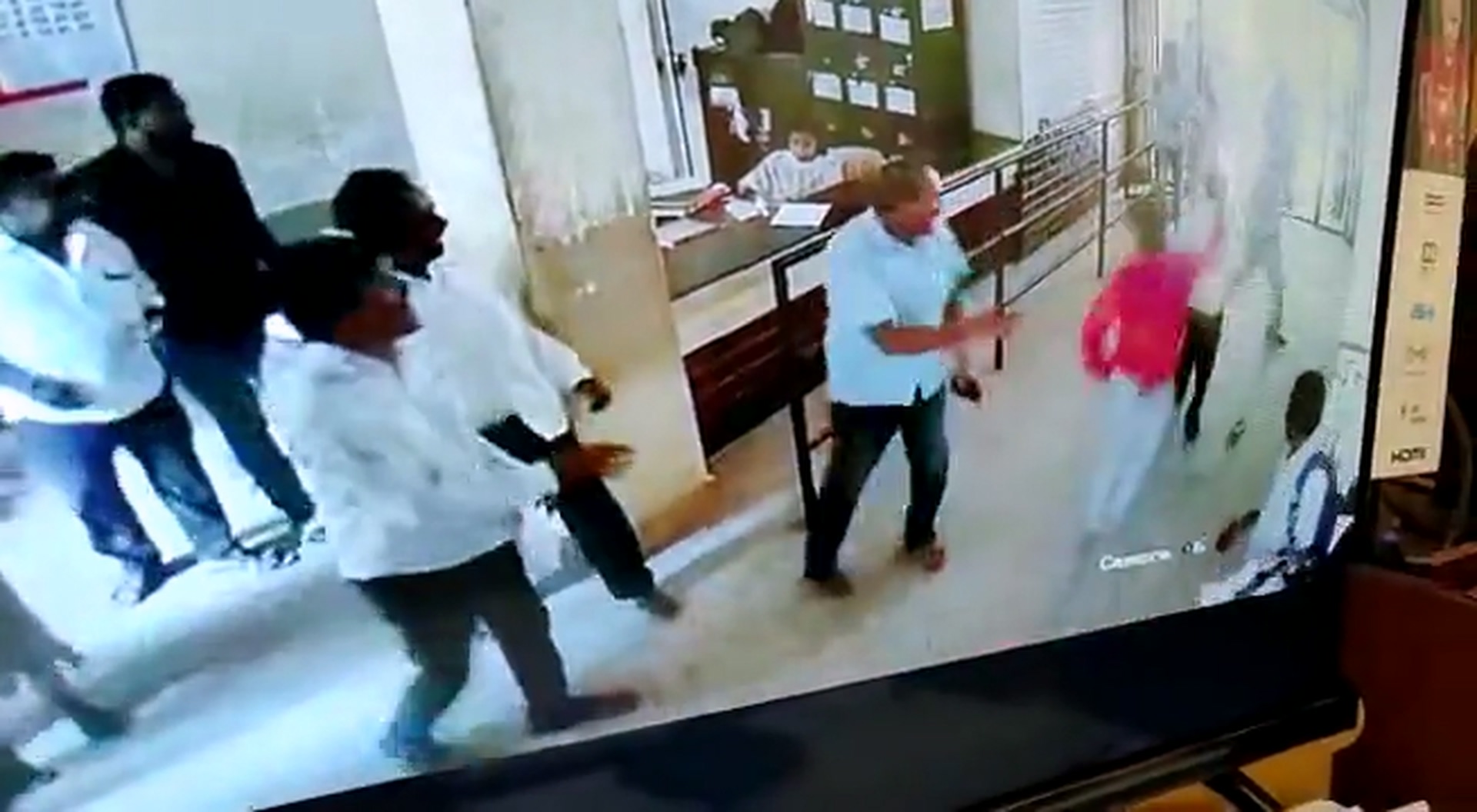 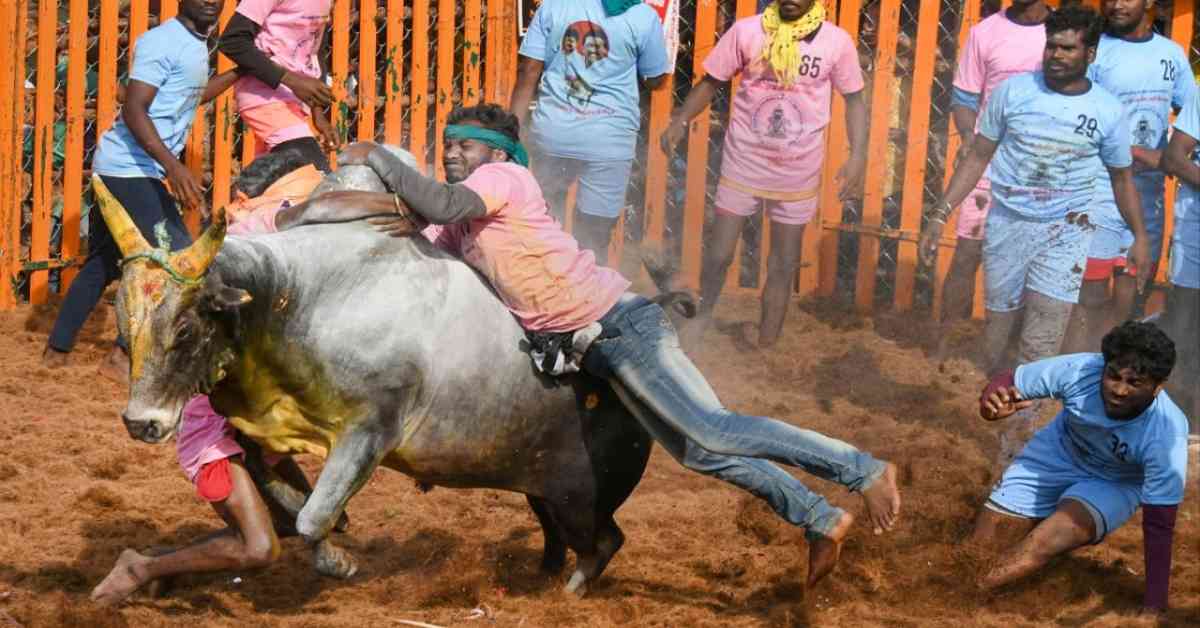 According to reports the pilot of the paraglider was identified as Muttana who had an experience of flying a paraglider of over 4 months. It was also reported, the two paraglider-borne men were rushed to the hospital after crash landing. A hair-raising incident has come to light from Karnataka’s Kodagu where a paraglider had to do crash landing owing to an engine failure. It was reported that both the paraglider-borne men survived the crash landing, however, faced injuries.

The crash landing transpired on the main road located near Lakshmana Tirtha river at Nittur in Karnataka’s Ponnampet Taluk.

The prompt action by the car driver stopped the incident from taking an ugly turn as the paraglider and the car close shaves and narrowly escapes from colliding into each other.

According to reports the pilot of the paraglider was identified as Muttana who had an experience of flying a paraglider of over 4 months. It was also reported, the two paraglider-borne men were rushed to the hospital after crash landing. They reportedly survived the crash, however faced several injuries due to the crash landing.

After the video went viral, one user wrote and said that rather than the paraglider, the car survived from what could have been a horrific accident, implying that the car would have had more impact as a paraglider was coming in their direction.

Another user wrote and said that was a rough landing, implying that the pilot must have had a tough time landing the paraglider as the landing looks to be crass and abrupt and not smooth at all.

Another user wrote and questioned what happened to the van, implying that the van must have faced some sort of impact due to the crash landing of the paraglider.