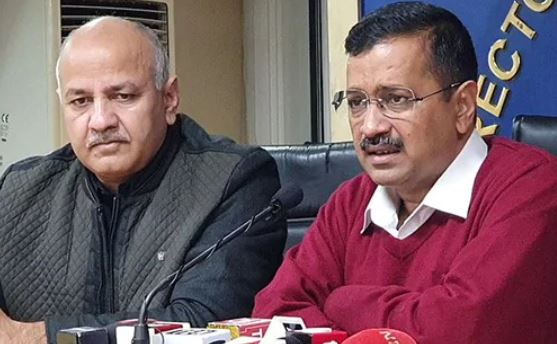 Australia beat West Indies by eight wickets in a Group 1 fixture of the ongoing T20 World Cup at the Sheikh Zayed Stadium in Abu Dhabi. Chasing a target of 158, Australia won the game with 22 balls to spare. Earlier, Josh Hazlewood starred with the ball as Australia.

All India Institute of Medical Sciences (AIIMS) director Dr Randeep Guleria on Saturday cautioned against severe cases of Covid-19 due to rising air pollution as the national capital’s air quality reached dangerous levels. Urging people to wear masks to protect themselves from both Covid and pollution, Guleria said bad air can also have a major impact on respiratory health.

The Army on Saturday has launched a major combing operation in the Khablan forests of Jammu and Kashmir’s Rajouri district after villagers reported the presence of heavily armed terrorists in the area.
The Thanmandi-Rajouri road has been closed to traffic as a precaution.

Delhi Deputy Chief Minister Manish Sisodia on Saturday announced that the government has put the capital on alert over the alarming spike in Zika cases in Uttar Pradesh’s Kanpur district,
He said: Delhi government is carefully monitoring the developments.

Uttar Pradesh’s Kanpur has become the new hub of the Zika virus. With 13 new cases reported in Kanpur on Saturday, the total tally of cases of the mosquito-borne disease reaches 79.

After Gopalganj and West Champaran, four people died in the Samastipur district in Bihar late on Friday, November 5, 2021, due to suspected consumption of spurious liquor.

Officials said that four people died in Rupauli Panchayat in the Patori block of Samastipur district and the cause of their deaths could be known only after the post-mortem reports.

Former Maharashtra Home Minister Anil Deshmukh has been sent to judicial custody for 14 days in a money laundering case. The NCP leader was arrested by the Enforcement Directorate (ED) in connection with money laundering and extortion charges on Nov 2.

Delhi government on Saturday extended their free ration scheme for six more months after Centre announced that they will stop the scheme after November. Delhi CM Kejriwal also urged Modi government to extend the scheme for poor.

The Bharatiya Janata Party (BJP) will hold its national executive meeting on Sunday in Delhi, with senior party leaders, including Prime Minister Narendra Modi and Union home minister Amit Shah, scheduled to be in attendance.
The meeting will take place in hybrid form, with some attendees to be present physically, while others will attend virtually.

10 dead, several injured in a fire at Ahmednagar’s Hospital in Maharashtra

At least 10 patients died and several others were injured after a massive fire ripped through the ICU of the Ahmednagar Civil Hospital on Saturday, informed District Collector Rajendra Bhosale.
Four fire tenders have been rushed to the spot to douse the flames which were spreading to other adjoining wards with attempts underway to control the blaze and shift the patients from the affected areas.

Punjab Advocate General APS Deol has on Saturday hit back at Punjab Congress chief Navjot Sidhu who has demanded his resignation for representing two accused cops in the 2015 sacrilege and police firing case.
Deol slammed the former cricketer for repeated utterances (that) seek to derail the earnest efforts of the state to ensure justice in the drugs matter and the sacrilege cases”.

Swapna Suresh, prime accused in the Kerala gold smuggling case, was released from jail on Saturday after spending 16 months behind bars. Kerala High Court granted her bail on November 2.
She got bail on November 2 in the case registered by NIA under UAPA on a Rs 25 Lakhs bail bond and 2 solvent sureties.

Former Maharashtra home minister Anil Deshmukh will be presented before the special Prevention of Money Laundering Act (PMLA) court today. The 71-year-old was sent to the custody of the Enforcement Directorate (ED) till November 6.
He was arrested by the ED on Monday night after 12 hours of questioning.

Bharat Biotech’s US partner Ocugen has announced that it had asked the US Food and Drug Administration (FDA) for Emergency Use Authorisation (EUA) of Covaxin for children below 18.
Bharat Biotech’s clinical lead for Covid-19 vaccines Dr. Raches Ella said: “We are pleased to announce our EUA filing to the US-FDA through our partners-Ocugen.”