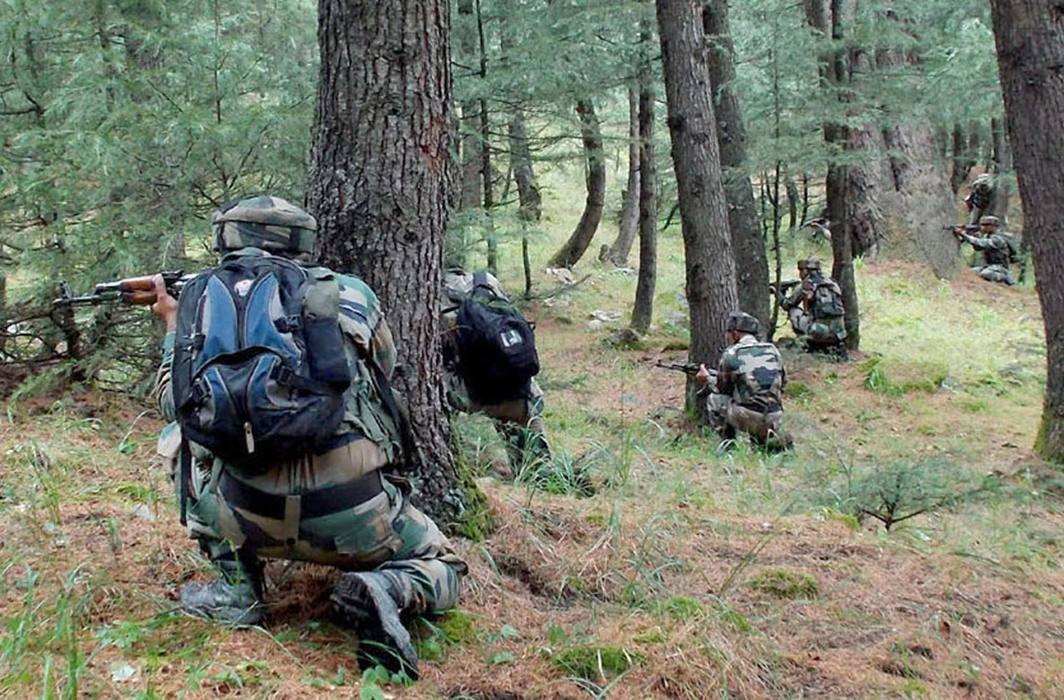 The infiltration bid was foiled and two terrorists were also shot dead, the army said in a statement. Gurez is situated in Bandipora of North Kashmir.

A group of militants attempting to infiltrate into Indian territory were intercepted by the security personnel at Govind Nallah in Gurez sector of Bandipore district. At least two militants were killed in the subsequent exchange of fire. Army reinforcements were rushed to the encounter site.

Initial reports said a group of eight was trying to infiltrate into the country. Of them, four ran back to Pakistan-occupied-Kashmir, officials said.

The Pakistani forces have been targeting Indian positions at Gurez since Monday night, in a possible attempt to provide covering fire to the group of heavily armed infiltrators, media reports said.

Meanwhile, Union Minister of State for Home Hansraj Gangaram Ahir informed the Lok Sabha today that 69 terrorists have infiltrated into Jammu and Kashmir from across the border till June this year, reported The Indian Express (IE). There were 133 attempts of infiltration by terrorists from across the border and there were 69 net infiltrations, he said in written reply to a question.

Ahir said till June this year, 14 terrorists were killed while 50 others were returned from border. A total of 123 terrorists could enter Jammu and Kashmir following 406 infiltration attempts from across the border in 2017.

“As per reports, some locals have been found supporting terrorist activities in Jammu and Kashmir. Appropriate action under law is taken against such persons. Security forces have been tackling terrorism successfully and as a result 694 terrorists have been neutralized and 368 terrorists or suspects have also been apprehended since 2014 to July, 2018,” he said.