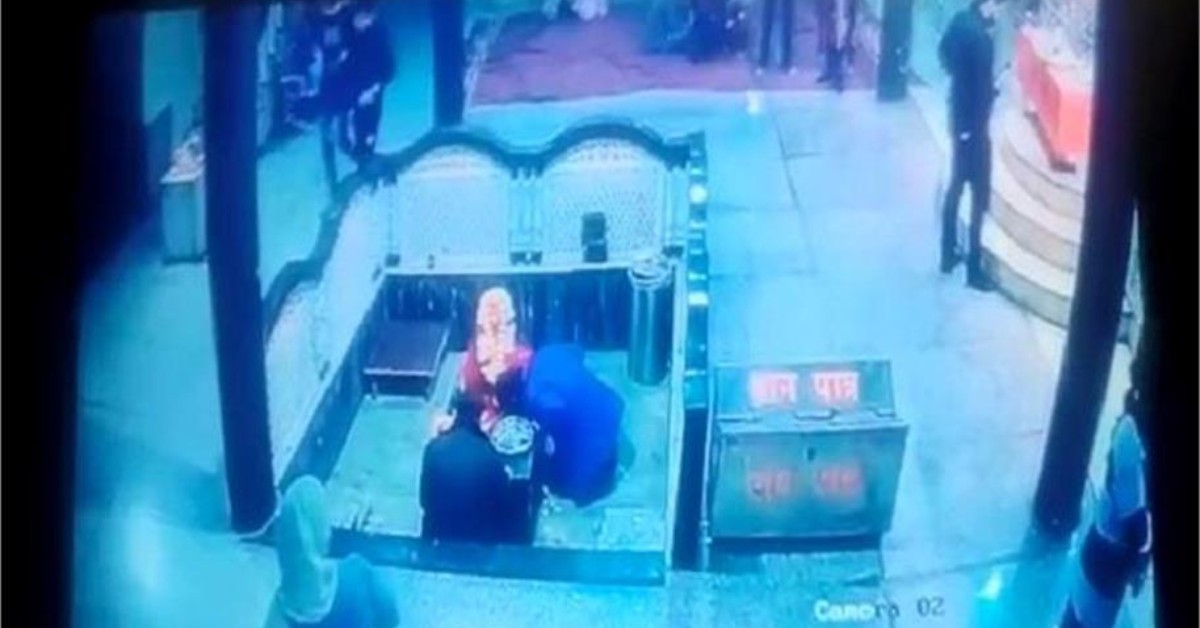 A 42-year-old man, who had gone to visit Sai Baba temple, died inside the temple premises in Katni district of Madhya Pradesh.

The video of the incident has gone viral on social media.

The viral video shows the man bowing his head down before the statue of Sai Baba in the temple and collapsing to never get up again. He sat in that position for a long time. When people went near and saw, he had already died. The cause of death is said to be a heart attack.

This entire incident has been captured in the CCTV camera installed in the temple. Its video surfaced on Saturday. The name of the deceased was Rakesh Mehani (42), he lived in Sant Nagar. He went to visit Sai temple on Thursday evening. This temple of Sai Baba is in Paharua Anaj Mandi area of Kuthala police station area.

Rakesh Mehani was taking circumambulating the statue of Sai Baba in the sanctum sanctorum of the temple. After he walked, he bows his head and sits in front of Sai Baba. He sits in this posture for a long time. Seeing no movement, the members of the temple management come to him. They shake him and see, but there is no movement in the body. After this he is taken to a private hospital.

The family did not get Rakesh’s post-mortem done. Because of this, the actual cause of death could not be ascertained. Doctors say that the possible cause of death seems to be a heart attack.

The economic condition of the deceased Rakesh Mehani was not good, he lived in a rented house in Sant Nagar. He used to work in a medical shop to provide for his family. Rakesh was married and has a younger daughter.