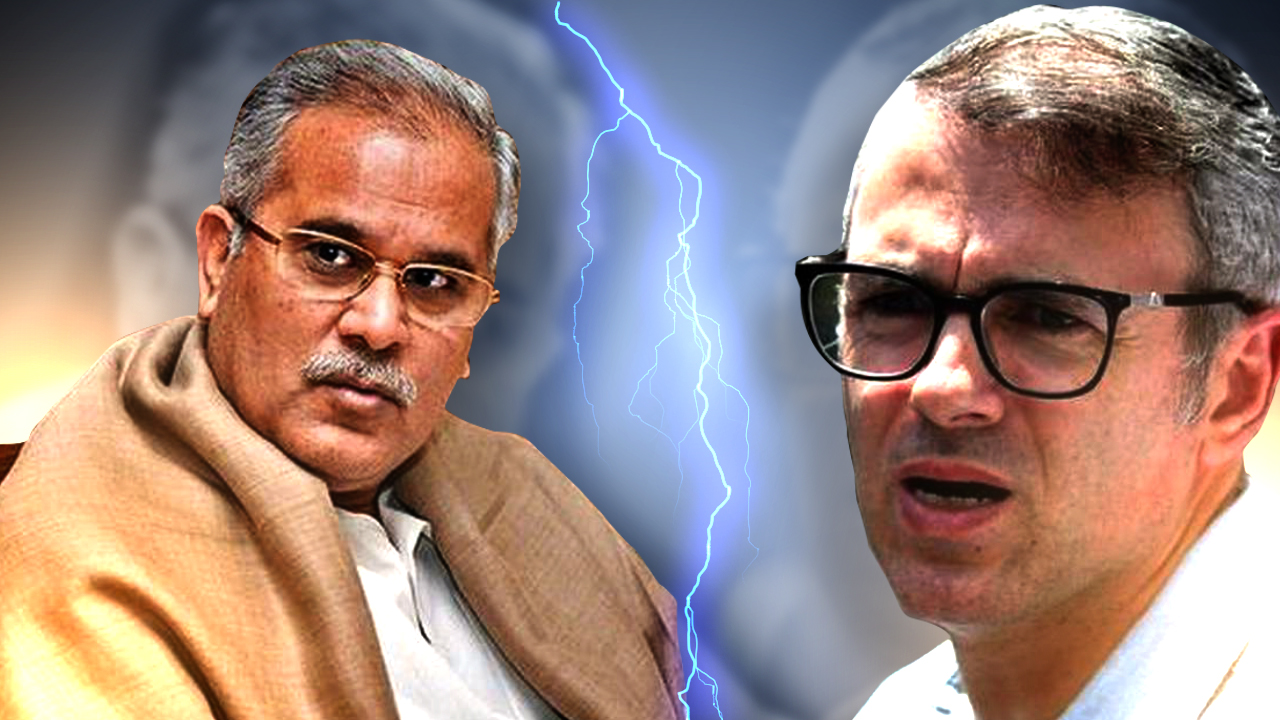 National Conference leader Omar Abdullah today threatened legal action against Chhattisgarh Chief Minister Bhupesh Baghel for implying that Congress rebel Sachin Pilot’s moves were linked to he and his father being released from detention in Kashmir earlier this year. Bhupesh Baghel, in turn, refused to back down, saying he would “keep asking questions”.

In a strong tweet Omar Abdullah said, I am fed up of the downright malicious and false allegation that what Sachin Pilot is doing is somehow linked to my or my father’s release from detention earlier this year. Enough is enough. Bhupesh Baghel will be hearing from my lawyers,”

Chhatisgarh CM Baghel retorted by saying, “Please do not try to turn this tragic demise of democracy into an opportune moment Omar Abdullah ji. The ‘allegation’ was only a question asked, and we will keep asking it, as will the country.”

The war of words continued with Omar Abdullah shooting back, “You can send your answer to my lawyers. This is what is wrong with the Congress today, you don’t know your friends from your opponents. This is why you people are in the mess you are in. Your ‘question’ was malicious and will not go uncontested.”

Omar Abdullah, whose sister Sara is married to Sachin Pilot, was freed after seven months of detention in Srinagar on March 24. Days before that, his father and former Union Minister Farooq Abdullah was also released from house arrest. They were among scores of political leaders detained last August as part of massive security curbs after special status to Jammu and Kashmir was scrapped.

Baghel sought to link Sachin Pilot’s revolt with the release of the Abdullahs in an interview to a newspaper. Baghel told the newspaper, “As far as Sachin Pilot is concerned, not that I have been tracking the Rajasthan events so closely, but it does make one curious why Omar Abdullah was released. He and Mehbooba Mufti were booked under the same Sections of the law, while she is still languishing, he is out. Is it because Omar Abdullah is brother-in-law of Sachin Pilot,” Baghel had said, hinting at a quid pro quo based on Congress allegations that Pilot is conspiring with the BJP to bring down its government in Rajasthan.

In a statement, the National Conference said it “unequivocally rejects such malicious, false and politically motivated statements that are used for convenient political posturing” and that it is considering legal action.

Baghel’s comment, apart from being “false and scurrilous”, was defamatory to the reputation of Omar Abdullah, said the National Conference, adding that it was public knowledge that the release of its leaders followed a legal challenge. “Given the indefensible nature of the illegal detention order the same was revoked by the government during the course of the proceedings before the Supreme Court,” said the statement.